Did President Trump Kiss Bob Dole on the Forehead? 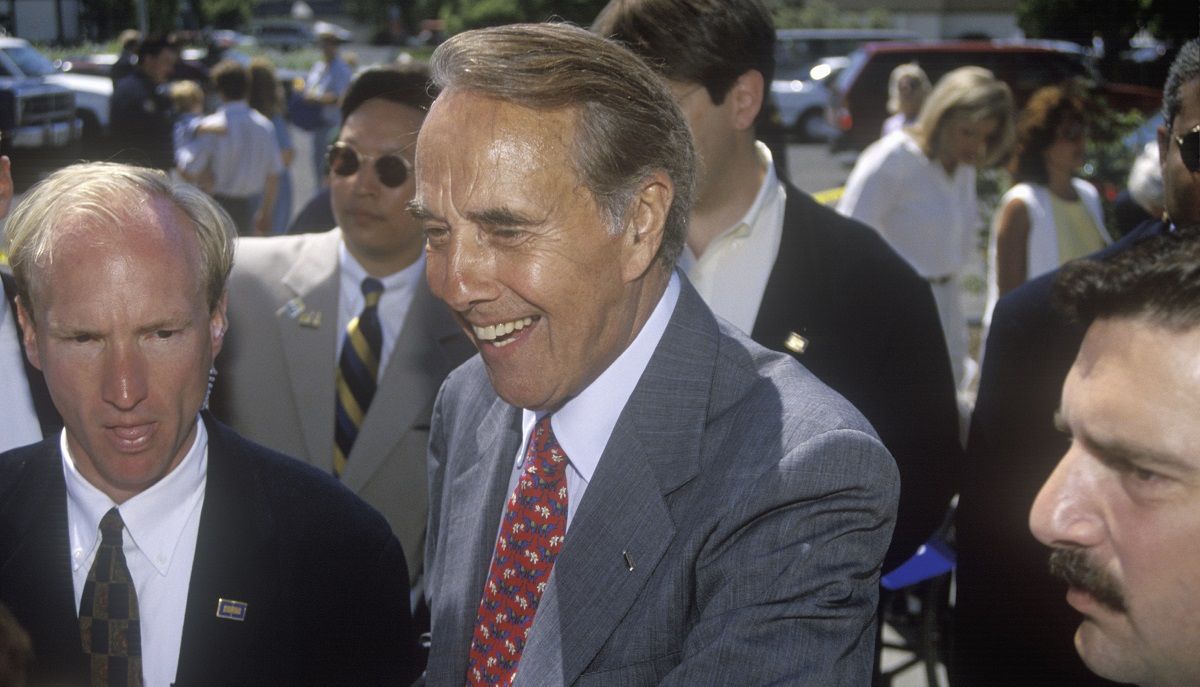 The internet's interest in this image, and Bob Dole in general, spiked in December 2018 after the 95-year-old politician rose from his wheelchair in order to salute Bush's casket. (Dole was gravely wounded by an artillery shell during World War II that left him with permanent disabilities.)

Although this photograph is genuine, some viewers may have been left with the inaccurate impression that it was taken during Bush's funeral.

The picture of Trump's kissing Dole on the forehead was actually taken in January 2018 during a ceremony held in the Capitol Rotunda, upon which occasion the former senator was bestowed with a Congressional Gold Medal. The original is available via UPI, who display it with the following caption:

During a ceremony in the Capitol Rotunda, Dole was presented Congress' highest civilian honor by President Trump, Vice President Pence and Senate and House leaders.

President Trump kisses World War II veteran and former Senate majority leader Bob Dole as he received the Congressional Gold Medal, the highest civilian honor, "in recognition of his service to the nation as a soldier, legislator, and statesman.”