Did Trump Ask, 'How Can You Possibly Discover Anything If You Already Know Everything?'

Or as former defense secretary Donald Rumsfeld might ask, "Do we know what the unknowns are"? 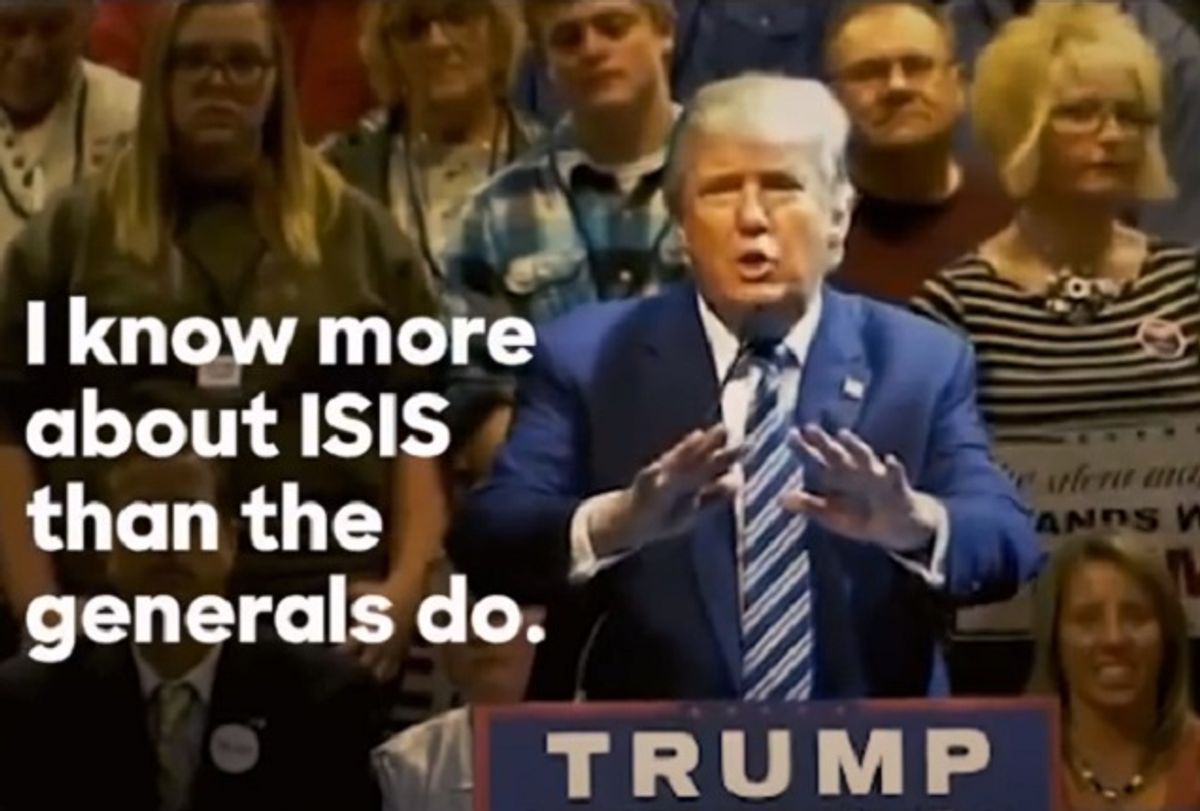 Claim:
Donald Trump once questioned, "How can you possibly discover anything if you already know everything?"
Rating:

One of the many aspects of President Donald Trump's behavior that critics have repeatedly seized upon is his repeated assertions that he knows more about various subjects than anyone else. As the following supercut demonstrates, Trump has claimed -- sometimes more than once -- that he "understands better," "has studied better," or "knows more about" (than "any human being on Earth") all of the following subjects: taxes, income, construction, campaign finance, consultants, drones, technology, infrastructure, non-immigrant worker visas, ISIS, the press, environmental impact statements, the environment, windmills, Facebook, renewables, polls, courts, health care, steelworkers, Turkey and the Kurds, banks, trade, nuclear weapons, tax laws, lawsuits, money, debt, political contributions and politicians:

It was with a substantial heaping of irony, then, that some detractors declared that Trump had (hypocritically) contradicted himself by once proclaiming that "The more you know, the more you realize how much you don't know" and asking "How can you possibly discover anything if you already know everything?":

While we can't state with certainty exactly what Trump meant or what prompted his remark, we can verify that he did indeed tweet the statement in question on June 30, 2014, in an entry that remains visible in his Twitter account's timeline: