Did Trump Try To Deflect Attention From His COVID-19 Response by Criticizing Obama's to H1N1?

Within a year of the first confirmed H1N1 case in the U.S, more than 69 million people had been infected, resulting in more than 12,000 deaths. 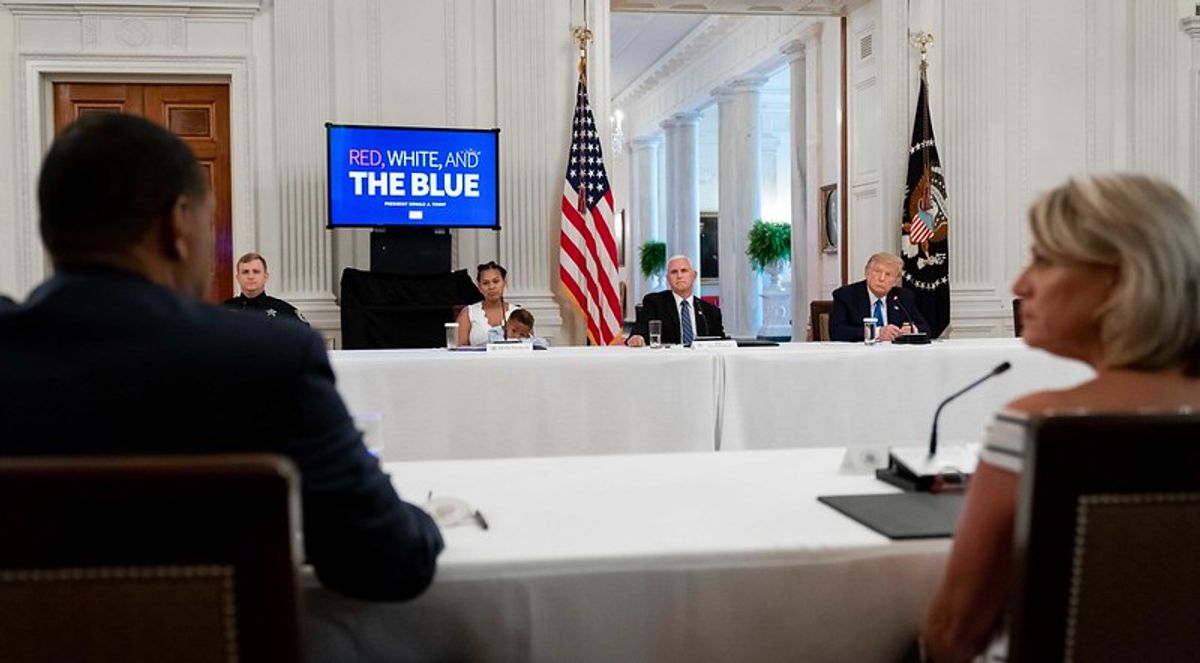 Claim:
U.S. President Donald Trump tried to deflect attention from his response to the COVID-19 coronavirus pandemic by repeatedly comparing it to President Barack Obama's handling of the H1N1 pandemic.
Rating:

For much of 2020, U.S. President Donald Trump tried to shift the spotlight on his response to the COVID-19 pandemic by criticizing former President Barack Obama's handling of the 2009 H1N1 influenza pandemic, which Trump claimed resulted in the deaths of as many as 17,000 people.

Also known as the "Swine Flu," the novel influenza A (H1N1) virus was first detected in the U.S. in April 2009 and quickly spread around the world, eventually prompting the World Health Organization (WHO) to declare a global pandemic. Trump launched his first Twitter attack criticizing "Sleepy Joe Biden" (Biden was vice president under Obama) and the Obama administration's response to the H1N1 pandemic on March 12, 2020, eight months before the presidential election in which Biden would be the Democratic challenger. As of this writing, at least 11 similarly phrased tweets had been posted by the president's account, the most recent of which was shared on Sept. 3, 2020. (An archived review of Trump's posts related to H1N1 can be found here.)

He didn't just criticize Obama on Twitter. During a July 13 roundtable with law enforcement officers, a reporter asked Trump if the number of coronavirus cases was increasing because testing was also increasing. In his response, the president falsely claimed that the U.S. had one of the lowest COVID-19 mortality rates before pivoting the conversation to the Obama administration’s response to the 2009 H1N1 flu.

If you know, Biden and Obama stopped their testing; they just stopped it. You probably know that. I’m sure you don’t want to report it. But they stopped testing. Right in the middle, they just went, “No more testing,” and on a much lesser problem than the problem that we have, obviously with respect to — this is the worst thing that’s happened since probably 1917. This is a very bad — all over the world. It’s 188 countries right now.

At a news conference the following day, the president further defended his actions during COVID-19.

His claims about H1N1 testing are misleading, and some news publications have posited that the president's criticism of the Obama administration's response to H1N1 was an attempt to pivot attention away from the Trump administration’s contentious response to COVID-19, while simultaneously taking jabs at then-presumed U.S. Democratic 2020 presidential candidate Joe Biden. In an April 24, 2009, interview with Fox News, Trump had actually praised Obama's response to the H1N1 pandemic.

The Obama administration didn’t "totally" stop testing, as Trump claimed. Rather, leading health officials with the Centers for Disease Control and Prevention (CDC) halted some — but not all — forms of testing around the nation and revised the methods for how confirmed cases were reported in the months leading up to Obama’s Oct. 24 national emergency declaration. A microscopic view of the H1N1 flu virus. CDC

Human H1N1 infection was first detected in California on April 15, 2009, prompting WHO to declare a global public health emergency just 10 days later on April 25. The following day, Kathleen Sebelius, then-U.S. Secretary Department of Health and Human Services under the Obama administration, declared a public health emergency, a 90-day declaration that frees up additional funding for significant outbreaks of infectious disease. At the time, the U.S. had 20 confirmed cases, but no deaths had been reported. It wasn’t until June 11 that WHO declared a pandemic.

According to a timeline compiled by the CDC, all 50 states, the District of Columbia, Puerto Rico, and the U.S. Virgin Islands had reported confirmed cases by June 19. During a July 24 press briefing, the agency announced its controversial decision to halt some H1N1 testing and to no longer require states to report H1N1 cases.

The decision was made in large part due to the limited capabilities of testing available in 2009. Rapid influenza diagnostic tests at the time were incapable of distinguishing between H1N1 and the seasonal influenza A viruses, and by September 2009, it was estimated that more than 99% of flu viruses circulated in the U.S. were H1N1, making rapid testing for H1N1 an obsolete burden on the healthcare system. According to historical archives, the CDC concluded that the high likelihood of multiple strains of seasonal influenza viruses co-circulating with H1N1 made it nearly impossible to accurately determine the total case count and would ultimately result in a "vast underestimate of the true number of cases" of H1N1 that could exacerbate biases throughout the pandemic as more people became ill.

Laboratory tests for H1N1 available in 2009 could take up to a week to produce a diagnostic and were only recommended for individuals who were hospitalized with the suspected flu, pregnant, or had weakened immune systems.

As the 2009 pandemic progressed, U.S. health officials also changed the way that H1N1 confirmed cases were reported. Though flu surveillance in 2009 was carried out throughout the year, routine flu reporting conducted by public health officials only occurred between October and May, during peak infection periods. The CDC shifted its priority from individual reporting of H1N1 cases to instead focus on describing the illness and its overall pattern and asked that states only report either laboratory-confirmed hospitalizations and deaths or syndromic cases, which are a combination of influenza or pneumonia. (Reporting data is available here.) The agency issued the following statement:

Individual case counts were kept early during the 2009 H1N1 outbreak when the 2009 H1N1 virus first emerged. As the outbreak expanded and became more widespread, individual case counts become increasingly impractical and not representative of the true extent of the outbreak. This is because only a small proportion of persons with respiratory illness are actually tested and confirmed for influenza (including 2009 H1N1) so the true benefit of keeping track of these numbers is questionable. In addition, the extensive spread of 2009 H1N1 flu within the United States made it extremely resource-intensive for states to count individual cases. On July 24, 2009, CDC discontinued reporting of individual cases of 2009 H1N1 but continued to track hospitalizations and deaths.

The CDC decision came after WHO announced on July 16 that it would no longer issue global reports on confirmed H1N1, as the agency no longer deemed such reporting essential to mitigating the spread of the virus to other countries. WHO said that the spread of H1N1 was “considered inevitable” after the virus had swept across the globe with “unprecedented speed.”