Did Trump Use 'Crib Notes' During Listening Session with Parkland Survivors?

A photograph showing President Trump holding notes during the listening session with survivors of the Parkland, Florida, school shooting is genuine. 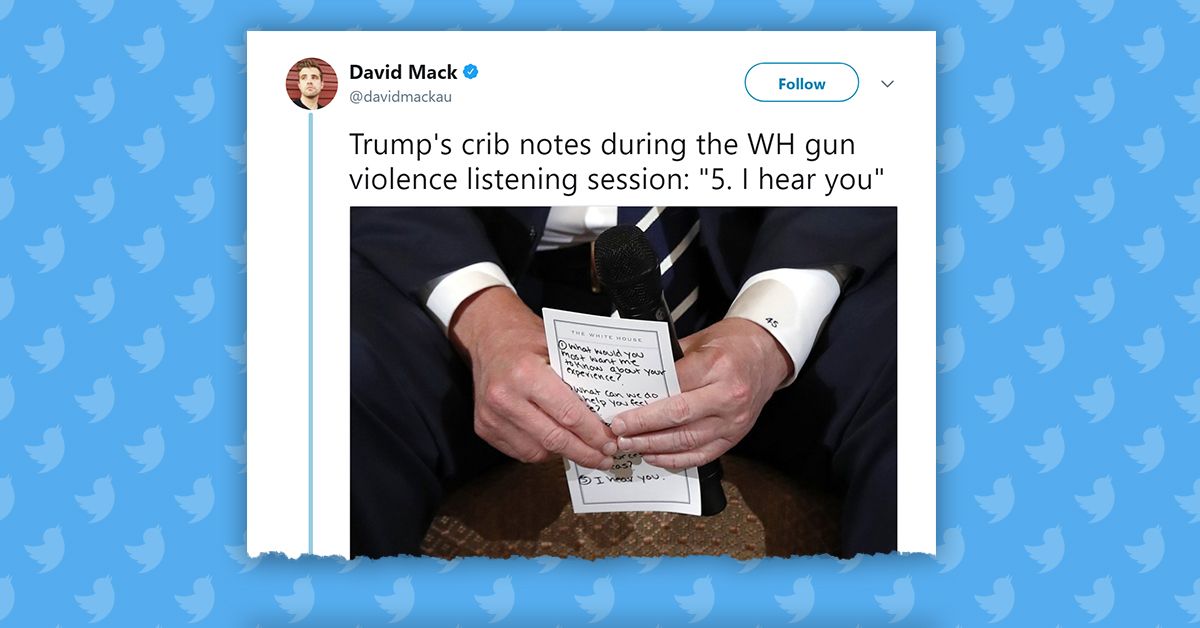 If there were an internet survival guide, right at the top in bold letters would be the words: "Never, under any circumstances, be photographed holding a sheet of paper." Image doctoring pranks have become so ubiquitous that the internet-savvy have become suspicious even of genuine photographs of people holding papers or signs. Such was the case in February 2018, when an image surfaced of President Trump meeting with survivors of a deadly high school shooting in Parkland, Florida:

As people mocked Trump for seemingly needing to be reminded of how to express empathy toward the survivors, others questioned whether the image had been doctored. The image is real, as are the notes in the President's hand.

This is a genuine photograph of President Trump holding crib notes during the listening session with Parkland survivors on 21 February 2018. Associated Press photographer Carolyn Kaster took the photograph, which is accompanied by the following caption:

The Associated Press published least two other photographs of Trump holding these notes. Getty Images also captured at least two more images of the notes . The full card is not viewable in any of the photographs but we've managed to piece together the five notes Trump used during the talking session:

1.) “What would you most want me to know about your experience.”

In the following video, Trump glances over the notes at the 3:12 mark: