Did DOJ Propose Rollback of Defendants' Rights During Pandemic?

Any changes affecting constitutional guarantees afforded federal criminal defendants in the U.S. would ultimately be up to Congress. 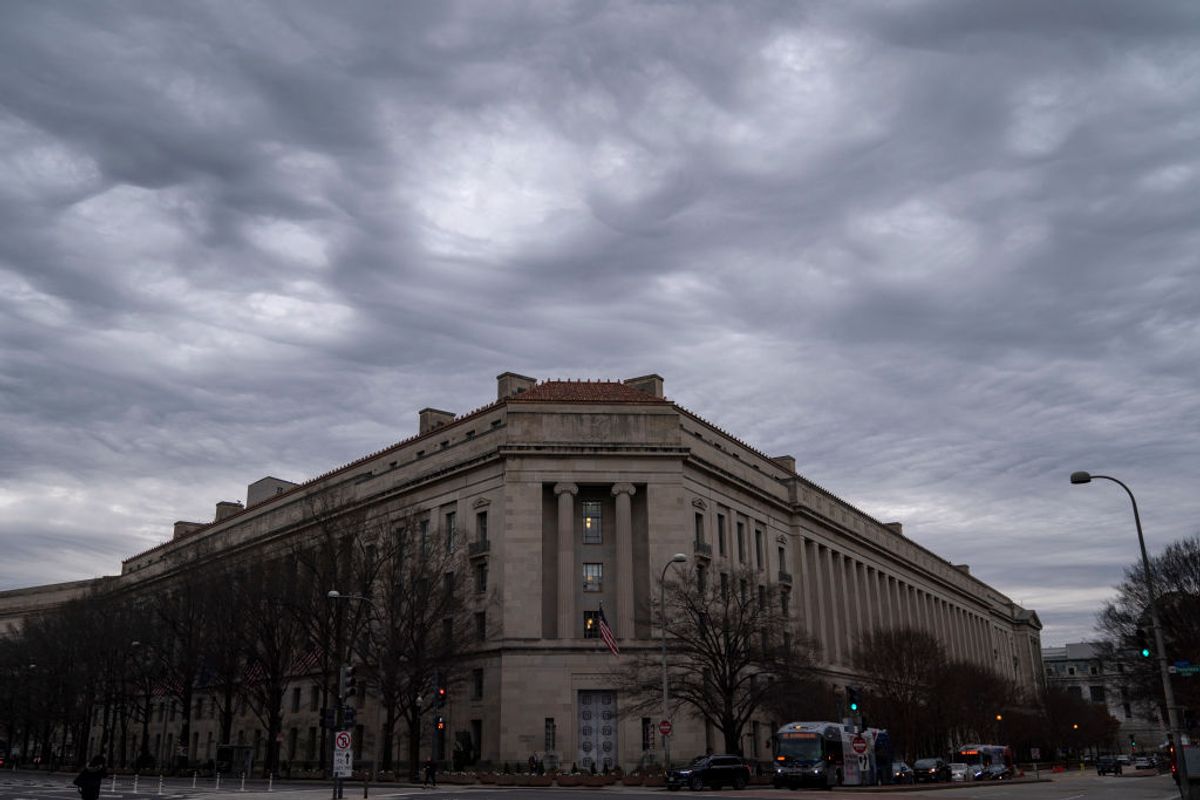 Claim:
The U.S. Department of Justice under Trump has proposed granting federal judges broad authority to pause court proceedings during a national emergency, effectively allowing defendants to be detained indefinitely until the emergency is deemed over.
Rating:

On March 21, 2020, the national politics news website Politico reported that the U.S. Department of Justice (DOJ) had drafted legislative proposals aimed at reducing the burden on the federal court system during the COVID-19 coronavirus disease pandemic, but which would also result in incursions on the constitutional rights of defendants, if passed. According to the publication:

The DOJ requests — which are unlikely to make it through a Democratic-led House — span several stages of the legal process, from initial arrest to how cases are processed and investigated.

In one of the documents, the department proposed that Congress grant the attorney general power to ask the chief judge of any district court to pause court proceedings “whenever the district court is fully or partially closed by virtue of any natural disaster, civil disobedience, or other emergency situation.”

The proposal would also grant those top judges broad authority to pause court proceedings during emergencies. It would apply to “any statutes or rules of procedure otherwise affecting pre-arrest, post-arrest, pre-trial, trial, and post-trial procedures in criminal and juvenile proceedings and all civil process and proceedings,” according to draft legislative language the department shared with Congress. In making the case for the change, the DOJ wrote that individual judges can currently pause proceedings during emergencies but that their proposal would make sure all judges in any particular district could handle emergencies “in a consistent manner.”

As often happens, the most salient aspect of this report was picked up and aggregated by various other websites, with attention-grabbing headlines like this one on the liberal-leaning site HillReporter: "Trump’s Justice Department Wants To Suspend Habeas Corpus." The stories circulating online prompted readers to ask Snopes to verify whether the claim is true.

It's true DOJ has proposed legislation that would grant nationwide authority to federal judges to extend deadlines and pause or suspend statutes of limitation, which are essentially court-case deadlines that afford the accused speedy trials. The DOJ, which consists of federal litigators, is part of Republican President Donald Trump's executive branch. However, per a DOJ statement, these proposed powers would not be conferred upon the executive branch. The proposal would apply to federal district judges and would expire with the end of the national emergency brought by the pandemic.

Whether the proposal will be adopted is unknown, and it would have to clear a Democratic-controlled U.S. House of Representatives first.

Caroline Fredrickson, senior fellow at New York University Law School's Brennan Center for Justice, explained the DOJ's proposed legislation in an opinion piece for the Washington Post. It seeks modifications to what's known as the Federal Rules of Criminal Procedure, which govern how federal criminal cases are handled by courts. The proposed changes could result in detained defendants being held indefinitely, she wrote, allowing a judge "to order someone who had simply been arrested, but not charged or convicted, to be held until the judge determines the emergency is over."

That, Fredrickson argued, would represent an unacceptable blow to habeas corpus, the "constitutional guarantee that a detained person has the right to appear in court for a determination of whether his or her detention is lawful."

We were unable to independently view the documents cited by Politico. However, DOJ spokeswoman Kerri Kupec confirmed their existence by addressing the topic in a statement posted to Twitter. Kupec's tweets stated that "confusion" related to reports about the DOJ asking Congress for “emergency powers" was "triggered by Congress asking DOJ for suggested proposals necessary to ensure that federal courts would be able to administer fair and impartial justice during pandemic."

Kupec stated that individual judges are already taking actions to cope with the burden on the courts during the COVID-19 crisis, and the proposal would just normalize those actions. She said the provisions "would give the Chief Judge in the [federal court] district the authority to extend deadlines and toll [pause] statute of limitations in the interests of justice. Again, individual judges already have the authority and are adjusting many deadlines." Another proposal, she added, would allow the chief justice of the federal [court] district "to suspend the statute of limitations for criminal cases where a national emergency would materially impair the functioning of the courts."

Kupec added that it is ultimately up to Congress to decide whether to enact these provisions into law, and that the proposed legislation would simply give additional authority to judges. "It does not confer new powers" upon the Justice Department under the Trump administration, she stated.

Although the documents seen by Politico were not available to us, the spokeswoman for the Department of Justice confirmed Politico's reporting with a statement posted to Twitter. We are therefore rating this claim "True."

Fredrickson, Caroline. "Don’t Let Constitutional Rights Be a Victim of This Virus."   The Washington Post. 22 March 2020.