Donald Trump's tweet congratulating his wife Melania on her speech at the Republican Convention wasn't stolen from Barack Obama. 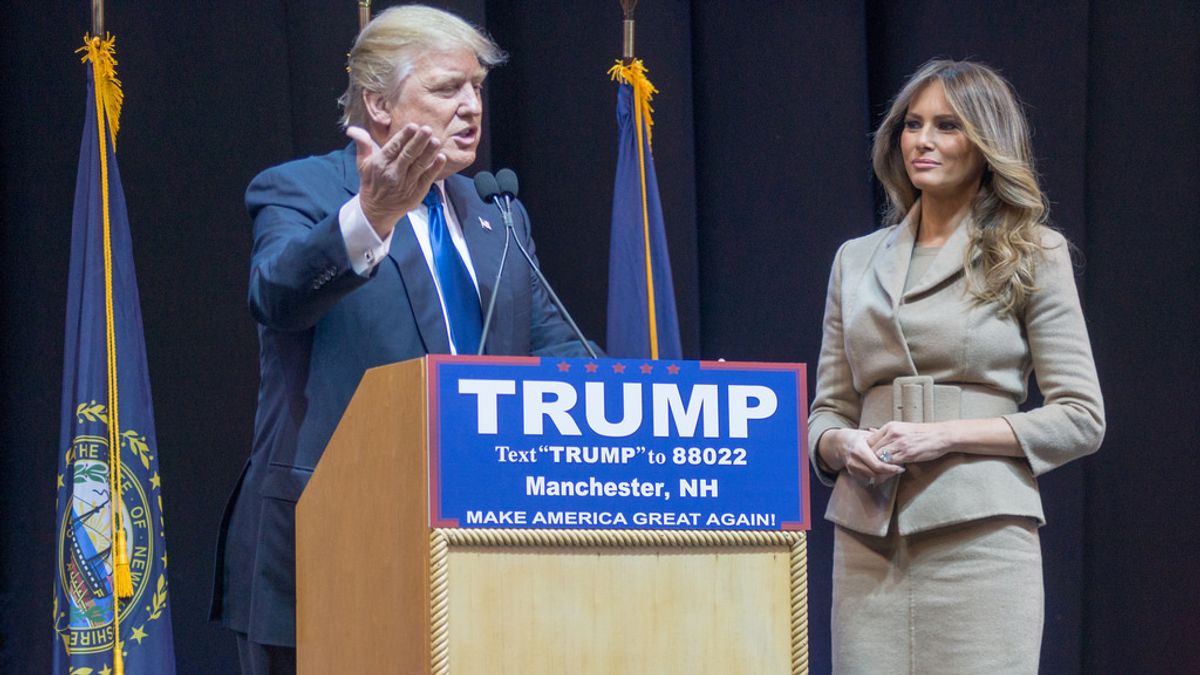 Claim:
Donald Trump's tweet congratulating his wife Melania on her speech at the Republican Convention was identical to the message Barack Obama sent Michelle in 2012.
Rating:

On 19 July 2016, Melania Trump delivered a speech at the Republican Convention that contained a section which was nearly identical to a speech delivered by Michelle Obama at the Democratic Convention in 2008. As accusations of plagiarism started circulating on social media, an image purportedly showing the similarities between congratulatory messages sent by Donald Trump and Barack Obama to their wives after the their respective speeches went viral: The above-displayed image shows a real tweet from Donald Trump and a fake one from President Obama.

There are several clues that the Obama tweet is a fabrication. First, the 2012 Democratic Convention was held in September, not July as implied by the faux Obama tweet. Also, a search of President Obama's tweets for 19 July 2012 does not produce the above-displayed message. Finally, unlike the real Trump tweet, Obama's message is not accompanied by Twitter's blue verified symbol.

While Melania Trump may have cribbed a section of her speech from Michelle Obama, Donald Trump did not copy his congratulatory tweet from Barack Obama.