We found no evidence that racist comments made in a YouTube video came from a parade of Trump supporters. 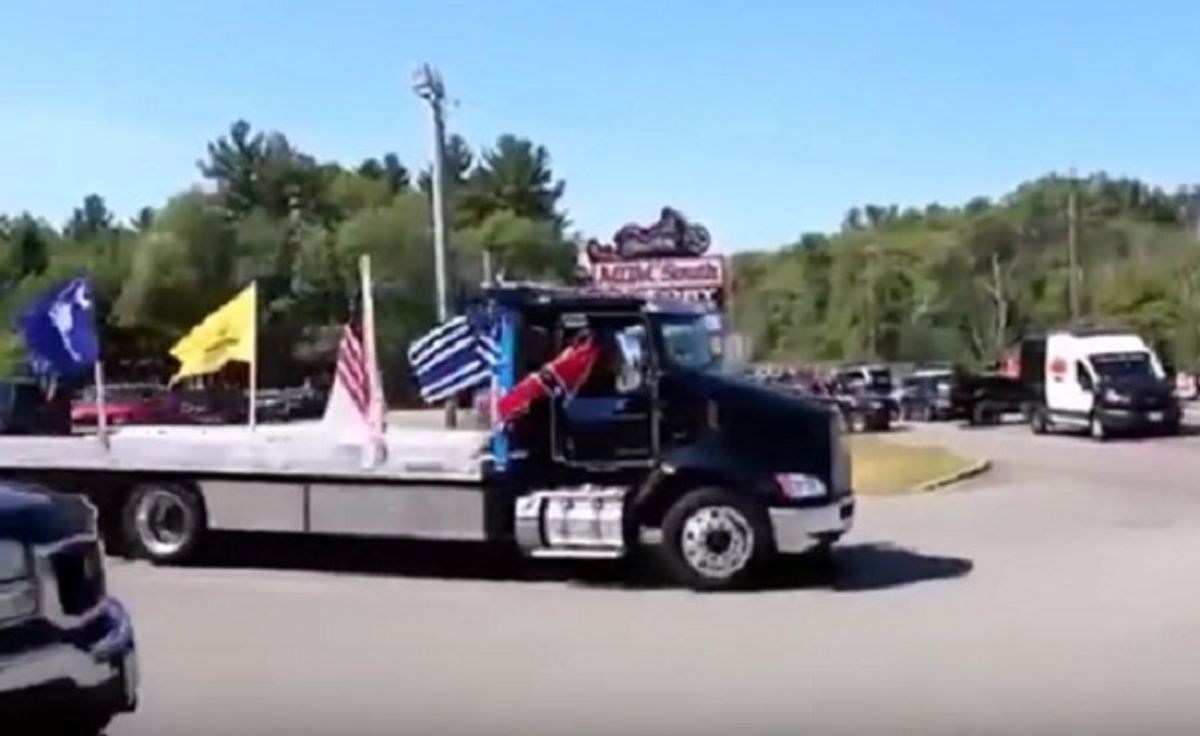 On 17 August 2016, the liberal blog Winning Democrats posted a YouTube video alleging to show images of a purported parade in support of GOP presidential candidate Donald Trump. The video features what it claims to be audio transmissions over CB radios of drivers participating in the event:

A convoy of douchebags traveling from Wrentham to Foxboro consisted of every piece of trash the area had to offer. The Massachusetts redneck is no different from anywhere else, with the exception that only a few are stupid enough to carry a confederate flag because of their “heritage.” Anticipating the ignorance that was about to happen, a recording session was planned and executed that can be used anytime you hear Trump supporters say, “We’re not racists, we just aren’t politically correct.” Here’s what they mean by that:

The video, which was posted by a YouTube user with the handle "Celebrate The GOPocalypse," claims the event took place in Wrentham (misspelled as "Wrenthem"), Massachusetts on 30 July 2016:

In the video, male voices can be heard using racial slurs and discussing violence against people of color, including talk of lynching.

While the video was shared widely across the Internet by liberal blogs, we found no evidence that the comments were made by drivers participating in the parade or that the events occurred as claimed. One truck in the video's images does bear writing that reads "Trump" and "Make America Great Again" (Trump's campaign logo) on its side, but most of the vehicles are adorned with American, Confederate and yellow Gadsden flags. It's unclear what the event is actually about, and the video provides no proof it is in fact a parade for Trump (although some of the participants may have been Trump supporters).

Further, it's unclear where the audio of the supposed radio transmissions come from. They easily could have been recorded elsewhere, by people uninvolved with the event, and edited into the video. The fact that the comments seem to be random racist soundbites, as opposed to actual conversations between drivers,  raises doubts about the credibility of the video.