Does the U.S. Have the 'Cleanest Air in the World'?

President Donald Trump raised eyebrows with a bold claim during a visit to Ireland in June 2019. 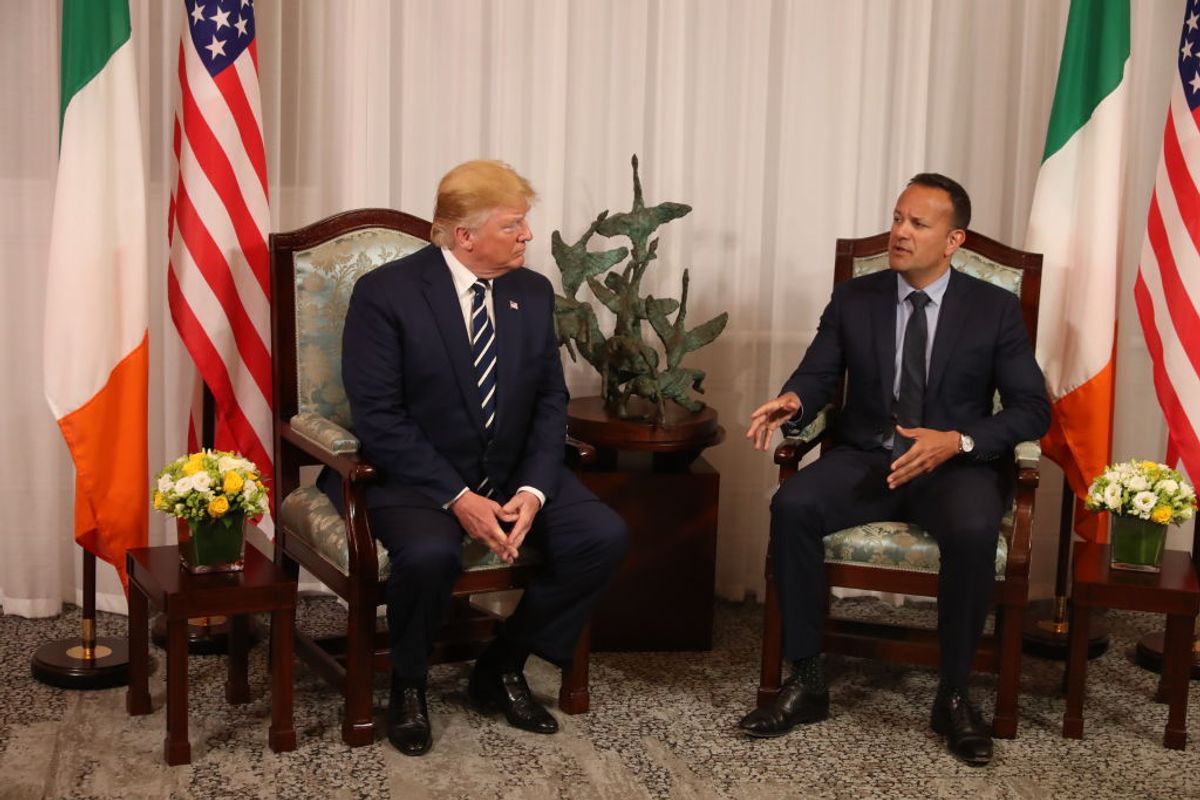 Claim:
As of June 2019, the United States was ranked as having the cleanest air in the world.
Rating:

During a visit to Ireland on 5 June 2019, U.S. President Donald Trump was confronted by a reporter with remarks made by Irish President Michael D. Higgins, who had said Trump's decision to withdraw from the Paris climate agreement was "regressive and pernicious."

In response, Trump made a series of claims about the state of the environment in the United States under his presidency: "Well I haven't heard those comments, but we have the cleanest air in the world, in the United States, and it's gotten better since I'm [sic] president. We have the cleanest water, it's crystal clean, and I always say 'I want crystal clean water and air.' So, I haven't heard his [Higgins'] comments, but we do have — we're setting records, environmentally."

We asked the White House what the evidentiary basis was for the president's claim that the U.S. has the world's cleanest air, but we did not receive a response of any kind in time for publication.

It's a claim Trump has made before. In October 2018, he tweeted "America: the Cleanest Air in the World — BY FAR!" along with a graphic that purportedly originated with World Health Organization (WHO) data:

“America: the Cleanest Air in the World - BY FAR!” pic.twitter.com/rMtxHSnof4

The very source cited by Trump in October 2018 actually contradicted his claim, and other reliable rankings of air quality place several countries ahead of the United States. As such, Trump's claim was false.

The map that Trump tweeted out in 2018 showed "annual average concentrations of ambient (outdoor) fine particulate matter." It originated in an April 2018 report published by WHO but showed measurements that were taken in 2016, a time when Trump was not president and had no influence over U.S. environmental policy. Trump was therefore, perhaps unknowingly, celebrating a level of air quality achieved under the presidency of his predecessor, Barack Obama.

Specifically, the map showed concentrations of a type of air pollutant known as PM 2.5 — particulate matter (PM) with a diameter of around 2.5 micrometers. (A micrometer is one-thousandth of a millimeter.) As the federal Environmental Protection Agency (EPA) explains, a PM 2.5 particle is around 30 times smaller than the diameter of a strand of human hair.

Scientists and environmental authorities track the open-air levels of PM 2.5 and PM 10 (particulate matter with a diameter of around 10 micrometers) as two major measures of air pollution.

So the map that Trump posted in 2018, alongside his claim that the U.S. had the world's cleanest air, was based on data that actually found in 2016 the U.S. had the 10th-lowest annual average concentration of PM 2.5., with 7.4 micrograms of PM 2.5 per cubic meter. In urban areas the U.S. ranked ninth, and in rural areas the U.S. also ranked 10th for PM 2.5 exposure:

The EPI aggregated these three measures and arrived at a list of 10 "Leaders in Air Quality," with Australia and Barbados each ranked first and the United States ranked 10th: Clearly, the United States performs superbly well by several measures of air quality, as evidenced by its ranking among the top 10 out of almost 200 countries. However, President Trump quite definitively and specifically claimed in October 2018 and June 2019 that the U.S. had "the cleanest air in the world." This is demonstrably false based on the most recent and reliable data available. Those rankings could change in future years, but such changes would not alter the fact that Trump's sweeping claim was false when he made it, in both 2018 and 2019.