Would a Bill Bar Trump from Being Buried at Arlington Cemetery?

The “No Glory for Hate Act” appears to have a particular former president in mind. 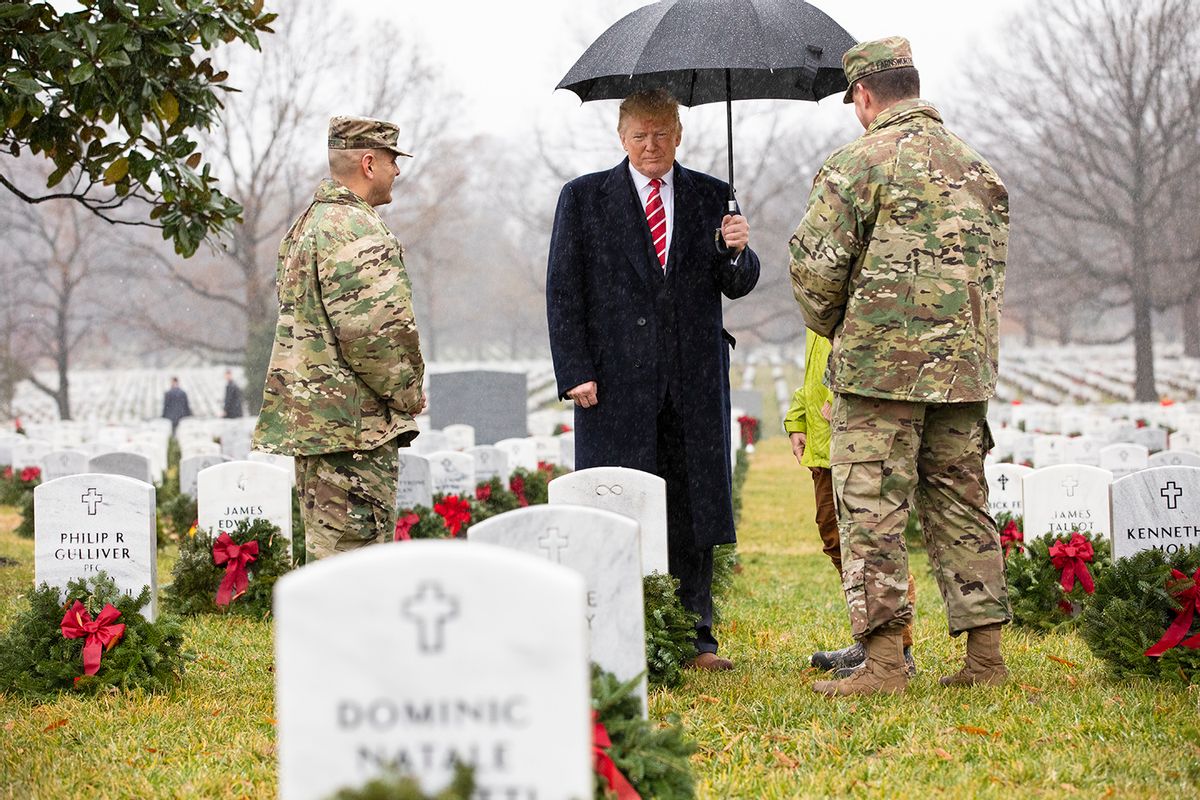 Claim:
Introduced in January 2021 as a bill in the U.S. House of Representatives, the “No Glory for Hate Act” would prevent former President Donald Trump from being buried at Arlington National Cemetery.
Rating:

If enacted, the “No Glory for Hate Act” would prevent the interment “of any former President that has been twice impeached by the House of Representatives” in Arlington National Cemetery. It also seeks to mandate that no federal funds be used to create or display monuments, symbols, or statues that commemorate such presidents.

The bill does not explicitly mention former President Donald Trump, though he is the first (and currently the only) president in U.S. history to be impeached twice by the House of Representatives.

In late January 2021, a number of Democrats brought forward the “No Glory for Hate Act” in the U.S. House of Representatives, a bill that seeks to impose restrictions on certain former presidents. Proposed ahead of the second impeachment of President Donald Trump after he provoked a mob into attacking the U.S. Capitol, the bill aims to prohibit burials in Arlington National Cemetery of former presidents who had been twice impeached.

Snopes readers specifically interpreted this bill as one that sought to prohibit Trump from being buried at Arlington National Cemetery in Arlington, Virginia, at the time of his death. We read the text of the bill, and learned that while Trump is not mentioned there by name, the bill presently only applies to him.

The “No Glory For Hate Act” states:

[...] the Secretary of Defense shall not approve a determination of eligibility for interment or inurnment in Arlington National Cemetery made by the Secretary of the Army that permits the interment or inurnment in Arlington National Cemetery of any former President that has been twice impeached by the House of Representatives on or before the date of enactment of this Act or has been convicted of a State or Federal crime relating to actions taken in an official capacity as President of the United States.

This clearly does not name Trump, but explicitly refers to any former president that has been twice impeached by the House of Representatives. Presently, Trump is the first and only former president who fits that description.

The bill also calls for preventing the use of federal funds to be used to “name, designate, or redesignate a Federal building or Federal land after, or in commemoration of” such a president, and to “create or display any symbol, monument, or statue commemorating” the president. Presently it has only been introduced in the House and no other actions have been taken surrounding it.

Only two former presidents are buried at Arlington National Cemetery: John F. Kennedy, and William Taft. Most presidents choose to be buried in their home states. The cemetery is primarily a burial ground for active duty military and retired reservists, recipients of the military’s highest honors, and former prisoners of war.

Given that the bill does not explicitly mention Trump, but does largely apply to Trump, we rate this claim as “Mostly True.”