Did Trump Tweet That He Talked to Putin From His Bunker? 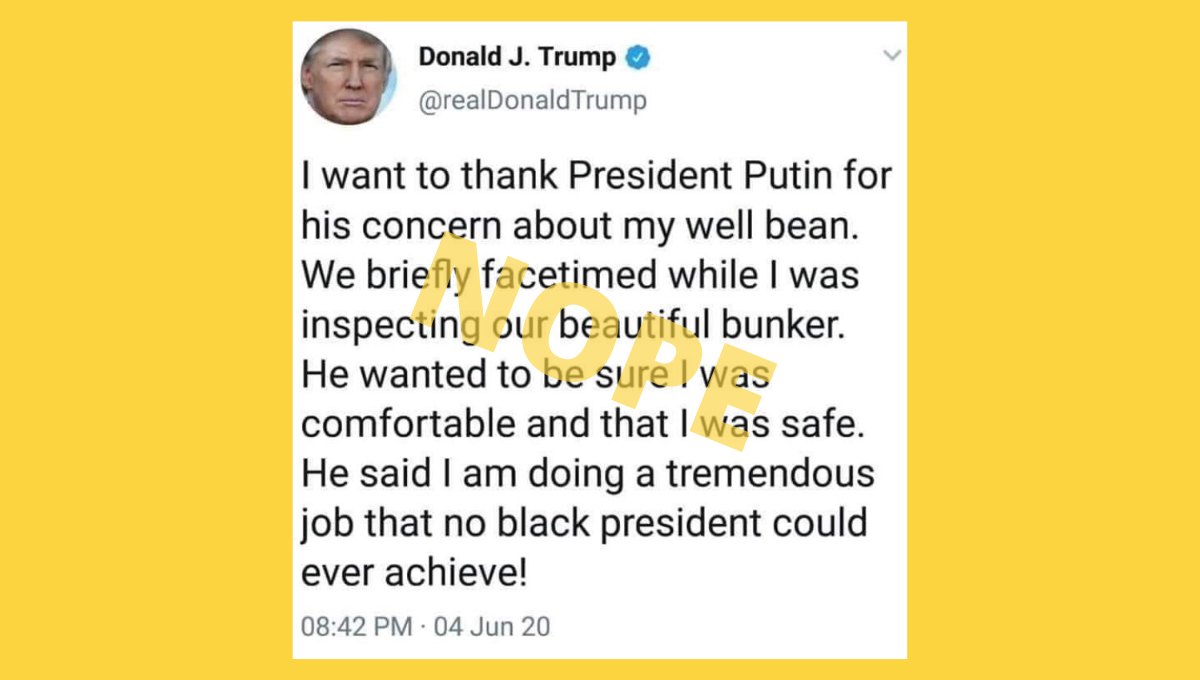 Claim:
In a tweet, U.S. President Donald Trump thanked Vladimir Putin from a White House bunker for his "concern."
Rating:

During anti-police-brutality protests that swept across the U.S. in early June 2020, social media users shared a tweet purportedly from U.S. President Donald Trump. The tweet claimed he chatted with Russian President Vladimir Putin while Trump was hidden away in a White House bunker for protection: However, this tweet was made up. It cannot be found in a searchable archive of the president's tweets, nor does it appear on his Twitter timeline for June 4.

The apparent parody tweet references the fact that Trump was indeed taken to an underground bunker in the White House amid nationwide protests over the police in-custody death of George Floyd. Floyd, an unarmed Black man, died after former Minneapolis police officer Derek Chauvin knelt on his neck for almost nine minutes. The viral video of Floyd's death launched a nationwide movement against police violence and structural racism.

The reference to Putin is an apparent dig on Russia's intervention in the 2016 U.S. presidential election; multiple U.S. federal investigations have shown that the Russian government worked to help Trump win.