Trump: 'We’re Bringing Back the Draft'?

Reports that Donald Trump said that he plans to reinstate a military draft in the U.S. originated with a fake news site. 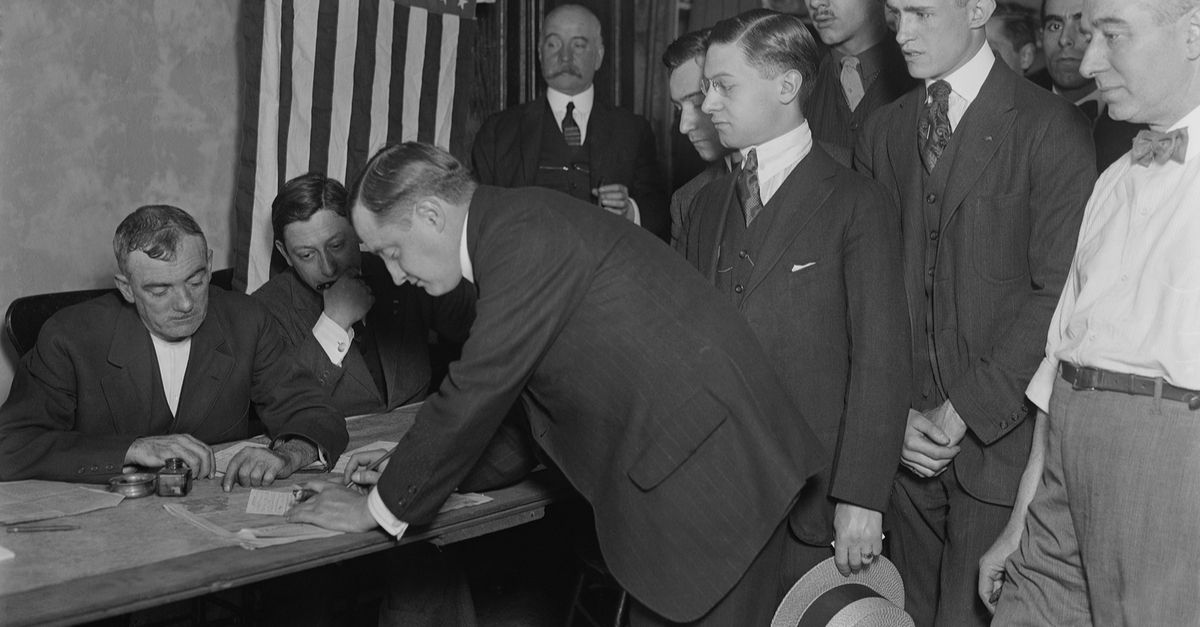 Claim:
Donald Trump has vowed to reinstate the draft.
Rating:

In late 2016, a months-old article from the web site Real News Right Now was circulated on social media, appearing to report that President-elect Donald Trump had pledged to reinstate the draft:

GOP presidential front-runner and billionaire entrepreneur Donald Trump on Thursday unveiled his plan to ‘make the military great again,’ saying he intends to reinstate the draft as part of a larger effort to bolster America’s armed forces. “We’re bringing back the draft, okay? We’re going to bring it back and were going to make America as strong as we were in the Sixties,” Trump declared while addressing supporters at the Pacific Amphitheater in Costa Mesa.

“I love the Sixties,” said Trump, continuing, “I was a very big supporter of the Vietnam war and, of course, the troops. No one supports the troops more than I do.” In addition to bringing back military conscription, Mr. Trump said that if elected, he will enact legislation that will guarantee citizenship to anyone who serves in the armed forces for a minimum of four years. “You have people coming into this country, coming over our borders, expecting a free ride. We’re not going to give it to them, folks. They’re going to have to earn their citizenship.”

This report (like all others articles on Real News Right Now) was entirely fabricated. Although the site does not include a disclaimer identifying its output as fake news, their "About" page does include obvious tongue-in-cheek assertions that author R. Hobbus J.D. has received awards such as the "Oscar Mayer Award for Journalistic Excellence" and the "Stephen Glass Distinction in Journalistic Integrity."