Did Trump Post a Video with Biden Logo on a Coffin? 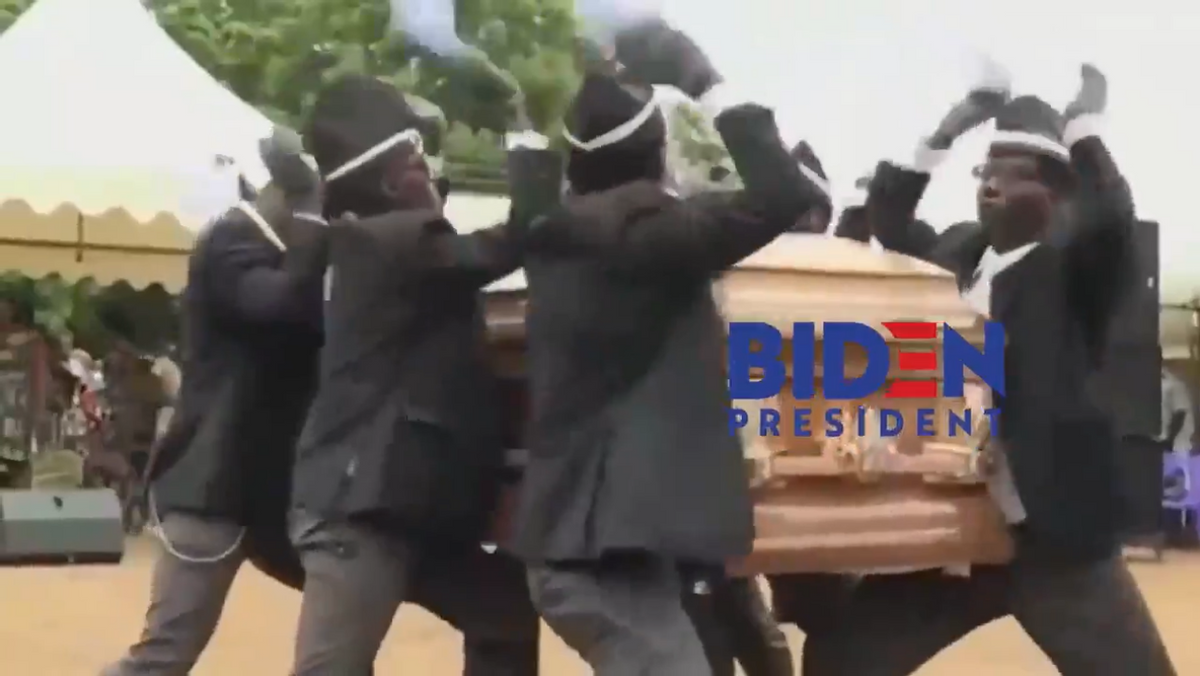 Image Via Facebook, screen capture
Previous Article
Next Article
Article 25 of 38 in Collection

In late May 2020, readers asked Snopes to verify whether U.S. President Donald Trump's Facebook page had shared a video showing the logo of presumptive Democratic presidential nominee Joe Biden's 2020 campaign superimposed on a coffin, implying that either Biden was (figuratively) inside the coffin or his campaign was dead.

No caption was included with the video, leaving interpretation up to the viewer.

The queries from readers came the same week Trump and the official White House Twitter account were flagged by Twitter for posting tweets that violated the platform's rules against "glorifying violence."

It's true that on May 26, the Donald J. Trump Facebook page did post such a video. The video features a troupe of Ghanian pallbearers who have gone viral for performing exuberant dance routines while carrying coffins at funerals.

The video posted to Trump's Facebook page shows Biden stating, "If you have a problem figuring out whether you're for me or Trump, then you ain't Black." It then shows the dancing pallbearers video with Biden's campaign logo superimposed on the coffin.

Biden stirred controversy for making that remark during an interview with Charlamagne tha God on "The Breakfast Club" radio show. He later apologized.

Because this video was posted to Trump's verified Facebook page, we rate the claim "True."

Previous Article
Next Article
Article 25 of 38 in Collection

Greve, Joan E. and Joanna Walters. "Biden Apologizes for Saying Voters Who Back Trump 'Ain't Black.'"   The Guardian. 22 May 2020.