Not only were the pictures misleading, but the meme used a broad brush to place blame for supply chain issues. 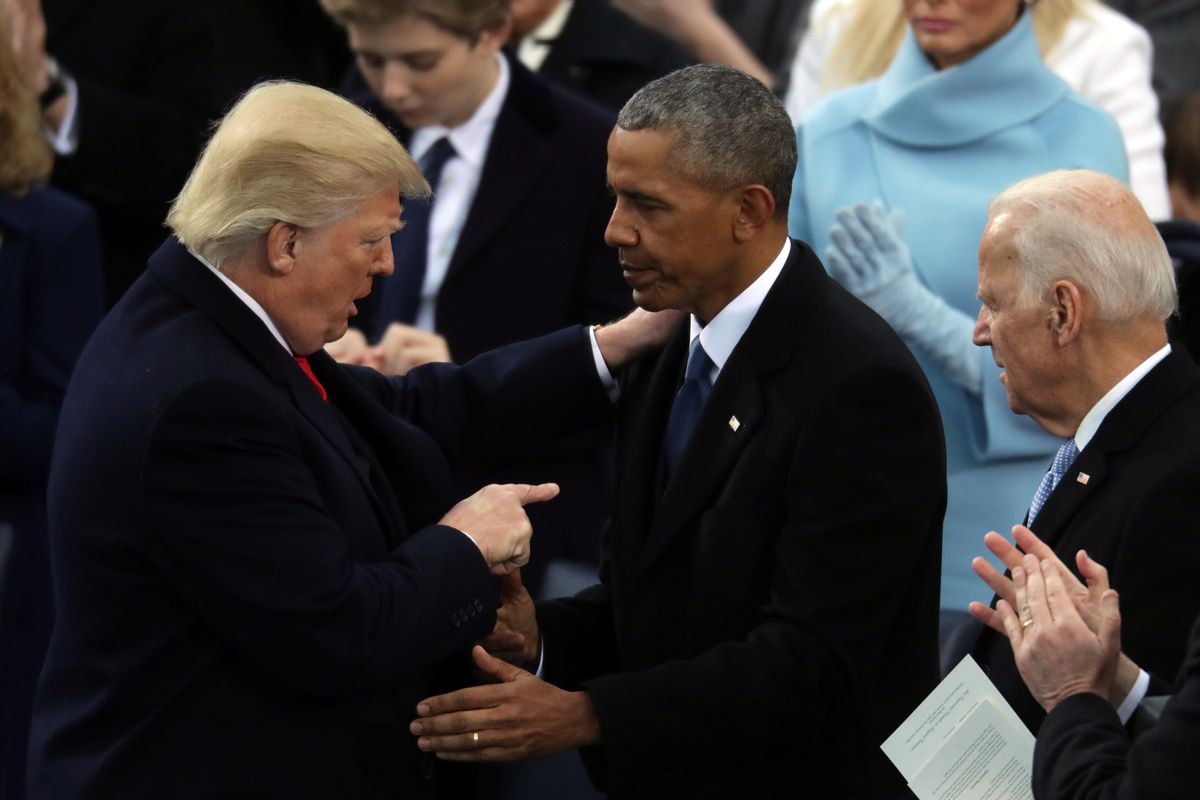 On Oct. 12, 2021, a Facebook user posted a meme that purported to compare grocery store shelves as they appeared in "Trump's America" vs. "Biden's America." The meme was somewhat similar to another one we previously reported about on the subject of gas prices.

Both were highly misleading. In reality, the photograph of fully-stocked grocery store shelves labeled "Trump's America" was captured in 2012. At the time, former U.S. President Barack Obama was in the White House.

Also, it wasn't even taken in the U.S. According to the Wikimedia Commons caption, it was shot at a Coles Supermarket at Westfield Southland Shopping Centre in Melbourne, Australia.

Meanwhile, the second picture showing nearly empty shelves that was labeled "Biden's America" was captured while former President Donald Trump was in office. According to MyHorryNews.com, which publishes local news for South Carolina, it was shot after a hurricane in September 2018. The caption read: "Randy Spivey, Hills manager, concerned about when he can get his shelves restocked after Hurricane Florence and the flood that hit the area recently."

Presidents of both parties have been faced with natural disasters like Hurricane Florence that emptied some store shelves in impacted areas for temporary periods of time. Further, readers may recall that shelves were emptied of popular foods and other goods at the beginning of the COVID-19 pandemic in March 2020. The New York Times attributed the empty shelves to "panic shopping." The misleading Facebook meme was apparently posted in reaction to a shipping container logjam that was also occurring in October 2021.

According to The Associated Press, it led to "mass shortages" of goods "and delays that have caused a longer than expected bout of inflation."

Businesses were worrying about monthslong delays for shipping containers in June, yet the administration only formed its supply chain task force that month and named a port envoy on Aug. 27 to address the challenge.

Ports are also just one piece of the puzzle, Biden said. The country needs more truck drivers, private retailers to step up and better infrastructure, as well as a supply chain that can less easily be disrupted by pandemics and extreme weather. The president is trying to use the predicament as a selling point for his policy plans that undergoing congressional scrutiny.

“We need to take a longer view and invest in building greater resiliency to withstand the kinds of shocks we’ve seen over and over, year in and year out, the risk of pandemic, extreme weather, climate change, cyberattacks, weather disruptions,” he said.

The sense of uncertainty is beginning to consume the attention of many Americans.

As for what caused the supply chain issues in the first place, the Los Angeles Times described the root of the problem in the simplest way: the COVID-19 pandemic.

The Times published that "the pandemic whirled up a toxic brew of forces that triggered and then exacerbated the shipping logjam."

The first blow came when many of the Chinese plants that build parts or assemble goods for global manufacturers were shut down by coronavirus outbreaks. Similar disruptions soon spread across the globe, affecting both manufacturers and the logistics companies that ship, store and deliver their goods.

After a brief COVID-related recession, however, demand for goods grew quickly, as people shifted to online buying and took up new habits (a surge in home-improvement projects, for example, boosted demand for appliances and construction materials).

The pandemic is not entirely to blame. Robert Handfield, the Bank of America professor of supply chain management at North Carolina State University, said that "warehouse, distribution, and truck driver shortages were bad before COVID." But the pandemic made the shortfall dramatically worse.

The Washington Post also published an interview with Gene Seroka, executive director of the Port of Los Angeles, who said that "the United States is 'decades behind' foreign ports in getting carriers, terminals, and shippers to provide each other access to commercial data for planning purposes."

In sum, the viral Facebook meme that purported to display "Trump's America" vs. "Biden's America" showed pictures from the wrong presidential terms, and one of them wasn't even captured in the U.S. Further, it appeared to be attempting to score political points on a much larger problem.