Yes, a Billboard Paired Trump's Picture with a Bible Verse About Jesus

The billboard prompted some disbelief online. 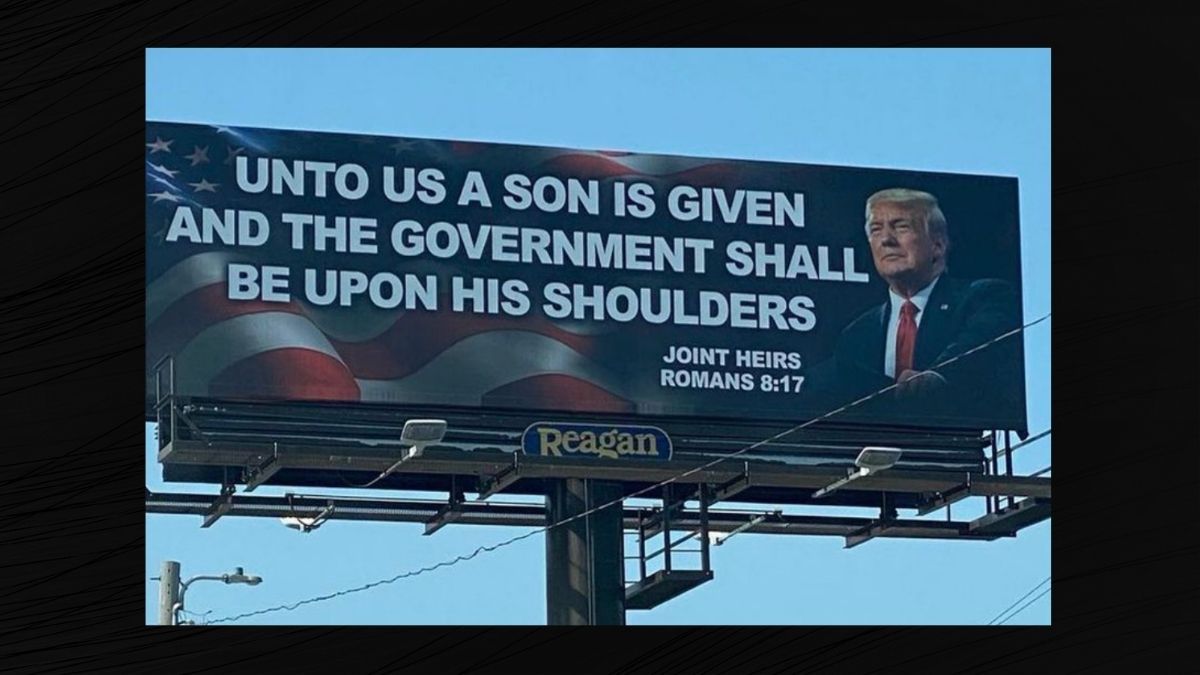 In mid-September 2021, social media users were surprised by a photograph of a billboard that contained a biblical quote that appeared to compare former U.S. President Donald Trump to Jesus, the central figure of the Christian religion.

According to the Chattanooga Times Free Press, the billboard was on Highway 27 in the city of Fort Oglethorpe, which is in Georgia, but was removed on Sept. 13, 2021. It contained a portion of a prophetic Bible verse from the book of Isaiah, and a picture of Trump, leading some to conclude that the billboard likened Trump with a deity, if not Jesus.

Although the sign says "Romans 8:17" on the bottom right, the verse is actually the first part of Isaiah 9:6. Isaiah 9:6 in its entirety reads, in the King James Version:

"For unto us a child is born, unto us a son is given: and the government shall be upon his shoulder: and his name shall be called Wonderful, Counsellor, The mighty God, The everlasting Father, The Prince of Peace."

The verse is a familiar one, and as the Free Times Press editor Clint Cooper pointed out, "Christians and biblical scholars believe the words prophesy the coming of Jesus Christ." In fact, as Cooper further pointed out, the verse is the chorus to Handel's "Messiah."

Romans 8:17 reads, "And if children, then heirs; heirs of God, and joint-heirs with Christ; if so be that we suffer with him, that we may be also glorified together."

We reached out to Reagan, the billboard company listed on the bottom of the sign, asking why it was taken down, and will update if we receive a response. Cooper contacted Reagan general manager Scott Hibberts, who told him that the company doesn't reveal the identity of clients.