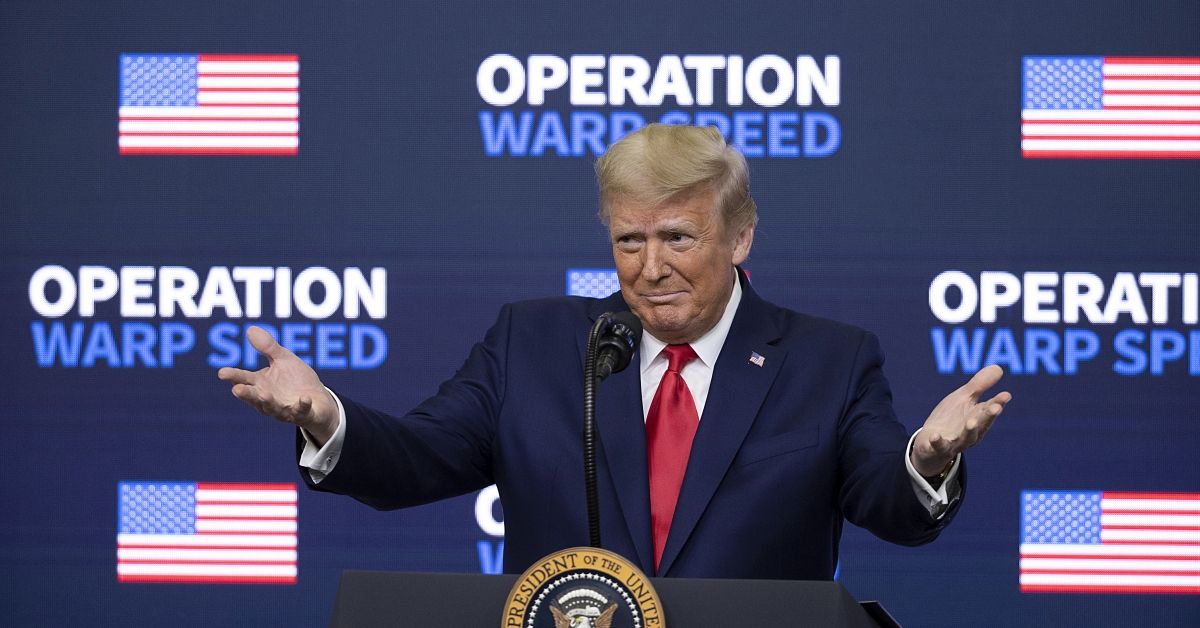 Claim:
Former U.S. President Donald Trump released a statement saying that he hopes "everyone remembers" that he was responsible for the "beautiful" COVID-19 vaccine shot.
Rating:

On March 10, 2021, an image started circulated on social media that supposedly showed a statement from former U.S. President Donald Trump in which he implored American citizens to remember that the United States wouldn't have had these "beautiful" COVID-19 vaccine shots for another 5 years (a dubious claim) if it wasn't for him: This was a genuine statement from Trump.

Trump released several statements after he left office on Jan. 20, 2021. Since the former president was banned from Twitter (as well as other social media networks) for posting content that could have incited more violence after the attack on the U.S. Capitol, these statements are being released via email and are then subsequently shared on social media by reporters. Margo Martin, the lead press secretary for the office of the 45th president, confirmed to Snopes via email that this was a genuine statement released by Trump.