Did Trump Ban All Travel From China at the Start of the Pandemic?

Trump credits an early 2020 ban on travelers from mainland China as his signature move to tackle the pandemic. 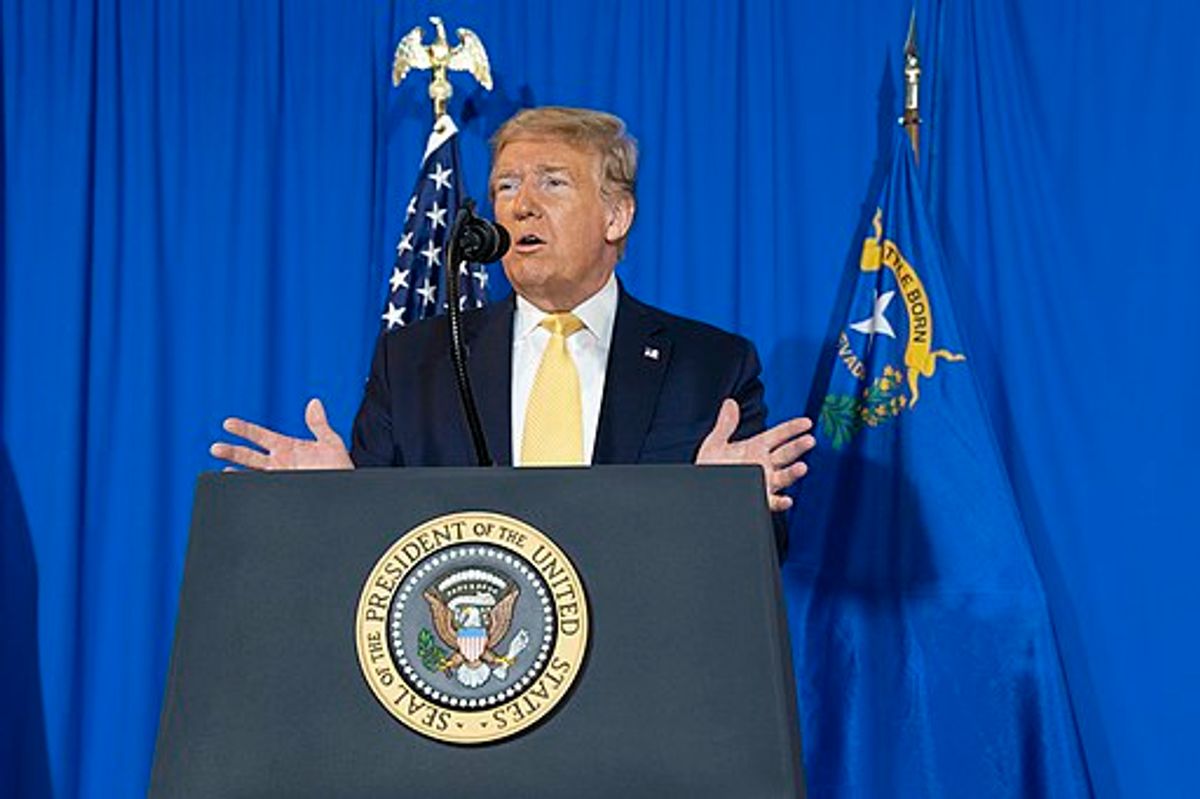 Image Via The White House/Wikimedia Commons.

Claim:
In February 2020, U.S. President Donald Trump enforced a complete ban on travel from mainland China, a signature policy move that helped save many lives from the spread of COVID-19 in the U.S.
Rating:

A restriction on foreigners traveling from mainland China took effect on Feb. 2, 2020, but thousands of Chinese and foreign nationals from Hong Kong and Macau entered the U.S. in the three months following. Thousands of Americans and foreigners still arrived in the U.S. on direct flights from China after the restrictions were imposed.

There was no ban on travel from China’s administrative zones, as thousands of travelers managed to enter the U.S. from Hong Kong and Macau, regions also struck by COVID-19. Many travelers did not receive the same enhanced screenings for the virus as those required by Americans returning from mainland China.

Evidence from past studies and recent reports showed that travel control measures marginally delayed but did not stop the spread of pandemics, but there is little available proof that the February restrictions helped save thousands or millions of lives as Trump has claimed. Differing responses from experts and officials suggest that the full impact of this policy has yet to be determined.

U.S. President Donald Trump’s so-called ban on travel from China was a major talking point he frequently raised as evidence of his quick response to the COVID-19 pandemic. Announced on Jan. 31, 2020, and enforced on Feb. 2, 2020, the Trump administration stated that the ban would prevent the entry of aliens, or non-U.S. citizens, who had been in mainland China in the 14 days prior to traveling to the U.S.

In the ensuing weeks and months, Trump continued to reference the ban multiple times as a success story that saved lives:

But many people did manage to come to the U.S. from “heavily-infected China” and its special administrative regions Hong Kong and Macau. Not only did news organizations uncover the porous and mismanaged nature of the “ban,” noting that the measures came too late, but some experts found little to no evidence that the ban resulted in a significant prevention of a spread of COVID-19 cases.

A more accurate way to describe Trump’s Jan. 31 proclamation is as a “restriction” on travel from mainland China — not as an outright ban. There were numerous exemptions in place that appeared to nullify the goal of preventing travel into the country to stop the spread of the virus. These exemptions included people traveling from the Special Autonomous Regions of Hong Kong and Macau, and U.S. citizens, residents, their spouses, and close relatives. More details about the exemptions can be found here.

Hong Kong and Macau are both governed under the “one country, two systems” principle that allows them to retain their own forms of administration, but with limited autonomy. They are still largely under the control of the People’s Republic of China. From both of these regions, Chinese citizens and other foreign nationals have been able to travel into the U.S. since restrictions were imposed. An Associated Press report found that more than 5,600 Chinese and foreign nationals flew to the U.S. in February 2020 alone. Around Feb. 2, at least 15 cases of the virus had been detected in Hong Kong, and seven more were found in Macau that were later traced to the epicenter of the outbreak in Wuhan.

Even before the restriction was imposed, Americans and other nationalities came into the U.S. from mainland China unabated. According to an April 2020 report from The New York Times, at least 430,000 people arrived in the United States on direct flights from China since the outbreak was reported on the last day of 2019, including nearly 40,000 in the two months after the February restrictions were put in place. Thousands of these travelers flew directly from Wuhan. At least 60% of the travelers arriving in the U.S. on direct flights from China in February were not American citizens, according to government data.

Screening and monitoring of many travelers was found to be sporadic, and the data shared with states was incorrect, plagued by bad telephone numbers, erroneous itineraries, and travelers even claiming they had never been to China. According to internal notes and emails received by The Associated Press, there were numerous examples of travelers slipping through the cracks in the system. In one email from Feb. 6, 2020, a CDC employee wrote: “Hearing word of people already leaking through screening system and ending up in states without the funneling airports. Knew it would not be perfect, but it has begun.”

Furthermore, research being conducted in the aftermath of travel restrictions showed little evidence that they had a major impact on curbing the spread of the virus. A paper published in March in the Proceedings of the National Academy of Sciences looked at the impact of border control measures implemented in several countries. They concluded “that these measures likely slowed the rate of exportation from mainland China to other countries, but are insufficient to contain the global spread of COVID-19.”

On June 8, 2020, the Cato Institute, a libertarian think tank, released a working paper looking at the effects of Trump’s travel restrictions from China. They noted that historically, such restrictions have been ineffective at halting or significantly delaying the spread of pandemics. They concluded:

We should note that Dr. Anthony Fauci, the director of the National Institute of Allergy and Infectious Diseases, praised the administration's restrictions on travel. On Feb. 29, 2020, he said: "We prevented travel from China to the United States. If we had not done that, we would have had many, many more cases right here that we would have to be dealing with."

Few doubt that the death toll from COVID-19 would have been heavier if global travel had not been "constricted." That said, we are unable to determine the full impact of the travel restrictions, including the number of lives saved in the United States. Snopes reached out to Trump’s presidential campaign to learn if there was any evidence of the number of lives saved as a result of the travel restrictions, and why the restrictions exempted travel from Hong Kong and Macau. We will update this post if we hear back.

The Trump administration did impose a number of restrictions, but not a complete ban on travel from China and its administrative regions. Since some analysis suggested it had a minimal impact on reducing the spread of COVID-19 in the U.S., but the full effects of the administration's actions are still being determined, we rate this claim a “Mixture.”

Whitehouse.gov.   "Proclamation on Suspension of Entry as Immigrants and Nonimmigrants of Persons who Pose a Risk of Transmitting 2019 Novel Coronavirus."    31 January 2020.