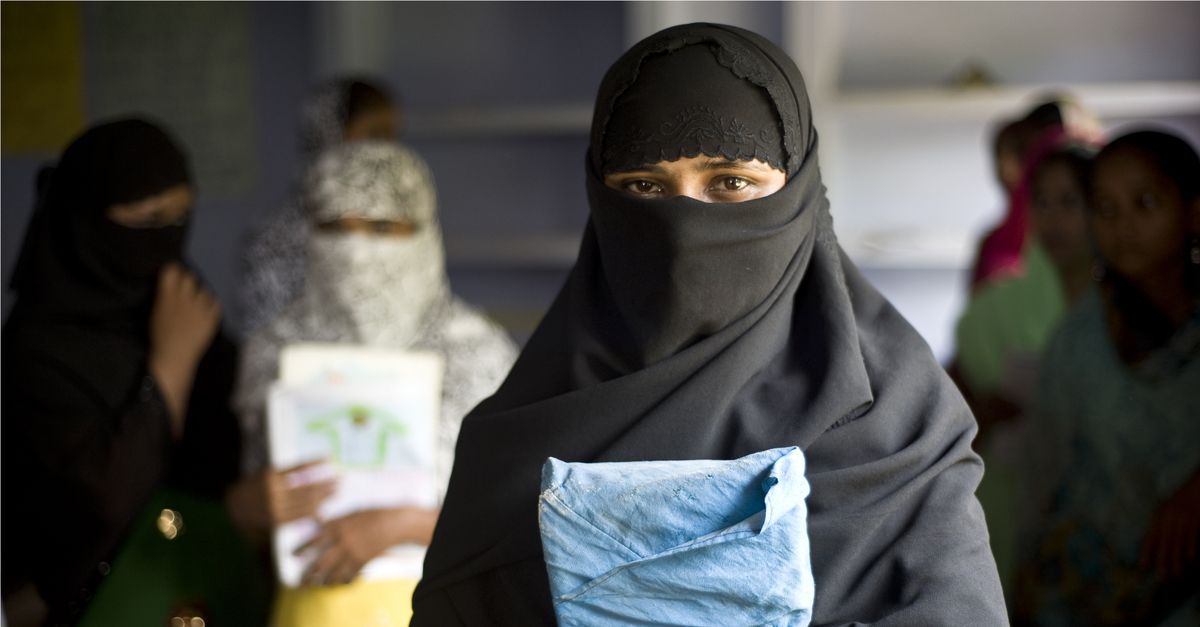 One common technique employed by clickbait web sites is to social post content that consists of nothing other than a solicitation to readers to indicate whether they "support" a particular controversial political issue or decision. And as often as not, the political subjects addressed in such posts are non-existent ones fabricated for the purpose of driving click-throughs.

Sites such as USA Daily Info have employed this technique in February 2017 by falsely suggesting that President Trump had "just declare to ban ['full face'] veils in public places, posting links to a page that consisting of nothing but an image of a veiled woman and a poll posing the Yes/No question "Trump Agrees To Ban Full-Face Veils In Public Places. Do You Support This?" Beneath that content was a comment section in which readers expressed support for the non-existent ban.

No legitimate news outlet reported that President Trump had announced, or even opined about, an outright ban on veils. And any contemplation of such a ban would have raised a host of constitutional issues that would have been widely debated in the public sphere and the news media.