Did President Trump Laud the 'Abolition of Civil Rights'?

What exactly did President Trump say — and what did he mean to say — at the 2019 National Prayer Breakfast? 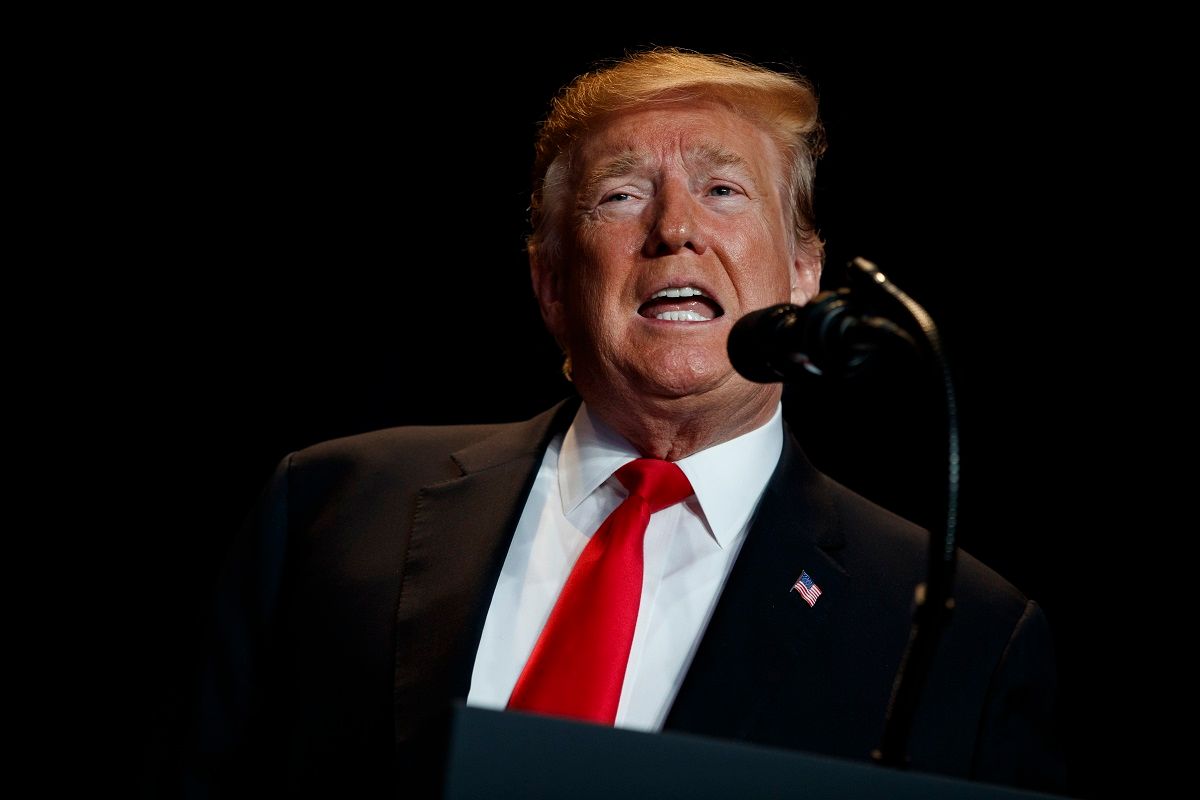 Claim:
During remarks in February 2019, Trump touted the "abolition of civil rights" as one of the greatest accomplishments in the history of the United States.
Rating:

During his remarks at the National Prayer Breakfast on 7 February 2019, President Trump said the "abolition of civil rights" was among the "greatest strides" achieved throughout the history of the United States.

Trump clearly misspoke, and the official White House written version of his remarks shows that he was supposed to refer to"abolition" and "civil rights" as major accomplishments, rather than "abolition of civil rights."

U.S. President Donald Trump has long faced scrutiny and even ridicule over his speaking style, which critics have variously described as ranting, ungrammatical, and at times incoherent. At the same time, others have accused the 45th president of being an out-and-out racist throughout his business and political careers.

These criticisms appeared to converge in February 2019, when news reports emerged that suggested Trump had celebrated the "abolition of civil rights" during a major speech in Washington, D.C.

The Huffington Post, for example, wrote: "Some audience members at this year’s annual National Prayer Breakfast in Washington likely did a double take when President Donald Trump hailed 'people of faith' for their 'abolition of civil rights.'

'Since the founding of our nation, many of our greatest strides — from gaining our independence to abolition of civil rights to extending the vote for women — have been led by people of faith,' Trump declared in his speech."

The London Independent's related article carried the headline: "Trump says one of America's greatest accomplishments is the 'abolition of civil rights,'" before clarifying in the first line of the story that the president's utterance was a mistake:

"Donald Trump has accidentally told an audience of global religious leaders that America’s greatest accomplishments include the 'abolition of civil rights' during the National Prayer Breakfast."

TheRoot.com posted an article under the headline "Donald Trump Says the 'Abolition of Civil Rights' Is One of Our Country's 'Greatest Strides," which went on to state that Trump's remarks were an "embarrassing gaffe" but speculated that it was "one that does not stray too far from the way we already know this man thinks," describing it as a "Freudian slip."

Other publications made clear in their headlines that Trump had erred in his speech and labelled the remarks as a "gaffe" up front.

It's true that President Trump did list the "abolition of civil rights" among the "greatest strides" taken throughout the history of the United States during a high-profile speech in February 2019. However, the manner in which he uttered the phrase, combined with the official White House copy of his speech, indicate he made a simple mistake in delivering what were prepared remarks, possibly as a result of problems reading from a teleprompter.

On 7 February, Trump delivered the speech at an annual gathering of religious, political, and business leaders held at the Washington, D.C., Hilton. A few minutes into his remarks, Trump said:

"Since the founding of our nation, many of our greatest strides — from gaining our independence, to abolition, of civil rights, to extending the vote for women — have been led by people of faith and started in prayer."

The president hesitated over the phrase "abolition of civil rights," pausing after the words "abolition" and "civil," which possibly indicates that he momentarily lost track of his speech or had difficulty reading from a teleprompter.

A teleprompter was in front of the stage during his speech, and Trump does frequently deliver his speeches with the aid of a teleprompter, but it's not clear whether he used one in this instance.

The official written White House version of Trump's remarks further underlines the fact that the president simply misspoke, inadvertently replacing the word "to" with "of" (the latter is crossed out in the White House version), thus changing the meaning of the sentence.

"Since the founding of our nation, many of our greatest strides — from gaining our independence, to abolition, [to] civil rights, to extending the vote for women — have been led by people of faith and started in prayer."

Barnes, Tom.   "Trump Rants Incoherently on Trade Then Says There Is 'So Much Happening in Space,' During Rambling Ohio Rally Speech."     The Independent.   5 August 2018.

Papenfuss, Mary.   "Trump Cheers the Faithful for 'Abolition of Civil Rights' and Twitter Shakes Its Head."     The Huffington Post.   8 February 2019.

Riotta, Chris.   "Trump Says One of America's Greatest Accomplishments Is the 'Abolition of Civil Rights.'"     The Independent.   8 February 2019.