Did the Trump 2020 Campaign Order Flags and Banners Made in China?

Bernie Sanders claimed that the president and his re-election campaign are responsible for increased production of Chinese-made "Trump 2020" merchandise. 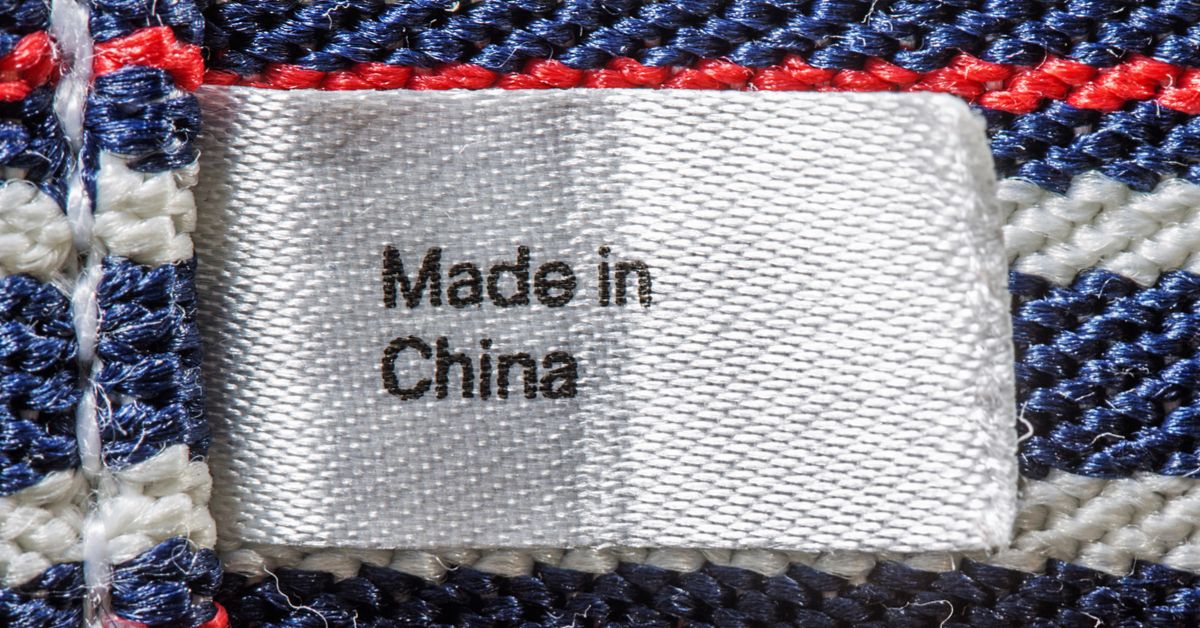 Claim:
The Trump re-election campaign is responsible for a surge in orders of "Trump 2020" flags and banners produced in Chinese factories, just before the imposition of U.S. tariffs.
Rating:

Various news accounts have shown factories in China producing "Trump 2020" items and quoted factory officials as stating they had seen a surge in orders for such items in the first half of 2018 (prior to the implementation of announced U.S. tariffs).

Whether any of the "Trump 2020" items manufactured in China were ordered by, or produced on behalf of, the Trump re-election campaign itself is unknown.

In the spring of 2018, President Donald Trump announced he would be imposing tariffs on more than 1,300 types of products imported from China. The move brought significant scrutiny, including claims that clothing had been excluded from the list of taxed products in order to benefit the president's daughter and adviser Ivanka Trump, whose clothing line has in the past sold products manufactured in China. (A few months later, Ivanka Trump said she would be closing down her clothing company.)

In July 2018, various news accounts reported that in anticipation of the implementation of those tariffs, customers in the United States and elsewhere were ramping up their orders for one Chinese-made product in particular: President Trump re-election campaign items.

The reports gave rise to speculation that not only was the president's re-election campaign itself ordering campaign items produced in China rather than in the U.S., but that they were attempting to mitigate against the increased costs that would come with the tariffs by pushing for the quick completion of those materials — moves that would provide a double dose of irony for a politician who has famously emphasized prioritizing American jobs and manufacturing.

Some news reports contained ambiguous phrasing which created the impression (without explicitly stating such) that the Trump campaign had ordered the production of Chinese-made campaign flags. For example, the New York Post described materials being manufactured in Chinese factories as "Trump's re-election banners," while USA Today called them "Trump's 2020 banners."

Elle magazine similarly described the merchandise as "Trump's 2020 re-election flags," while adding a disclaimer about the identity of the customer who actually ordered them: "While it is not confirmed that Trump's campaign ordered the flags, who else besides Sean Spicer is really that hype about the dude?"

On 27 July, Vermont senator and 2016 presidential candidate Bernie Sanders was more direct and explicit in accusing both the president himself and his campaign of having ordered the Chinese-made banners and flags. In a Facebook post, Sanders described the items as "flags for President Trump's campaign" and accused the president of 'opting for' cheap foreign labor:

In a 3 July 2018 interview with National Public Radio (NPR), Li Jiang, a factory owner in China's Zhejiang province, said that "We also make flags for Trump for 2020," but this comment was ambiguous about whether the merchandise was ordered by the Trump campaign itself.

On 19 July 2018, the state-run Chinese newspaper the Global Times quoted the owners of two more factories in Zhejiang as saying that in recent months they had faced an increased volume of orders for flags bearing the campaign slogans "Trump 2020" and "Keep America Great."

Both the Reuters and Agence France-Presse (AFP) news agencies reported on a fourth factory, this one in China's Anhui province, which had been pumping out Trump 2020 flags and banners at a higher rate than usual, with Reuters quoting a factory manager as stating that her "buyers are located in both China and abroad" and that "she doesn’t know if they are affiliated with Trump’s official campaign or the Republican Party":

At the Jiahao Flag Co Ltd in Anhui province, women operate sewing machines to hem the edges of “Trump 2020” flags the size of beach towels, while others fold and bundle them for delivery.  The factory has turned out about 90,000 banners since March, said manager Yao Yuanyuan, an unusually large number for what is normally the low season, and Yao believed the China-U.S. trade war was the reason.

She says the buyers are located in both China and abroad and she doesn’t know if they are affiliated with Trump’s official campaign or the Republican Party. Her factory has been making Trump banners since the time his tag line as a candidate was “Make America Great Again”, highlighting an irony of his hardline on trade with China. “Sales have been great ever since 2015,” she said.

Both Reuters and AFP included clear photographic and video evidence in their reports, so it's clear that Trump 2020 merchandise ordered by someone was being produced in at least one Chinese factory as of July 2018:

None of the Chinese factory owners and managers quoted in the July 2018 news reports either affirmed or denied that the Trump campaign itself had been responsible for the significant increase in orders in recent months, and none of them identified anyone else as being a major customer, so we do not know who was behind orders for the many thousands of "Trump 2020" flags produced in China in the first half of 2018.

A Trump campaign spokesperson firmly rejected any speculation or allegations linking the campaign to the merchandise. In a statement sent to us by the Trump 2020 campaign, Michael Glassner, Chief Operating Officer of the Donald J. Trump for President committee, wrote:

We have made it clear all along that all of our merchandise is 100% made in the USA. Any vendor who claims to have a relationship with us otherwise is lying or violating our protected trademark rights. This applies to all of the recent news about Made in China products for the 2020 campaign.

We searched Federal Election Commission records on spending by three Trump-related political committees since 2017 and found no evidence of flags, banners, or other campaign merchandise being ordered from entities based in China. If such orders had been placed, it is possible that they may have been recorded as disbursements to third parties or subcontractors, but we found no evidence that this had taken place.

It's clear that Trump 2020 merchandise is being produced in Chinese factories, and it's reasonable to conclude that the future implementation of tariffs on Chinese imports has prompted something of a surge in orders, as recounted by several local factory officials.

The volume of the orders (90,000 banners between March and July, at just one factory) is not inconsistent with the activities of a major U.S. presidential election campaign, and it is therefore reasonable to question the identity of the customer(s) behind such orders. However, we've so far found no concrete evidence documenting who is responsible for these orders: merchandisers, the Trump campaign itself, Republican partisans, foreign entities, or some combination thereof.

Jun, Xie and Chu Daye.   "Trump Flags from Chinese Factories Delayed at US Customs; US Search for Alternative Suppliers Likely to Be Hard."     The Global Times.   19 July 2018.