Did a Truck Carrying an 'Evergreen' Container Block a Chinese Highway?

The visual parallels to the blocked Suez Canal were not lost on social media. 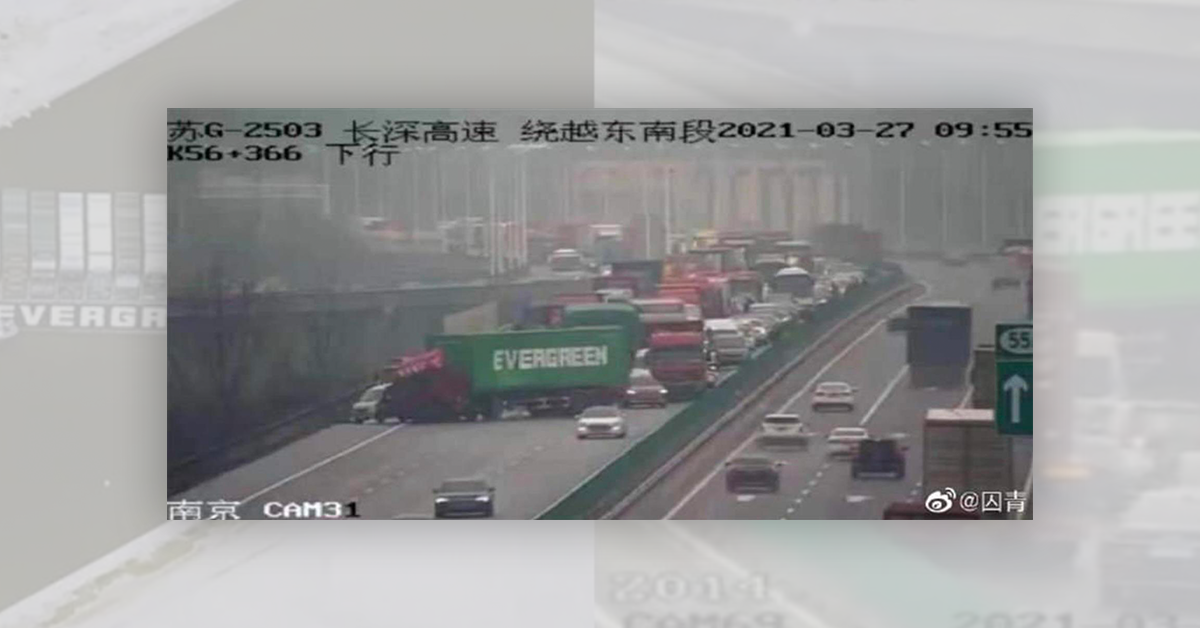 Claim:
A truck carrying a shipping container bearing the logo "Evergreen" — the name of the company that owns Ever Given, the ship that blocked the Suez Canal — blocked traffic on a Chinese Highway after a crash.
Rating:

On March 23, 2021, a vessel named the Ever Given, owned by the international shipping company Evergreen, wedged itself across the Suez Canal, disrupting global shipping. On March 27, 2021, a truck carrying a shipping container bearing the name of that same company crashed on the Changchun-Shenzhen Expressway (the G25), causing a traffic jam. The visual parallels were not lost on the people of the Internet: While we note that Evergreen's shipping containers are transported on trucks by companies unrelated to Evergreen and that that there is no evidence of any sort of connection between the maritime incident and the truck accident, the latter does appear to be factual.

The truck incident appears to have been confirmed by the verified Weibo account (a Chinese version of Twitter) registered with the Jiangsu Expressway company, which maintains and builds many highways in China. That account tweeted about an accident that matches the details given by the text in the traffic video screenshots: According to Chinese language reports, Jiangsu reported that there was "an accident near the Kylin Hub" that occurred "at approximately 9:32 on March 27" on "the Nanjing Fourth Bridge Section of the G2503 Nanjing Ring Expressway ... 55K from Liuhe to Nanjing." This appears to match the information displayed in the traffic cam photos, which is labeled as "G-2503" in the top left corner and whose text "K56" likely refers to the 56 km marker (close to the "55K" marker in the Jiangsu Expressway report).

Because there appears to be independent confirmation of the accident, the claim that a truck carrying an Evergreen branded shipping container crashed and blocked traffic in China is "True."