The U.S Department of Transportation is not working with eleven states to keep trucks off the road between 11PM and 6AM. 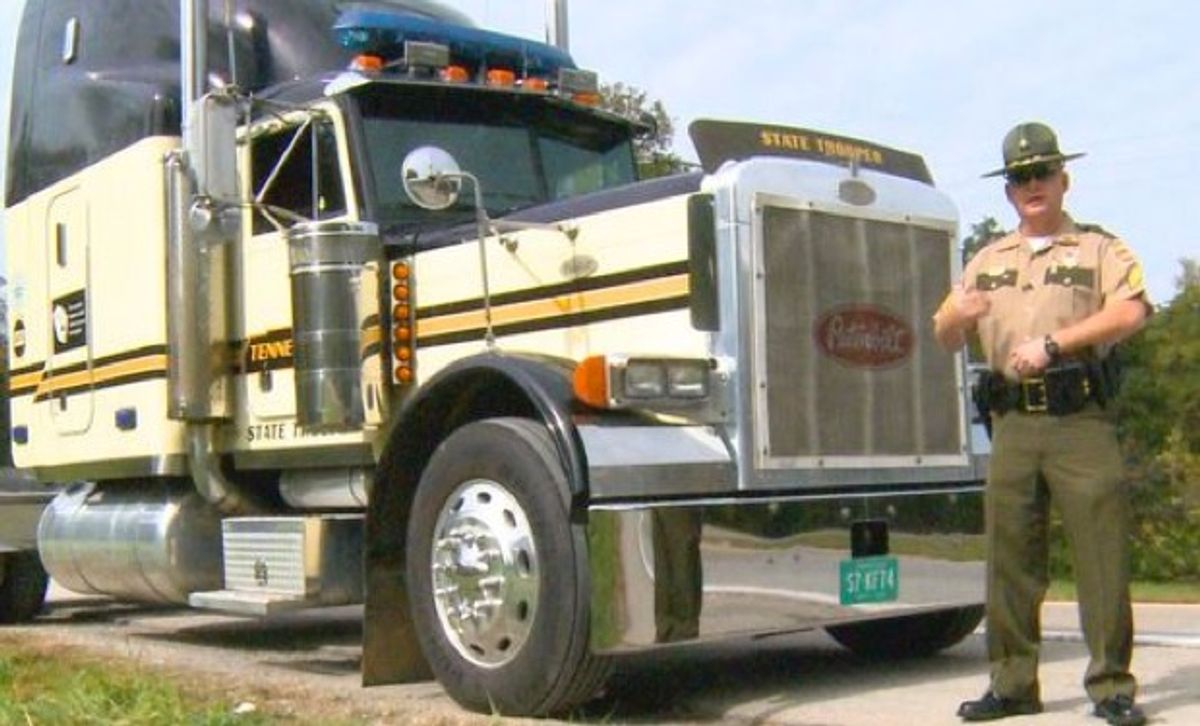 Claim:
Eleven states are introducing a truck curfew from 11PM until 6AM.
Rating:

On 13 September 2016 the web site Best Source of Videos published an article reporting that the U.S Department of Transportation is working with eleven states to keep trucks off the road between 11PM and 6AM:

11 states working in conjunction with the U.S Department of Transportation (U.D.O.T) have agreed to implement an ordinance requiring Trucks to adhere to a mandatory curfew between the hours of 11:00 PM – 6:00 AM.

According to U.S Department Transportation representative Donald McCarthy, the ordinance was born out of a necessity. According to statistics published on the U.D.O.T website, approximately 7,342 Truck Driver fatalities occurred across the country throughout 2015. This is an almost 20% increase to the 6,120 fatalities reported in 2015. The statistics found on the U.D.O.T website indicate that roughly 47% of Truck Drivers fatalities in both 2014 and 2015 reportedly occurred during the hours of 10:30 PM – 4:45 AM.

Representatives from the 11 states that have agreed to the ordinance (South Dakota, Florida, Washington, Arkansas, California, New Hampshire, Indiana, Nevada, South Carolina, Utah, & Kentucky), have said that their states will be implementing the ordinance as soon as early [as September 2016] and expect all Trucks Drivers to be in compliance immediately upon implementation. All states have agreed to implement the ordinance by December 3rd 2016.

A separate page listed purported fines for truckers not in compliance with the curfew, adding to reader anxiety about the rumor:

The U.S Department of Transportation is hopeful that the ordinance will drastically reduce the amount of fatalities in 2016, however the ordinance is seen as an inconvenience to many owners. The most common concern voiced by drivers within the impacted states is simple- they are responsible citizens who practice Truck safety and they don’t want the government to dictate their transportation decisions. Additional concerns include citizens who rely upon a truck as their primary means of transportation to and from work within the hours of 11:00 PM – 6:00 AM and the multiple rallies that will be impacted.

Many drivers that attend popular Truck rallies are traveling via Truck for upwards of several days to attend their destination. Additionally – rally attendees commonly need to travel on their during the mandatory curfew hours.

The false claim (riddled with grammar and spelling errors) was just a minor variation of an earlier fake news story about a purported motorcycle curfew that was published in March 2016. No other media outlets reported on what would have been fairly major news for all long-haul truckers, given their multi-state routes.

The "truck curfew" story was one of several fake news items in a subset targeting specific populations on social media, among whom the stories would be heavily shared (and by which the sites involved would rake in traffic and revenue). Along with the motorcycle curfew claim, a similar outlet reported fabricated motorcycle speed bans in August 2016, a FDA e-juice ban in mid-2016, a "two pet maximum" ordinance (suggesting households would be forced to rehome beloved dogs and cats), and a religious content ban on Facebook. Best Source Of Videos was among fake news sites which did not include a disclaimer warning readers about fabricated content.