Did a Truck Carrying 20,000 Pounds of Ramen Noodles Crash into a Lake?

It's enough to feed one college student for an entire week. 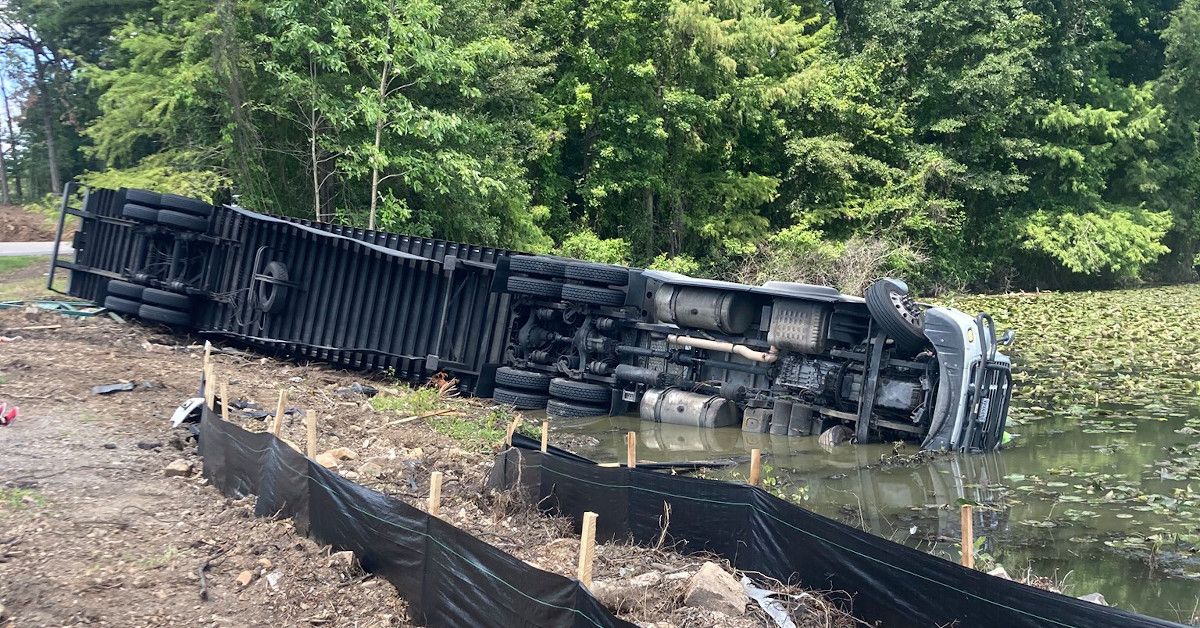 Claim:
In July 2021, a truck carrying 20,000 pounds of Ramen noodles crashed into a lake in Arkansas.
Rating:

In July 2021, various news outlets reported that a truck in Arkansas had crashed into a lake while carrying no less than 20,000 pounds of Ramen, the popular, low-cost noodles.

For example, on July 14, Newsweek published an article with the headline "Truck Carrying 20,000 Pounds of Ramen Noodles Crashes Into Lake," and various local news programs made light of the accident with humorous references to the "just add water" instructions for making the noodles.

Those reports were accurate.

On July 13, the Arkansas Game and Fish Commission posted on Facebook photographs of the aftermath of the crash, along with the following explanation of the facts:

An 18-wheel semitrailer wound up on its side today, partially submerged in Lake Conway, at the intersection of Arkansas Highway 89 and Interstate 40 in Faulkner County. The Arkansas Department of Environmental Quality has been notified and a HAZMAT crew is on the scene. A wrecker is removing the truck from the lake, which appears to be uncontaminated by the accident. The truck was hauling 20,000 pounds of ramen noodles. There's no report that the driver or passenger were seriously injured. The Mayflower Police Department posted its own photographs of the aftermath of the incident, and confirmed that it had taken place at the intersection of Highway 89 and Interstate 40, and that a wrecker had been dispatched to recover the vehicle.