Does a Tree With Darker Leaves Than Neighboring Ones Mean a Body Is Buried Nearby?

There's no evidence to support this claim, but it's not as baseless as you might think. 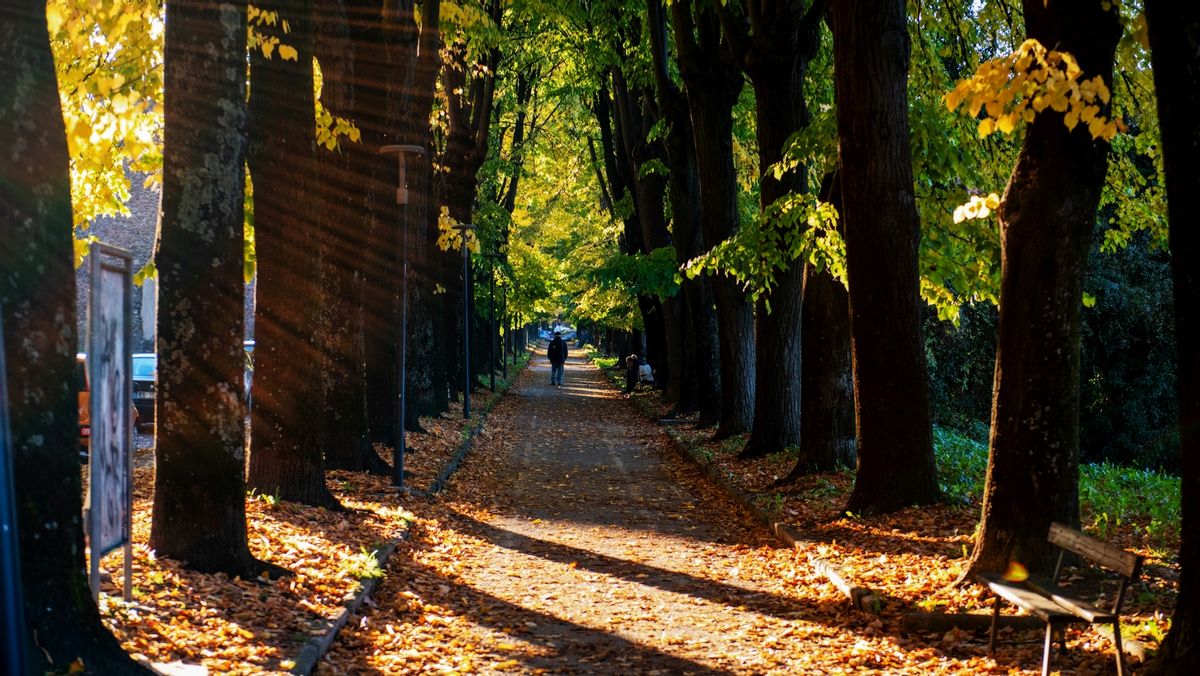 Claim:
A tree with darker leaves than surrounding trees indicates there's a body buried beneath or near it.
Rating:

Mark this one down as a topic we thought was totally false before researching it, only to find out there may be some element of truth to it.

A reader sent Snopes a meme containing an photograph of a tree trunk along with text that stated, "A tree with darker leaves than the surrounding trees can indicate that a body is buried beneath it."

"Sounds like bunk," the Snopes reader wrote, in an email asking us to investigate. And it does — but it's not as baseless as we initially thought.

Although there's no evidence as of this writing to fully support the claim that tree leaves darken when a body is buried under or near it, scientists have researched the idea that authorities could potentially find a deceased missing person hidden from aerial searches by tree canopies if nearby foliage changes appearance after being exposed to a decomposing body.

Here is a screenshot of the meme in question: 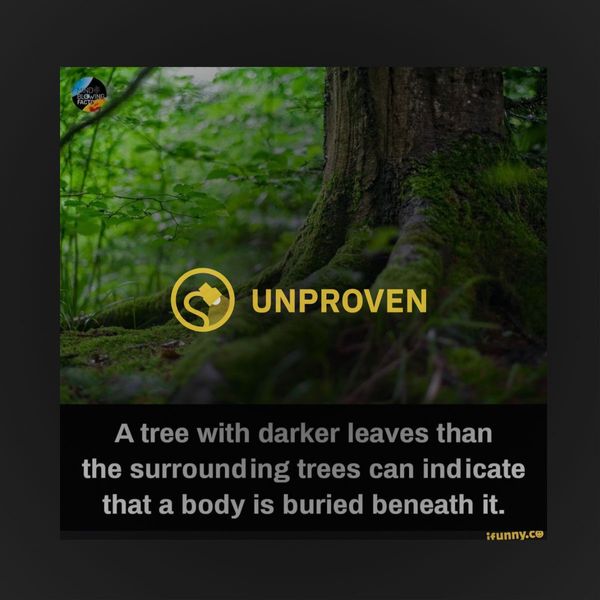 The watermark on the bottom right of the meme indicates its source — the meme-generating site iFunny. That's the source of the meme itself, but what about the claim? We will lay out what we found below.

Our research on the claim, that tree leaves darken if there is a body buried under it, indicated that it first began circulating on the internet in September 2020, and was likely a distortion of a question seriously put forward by scientists at that time.

In a paper published on Sept. 3, 2020, in the scientific journal Trends in Plant Science, researchers proposed this idea: That "spectral responses in tree and shrub canopies could act as guides to find cadavers using remote sensing platforms for societal benefit." In less scientific terms, the paper's authors set out to investigate whether the response by local plant life to the presence of a decomposing human body could tip authorities off to its location.

Here's how the science and technology news site Wired described the research when the story broke in September 2020:

SINCE 1980, THE University of Tennessee's Forensic Anthropology Center has plumbed the depths of the most macabre of sciences: the decomposition of human bodies. Known colloquially as the Body Farm, here scientists examine how donated cadavers decay, like how the microbiomes inside us go haywire after death. That microbial activity leads to bloat, and—eventually—a body will puncture. Out flows a rank fluid of nutrients, especially nitrogen, for plants on the Body Farm to subsume.

That gave a group of University of Tennessee, Knoxville researchers an idea: What if that blast of nutrients actually changes the color and reflectance of a tree's leaves? And, if so, what if law enforcement authorities could use a drone to scan a forest, looking for these changes to find deceased missing people? Today in the journal Trends in Plant Science, they're formally floating the idea—which, to be clear, is still theoretical. The researchers are just beginning to study how a plant's phenotype—its physical characteristics—might change if a human body is composing nearby. "What we're proposing is to use plants as indicators of human decomposition, to hopefully be able to use individual trees within the forest to help pinpoint where someone has died, to help in body recovery," says UT Knoxville plant biologist Neal Stewart, coauthor on the new paper.

A dead human would typically (but not always) be much larger than wild animals, Stewart theorized in a September 2020 piece for news and analysis site The Conversation, thus a human body would potentially produce enough nitrogen to change nearby plants, helping law enforcement conducting an aerial search pinpoint its location. Dead wildlife (like rodents or birds) on the other hand, probably wouldn't produce enough and thus wouldn't cause a noticeable change.

But to date, the research hasn't produced any findings that can confirm the claim in the meme — that a tree with darker leaves than its neighbor trees is an indicator of a human body buried under (or near) it.

In an email to Snopes, Stewart said that to his knowledge, the Body Farm's research into foliage response to decomposing human bodies is the only one conducted. Some leaf browning and leaf dropping were observed, but could be described as anecdotal evidence, since it wasn't extensive and couldn't be replicated in a greenhouse setting with human decomposition fluids.

"We are still analyzing the results from our study, which we intend on submitting for publication in a scientific journal," Stewart wrote. "What I can say at this point is that some species of plants did have spectral changes in their leaves when human bodies decomposed, but the effect was subtle and not a clear cut color change that could be observed by eye."

We are rating this claim "Unproven" as of now, because the only study we know of on the subject is still ongoing, and the results described to us don't support it. We will update this story if further information comes to light.

Stewart, Neal. "Plants Might Be Able to Tell Us about the Location of Dead Bodies, Helping Families Find Missing People." The Conversation. 4 Sept. 2020, https://phys.org/news/2020-09-dead-bodies-families-people.html.