Is This 'Transparent' Frog Real?

The amphibian's translucent skin has earned it the name "glass frog." 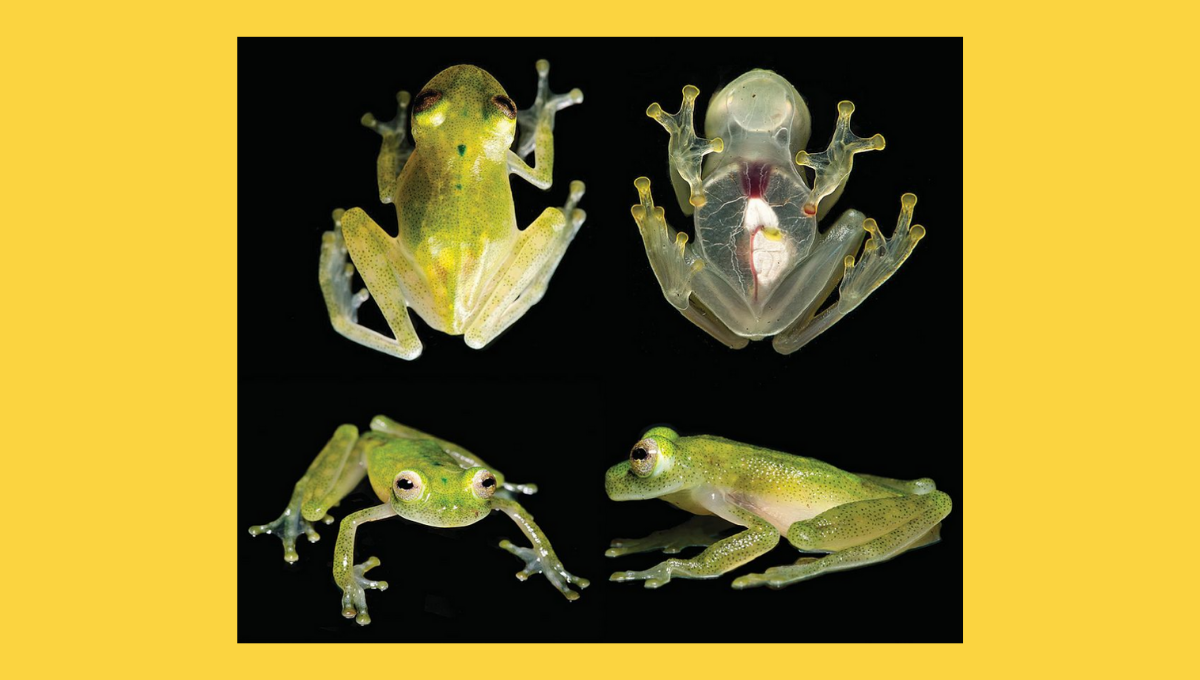 In December 2020, an image supposedly showing a transparent frog circulated on social media:

This is a genuine image of a transparent frog.

The photograph was taken by Jaime Culebras of a species of "glass frog" at the Mashpi Reserve in Ecuador. Culebras identified the specific species as a Hyalinobatrachium valerioi in a September 2020 Instagram post:

With 156 species described and more than 50 undescribed, #centrolenidae, known as #glassfrogs, are fascinating because their varied dorsal patterns. However, its most notable characteristics is the ventral #transparency of some species, especially those of the genus "#Hyalinobatrachium". Other species, such as those of the genus "#Nymphargus", don't have this peculiarity as well developed, but they are no less impressive for that.

While this is a genuine image of a "transparent" frog, this amphibian's organs are only visible when looking at the frog's underside. The image at the top of this article shows that another species of glass frog, Hyalinobatrachium yaku, looks more or less like a "normal" frog from other angles.

In May 2020, a team of researchers determined that this frog's translucent skin likely helps it stay hidden from predators. James Barnett, a frog researcher at McMaster University, said:

The frogs are always green but appear to brighten and darken depending on the background. This change in brightness makes the frogs a closer match to their immediate surroundings, which are predominantly made up of green leaves. We also found that the legs are more translucent than the body and so when the legs are held tucked to the frog’s sides at rest, this creates a diffuse gradient from leaf colour to frog colour rather than a more salient sharp edge. This suggests a novel form of camouflage: "edge diffusion."

Here's a video of various species of glass frogs from Wired: