The tear-jerking tale of a little boy who selflessly agreed to transfuse his sister, believing the procedure would kill him. 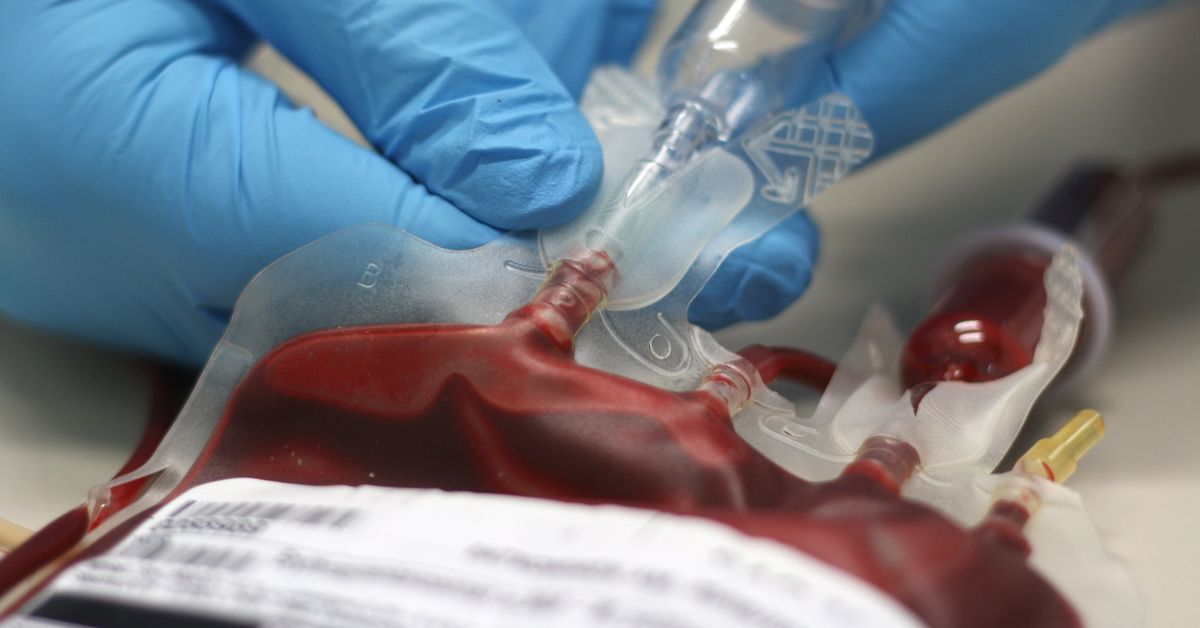 Claim:
A brave little boy agrees to transfuse his ailing little sister, thinking the procedure will kill him even as it saves her life.
Rating:

This tear-jerking tale of brotherly self-sacrifice appears to have begun its online life in June 1998 (although the core story is much older, as you soon will find out). The text is lifted word-for-word from the 1993 best seller, Chicken Soup for the Soul, the first book in what was to become a veritable downpour of Chicken Soup drenchings:

Many years ago, when I worked as a volunteer at Stanford Hospital, I got to know a little girl named Liza who was suffering from a rare and serious disease. Her only chance of recovery appeared to be a blood transfusion from her five-year-old brother, who had miraculously survived the same disease and had developed the antibodies needed to combat the illness. The doctor explained the situation to her little brother, and asked the boy if he would be willing to give his blood to his sister. I saw him hesitate for only a moment before taking a deep breath and saying, "Yes, I'll do it if it will save Liza."

As the transfusion progressed, he lay in bed next to his sister and smiled, as we all did, seeing the color returning to her cheeks. Then his face grew pale and his smile faded. He looked up at the doctor and asked with a trembling voice, "Will I start to die right away?"

Being young, the boy had misunderstood the doctor; he thought he was going to have to give her all his blood.

Whoever transcribed the tale for inclusion in a "Life's Lessons" compilation mailing trimmed off the opening as given in Chicken Soup for the Soul:

"So you think I'm courageous?" she asked.

"Perhaps I am. But that's because I've had some inspiring teachers. I'll tell you about one of them."

Why that bit was excised is anybody's guess. Possibly its unsung cyber-editor felt those opening paragraphs positioned the tale as one of courage in general, whereas snipping that part out better presented it as an inspirational tale of the self-sacrificing love of one innocent tot for another.

Chicken Soup for the Soul listed the source for this tale (which it called "On Courage") as Dan Millman. Interestingly, a remarkably similar story appeared in a book published a year later:

Here is the best true story on giving I know, and it was told by Jack Kornfield of the Spirit Rock Meditation Center in Woodacre. An eight-year-old boy had a younger sister who was dying of leukemia, and he was told that without a blood transfusion she would die. His parents explained to him that his blood was probably compatible with hers, and if so, he could be the blood donor. They asked him if they could test his blood. He said sure. So they did and it was a good match. Then they asked if he would give his sister a pint of blood, that it could be her only chance of living. He said he would have to think about it overnight.

The next day he went to his parents and said he was willing to donate the blood. So they took him to the hospital where he was put on a gurney beside his six-year-old sister. Both of them were hooked up to IVs. A nurse withdrew a pint of blood from the boy, which was then put in the girl's IV. The boy lay on his gurney in silence while the blood dripped into his sister, until the doctor came over to see how he was doing. Then the boy opened his eyes and asked, "How soon until I start to die?"

Did Kornfield (Lamott's source) get the story from Chicken Soup for the Soul? Or from another fount?

Just as interestingly, a 1974 issue of a magazine distributed by the Church of Jesus Christ of Latter Day Saints contained the following unattributed item:

A little girl was critically ill. She needed a special kind of blood for a transfusion to save her life.

Her brother had the same type of blood. The doctors asked him if he would be willing to give his blood so his sister might live. Without hesitating, the young boy answered, "Sure!"

After the blood transfusion was completed, the brother turned to the doctor and asked softly, "Now, sir, when will I die?"

It took only a moment for the doctor to realize the young boy had thought that giving blood to his sister would kill him. But he was willing to die for her.

LDS high school students of the 1970s recalled viewing in class a short film that used the same storyline even though it swapped the genders of the dying and rescuing children, making the little girl the heroine.

Another reader recalled reading the story set in a Vietnamese village just leveled by U.S. ground forces. An American medic was tending two just-orphaned children, the one desperately in need of a battlefield transfusion if she was to pull through. The little boy submitted to having his blood taken to put into his sibling even though he believed this would kill him. In that version, some plausibility was gained from the presence of a language barrier, forcing the critical exchanges to take place in pidgin.

Undeniably, however, the oldest sighting surfaced in a 1925 Mary Pickford film, Little Annie Rooney. Upon hearing her beloved brother had been shot in a gun battle, Annabelle Rooney (32-year-old Mary Pickford playing the part of a 12-year-old) rushed to the hospital to offer herself up for a life-saving transfusion, even though she thought the procedure would kill her.

This "touching yet true life" offering has been kicking around in popular culture for more than 90 years, which means it has already enjoyed a longer life than most of the people who repeat it will. No chicken soup keeps that well, and the astute should by now be ruling out the likelihood of so many critical-condition youngsters brought back from the brink of death by transfusion from siblings who were convinced they were submitting to having all their blood drained off.

Whatever the online story's source, it is typical of many glurgerific offerings: the sticky-sweet surface message masks a darker reading of the same tale. What should we make of the idea that a little boy believed his parents loved his sister far more than they loved him, and would happily throw away his life for hers?