Yes, 11 People Died When Suicidal Driver Parked on Train Tracks Near LA in '05

Memes about a "chain reaction train wreck" refer to one of the deadliest train crashes in Metrolink's history. 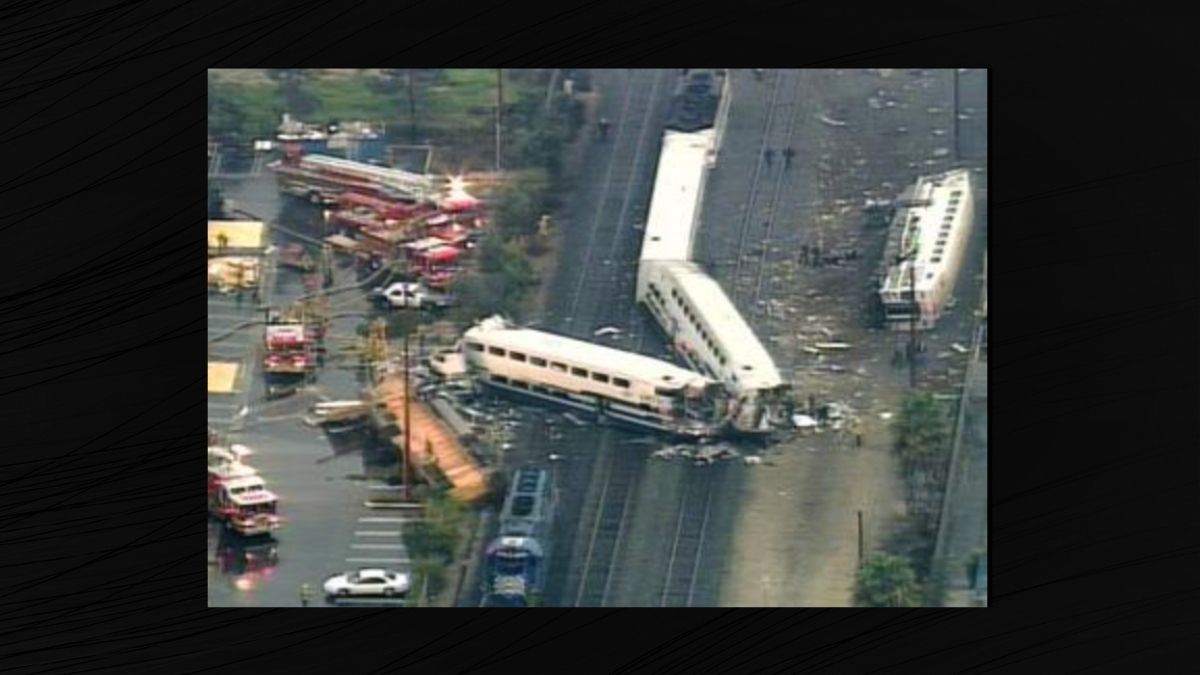 Claim:
A man was sentenced to 11 consecutive life sentences after abandoning his vehicle on train tracks near Los Angeles in a suicide attempt, resulting in a train crash that killed 11.
Rating:

In April 2022, a meme circulated on social media describing the effects of a train collision, along with text stating the cause of the crash. We will include a screenshot of one version of the meme posted to Twitter, with the Twitter user's name cropped out for privacy: The tweet above refers to a real incident, although it didn't happen in downtown Los Angeles. It happened in Glendale, a city roughly 10 miles north of downtown L.A.

The crash occurred on Jan. 26, 2005, just after 6 a.m. when a Metrolink commuter train headed south smashed into an SUV parked on the tracks, killing 11 people. As the Los Angeles Times reported, the train jackknifed. Aside from the fatalities, nearly 200 people were injured.

The meme is accurate in that the cause of the crash was a man who parked his car on the tracks, and later told investigators he planned to commit suicide, but changed his mind at the last minute, abandoning the vehicle. The man, Juan Manuel Alvarez, was indeed sentenced to 11 consecutive life sentences, as the meme states.

The 2005 crash was the second deadliest in Metrolink's history, surpassed in 2008 by a collision between a commuter train and a freight train in Chatsworth, a San Fernando Valley neighborhood in northwest Los Angeles. In that crash, 25 people died when the westbound train they were riding in collided head-on with an eastbound freight train.

The cause of the Chatsworth crash was determined to be a distracted Metrolink engineer, who was texting and failed to see a red danger signal alerting him to the oncoming train.