Did US Navy SEALs Rescue Trafficked Children from Ever Given Ship?

A website with a history of publishing dubious content advanced a conspiracy theory about the formerly stuck Suez Canal ship. 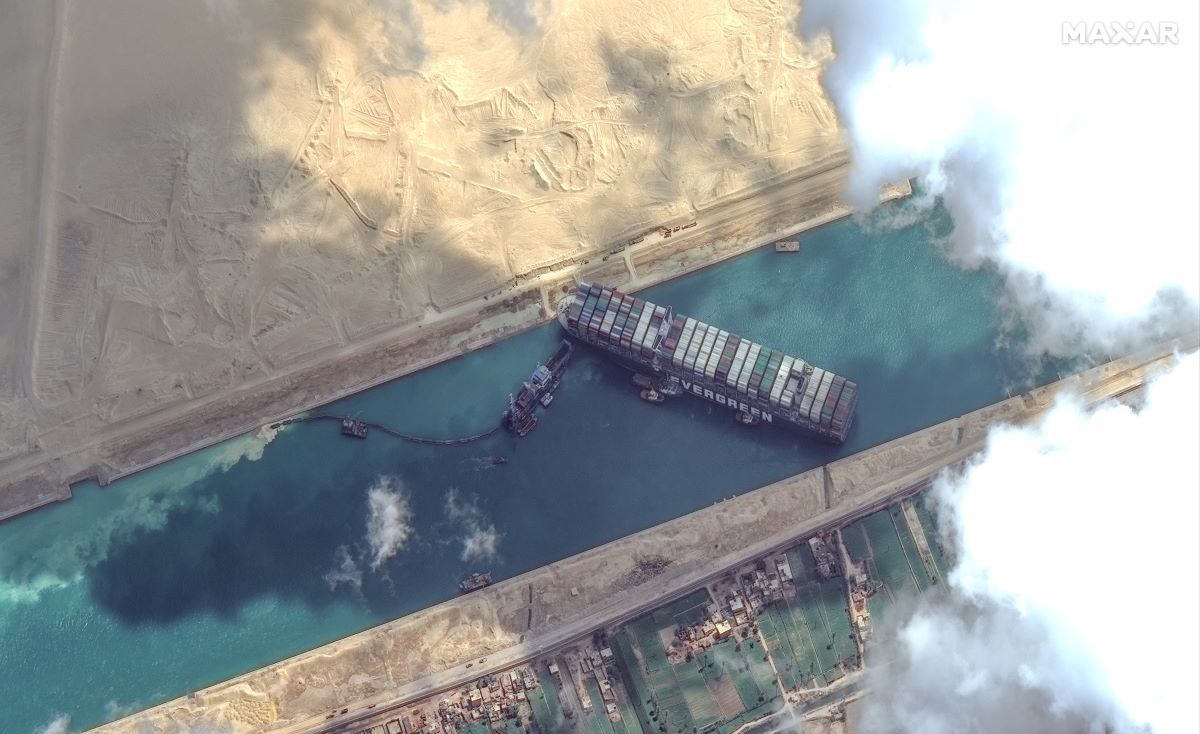 Claim:
Over a thousand trafficked children and dead bodies were rescued by U.S. Navy SEALs out of shipping containers on Evergreen's Ever Given cargo ship after it became stuck in the Suez Canal.
Rating:

In early April 2021, a seemingly endless number of social media users copied and pasted a purported breaking news story about the ship that was famously stuck for days in the Suez Canal. Most of the posts began with the same sentence: "Over a thousand trafficked children and dead bodies have been rescued out of shipping containers in the Suez Canal by US Navy Seals." The story referenced the Evergreen cargo ship Ever Given, which became stuck in the Suez Canal in March and caused a major maritime traffic jam that took days to clear after the ship was freed.

The source of the text appeared to be Before It's News, a dubious website that has consistently published content not rooted in facts. For example, the unreliable website once falsely claimed Pope Francis had been found guilty of child trafficking and murder.

Regarding the Ever Given ship and the purported U.S. Navy SEALs rescue, the full story on Before It's News bore the headline: "Trafficked Children, Bodies, Weapons Found on Evergreen Ship Blocking Suez Canal." In addition to being posted on Facebook, the misleading content was also shared on TikTok.

The introduction of the article read as follows:

Over a thousand trafficked children and dead bodies have been rescued out of shipping containers in the Suez Canal by US Navy Seals. Sources say that as of this writing, children were still being rescued and bodies discovered in Evergreen’s 18,000+ containers. The containers were on an Evergreen Corporation ship that blocked the Canal from Tues. 23 March to Mon 29 March, causing billions in lost revenue to shipping companies internationally.

The Seals also found Weapons of Mass Destruction on the six story high vessel – which were believed destined to start a war in the Middle East.

Finally by Tues. the Evergreen cargo ship was loosened and taken to Bitter Lake in Egypt. By order of the Egyptian President, the containers were taken off the ship and searched by US Navy Seals.

The Japanese-owned, Taiwanese-operated ship of Evergreen Corporation was actually co-owned by Walmart and the Clinton Foundation – known for it’s international child trafficking ring. The children were said ordered out of magazines like Wayfair by pedophiles who paid big bucks for certain abused children.

The rest of the article mentioned "weapons of mass destruction" and included a purported "telegram" that read: "Ever Given has been boarded by the US Navy Seals and they have opened several cargo containers with live and dead inside. The vessel is in Bitter Lake and the Navy is performing unloading procedures. No images will be leaked, but I have been sent one."

The entire story was false.

One Facebook user who shared the baseless article posted: "YOU CAN’T MAKE THIS STUFF UP!!" That was also false.

Not one credible news publisher across the world reported anything similar. If such a story had any basis in fact, it is unlikely that coverage of the massive breaking news event would be limited to a single obscure website that had a history of publishing false and misleading content.

The mention of the Clinton Foundation in the story might remind readers of a somewhat similar, debunked claim involving former U.S. Secretary of State Hillary Clinton and the Ever Given cargo ship.

The baseless trafficking claims were also similar to those covered in July 2020 when misleading social media posts were shared about the Wayfair online shopping website.

In sum, no credible news publisher or government entity reported that U.S. Navy SEALs rescued trafficked children and found dead bodies on Evergreen's Ever Given cargo ship. For that reason, we have rated this story as "False."