We received a message from a reader that alerted us to a Facebook scam that claimed to offer deep discounts on Traeger Grills products. 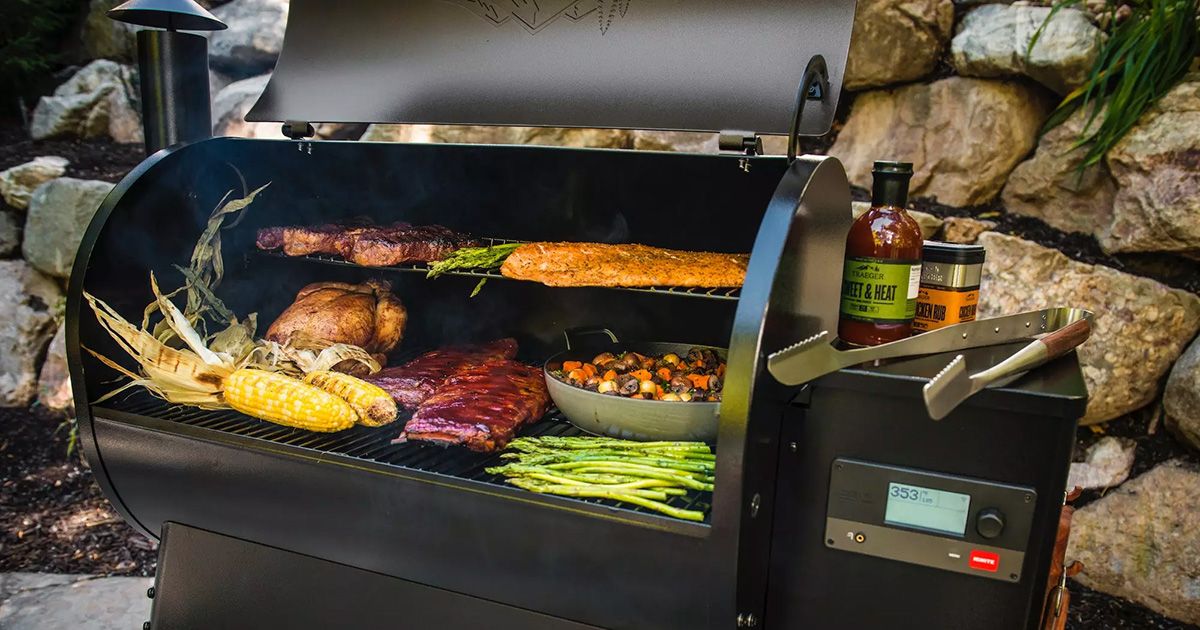 Claim:
Traeger, Inc., announced that it's closing and is offering its wood pellet grills for under $150.
Rating:

Traeger Grills is not closing. The Facebook page and website associated with this scam appeared to be managed from computers in China. There's no indication that the company had anything to do with the scam. We reached out to Traeger, Inc., to alert it to the activity and will update this story if we receive a response.

In May 2022, Traeger Grills' wood pellet grills were featured in a new Facebook scam on a page named Eanzeishop. The posts, which appeared as paid advertising on the social media platform, claimed, "Traeger grill big sale, our store is closing soon, you can get huge discount online and in store. Come and choose!" However, none of this was real. One of the paid ads that was displayed to Facebook users.

The links in the ads led to eanzeishop.com, a website that appeared to have been designed to look like an official website for Traeger Grills. For example, the "About Us" page on the website was written to seemingly fool people into thinking the website officially represented the company in a way as if it was pretending to be Traeger.com. None of the grills were marked as "used" or "refurbished," which could potentially explain the alleged discounts (if they were real). The website appeared to claim to offer only brand new products.

The Facebook ads showed pictures of several Traeger Grills products with "big sale" price tags under $150. That would be a deep discount, as some of the company's grills can retail for thousands of dollars. "Traeger Online" appeared at the bottom of the ad, likely to try to fool users into thinking the offers were both official and real.

The Facebook page Eanzeishop was registered on April 21, just days before we published this fact check. It had four followers and showed a phone number with a Chinese country code. The page claimed to be associated with a company named Shenzhen Shebai Trading Co., Ltd., and described itself as a source of information on "household supplies."

Also, domain records for eanzeishop.com showed that it had been registered on a Chinese website on March 18, just weeks before the Facebook page was created. We checked the Internet Archive's Wayback Machine and found no evidence that eanzeishop.com existed before that date.

It was unclear what might happen if a customer attempted to purchase a Traeger Grills "sale" product on the scammy eanzeishop.com website. The checkout process included several fields for entering personal information. It used the word "Province" instead of "State," which was another red flag that it was a scam.

The only way to pay on eanzeishop.com was by linking a PayPal account. We went through most of the steps in this checkout process and noticed that, once we landed on Paypal.com to log in and complete the purchase, the Paypal account associated with the scam showed as "Catherine Bene LLC." The words "Catherine Bene LLC" can be seen at the bottom of this screenshot: We found no further details about "Catherine Bene LLC."

These kinds of scams can potentially lead to phishing, identity theft, and other dangerous outcomes. Some perpetrators might just be looking to take victims' money and never deliver the ordered products.

We reached out to Traeger Grills by email to alert it to the "big sale" scam that claimed the company was "closing." This story will be updated if we receive more details.