Toyota 4Runner 'Anniversary Giveaway' on Facebook Is a Scam

A post told users that they would be entered to win by commenting “Done.” 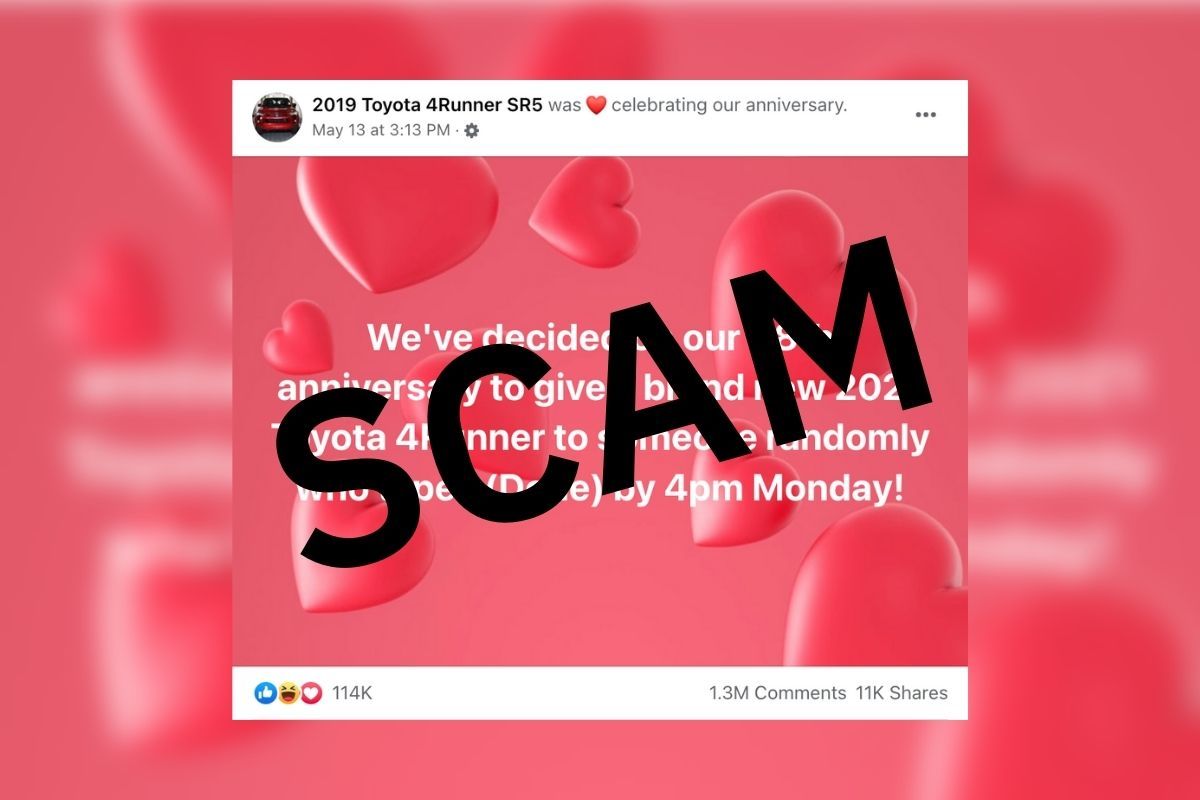 Claim:
Toyota announced on Facebook that it was giving away a 2021 Toyota 4Runner in celebration of the company’s 68th anniversary.
Rating:

Toyota confirmed to Snopes that the post was bogus and the company had asked Facebook to remove it.

A Facebook post claiming to announce a Toyota giveaway is a scam, officials for the company told Snopes in May 2022.

The post in question was shared on May 13 by the page 2019 Toyota 4Runner SR5. It read: “We’ve decided on our 68th anniversary to give a brand new 2021 Toyota 4Runner to someone randomly who types (Done) by 4pm Monday!” The page had no affiliation with the company.

In an email to Snopes, a Toyota spokesperson confirmed that the post was a scam and that the auto manufacturer had since asked Facebook to remove it. However, as of this writing the post was still active with more than 1.3 million comments and over 11,000 shares.

The Facebook page itself, which has over 48,000 followers, does not appear to claim any relationship with Toyota and describes itself as being “for the fans of Toyota.” The scam post was similar to another “anniversary giveaway" we covered in which a spam account posing as Southwest Airlines promised free airline tickets.