Did 'Total Collapse' in Wind and Solar Energy Leave Germans in Need of Coal-Fired Power?

The European nation is heralded as a leader in wind and solar energy production. 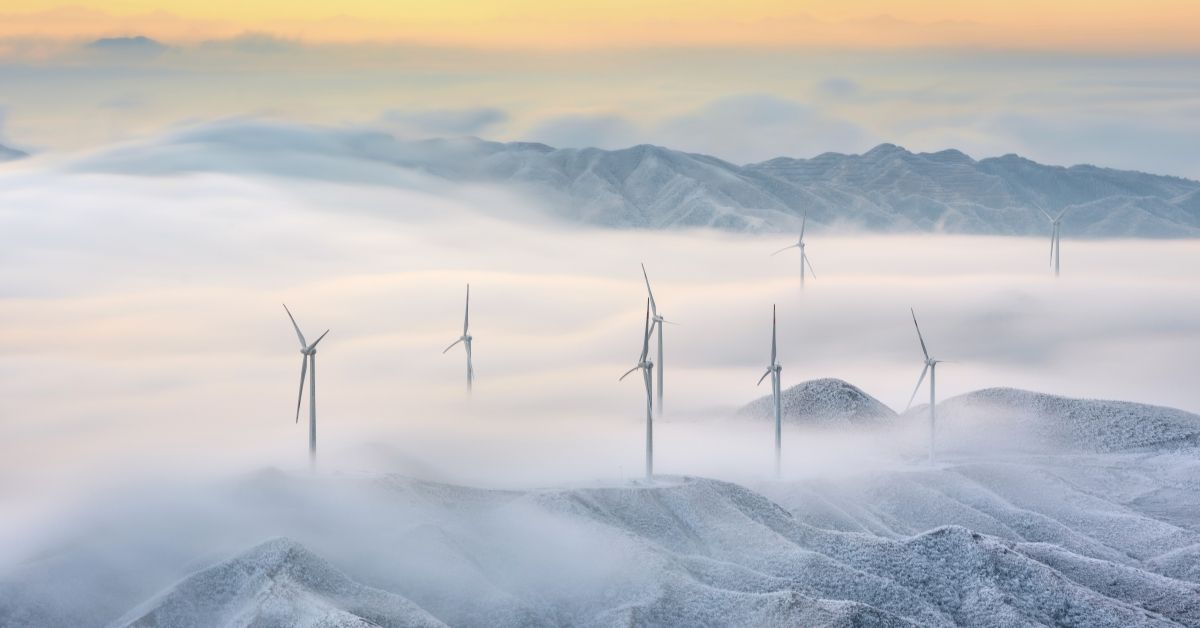 Claim:
As cold weather pushed through Germany in February 2021, a “total collapse” in wind and solar energy left Germans in need of coal-fired energy.
Rating:

It is true that colder temperatures can hamper the ability of wind turbines and solar panels to produce energy.

Snopes did not find evidence that Germany was experiencing a “total collapse” in wind and solar energy. Furthermore, both solar panels and wind turbines are capable of functioning under cold and snowy conditions.

As Texas struggled with statewide rolling blackouts and much of the United States experienced a potent arctic storm with frigid temperatures and unprecedented ice and snow in February 2021, social media users speculated that frozen wind turbines in Texas played a major role in power outages there (false). And across the world, others argued that Germany's renewable energy sources, wind and solar, failed that country,  requiring greater output from nuclear and coal production to make up the difference.

The allegation stemmed from an article published by Stop These Things (STT), an anti-wind website that the Center for Media and Democracy's SourceWatch said promotes “anecdotes and pseudoscience intended to cast doubt on the effectiveness of wind energy.” The STT report cited a pseudoscientific blog post published by NoTricksZone on Jan. 28, 2021, by Pierre Goselin titled, “Berlin on the Brink! Winter Blackouts Loom As Coal Plants Run At 100% Capacity, Struggle to Keep Lights On.” Similar claims were shared on Reddit and other publications, including World News Era.

While it is true that solar panels and wind turbines can suffer during periods of extreme cold and high snow pilings, it is not accurate to say that Germany experienced a “total collapse” of power. It is also inaccurate to say that coal and nuclear power were required to step up to make up the difference.

In particular, NoTricksZone cited a video produced by German national broadcaster Rundfunk Berlin-Brandenburg (RBB) that had reportedly been taken down by the channel but was reuploaded to YouTube by wind energy protest group Vernunftkraft.du. NoTricksZone said that in the video, Daniel Bartig, a mechanic at the LEAG Lausitz power plant, said that he was skeptical that green energy can “do the job” and that the “greatest share of power is currently coming from coal.” Harald Schwarz, professor of power distribution at the University of Cottbus, said that he is “very skeptical of wind and solar energy doing the job”:

With this supply of wind and photovoltaic energy, it’s between 0 and 2 or 3 percent – that is de facto zero. You can see it in many diagrams that we have days, weeks, in the year where we have neither wind nor PV. Especially this time for example – there is no wind and PV, and there are often times when the wind is very miniscule. These are things, I must say, that have been physically established and known for centuries, and we’ve simply totally neglected this during the green energies discussion.”

While our emails to RBB, Schwarz and the Federal Ministry for Economic Affairs and Energy went unanswered, an investigation into Germany’s power grid in early 2021 revealed that such claims were largely unfounded.

Germany is heralded as a leader in wind and solar power. In 2013, leaders launched Energiewende, a movement to shift the power grid to a more efficient and carbon-neutral system, eliminate electricity generated from nuclear by 2022, and fully phase out coal by 2038. And movements in early 2021 continued a shift from nuclear, as well as coal and oil, to a more diversified system.

As of December 2019, about 12% of Germany’s electricity came from nuclear energy produced at seven reactors, while over 40% of electricity came from coal, according to the World Nuclear Association, an international organization that promotes nuclear power. By and large, coal was the largest source of power generation in 2019, according to a 2020 report published by the International Energy Agency.

Those numbers shifted slightly in 2020, according to preliminary data published by the German Association of Energy and Water Industries (BDEW), which found that 44.6% of energy sourced in Germany in 2020 was from renewables — nearly a quarter of which was produced by onshore and offshore wind, and 8.9% of which was solar, reported Clean Energy Wire. But other energy sources still hold a share in that total. Natural gas made up 16.2%, while nuclear clocked in around 11.4%, and hard coal 7.5%, so it’s not out of the ordinary for Germany to be getting its energy from coal and nuclear sources, particularly in the winter.

The largest issue with Germany’s power grid, according to the IEA, is that most of the wind capacity is located in the northern region whereas most of the demand is in urban regions to the south — and transporting wind power can be a difficult and arduous task.

Understanding the Capacity of Solar Panels in Snowy Conditions

According to STT report, Germany’s “millions of solar panels are blanketed in snow and ice” and were “thus rendered useless”:

So much for the ‘transition’ to an all wind and sun powered future – aka the ‘Energiewende’.

Despite being the object of consternation and much vilification over the last 20 years, Germany’s coal-fired plants are now being appreciated for what they are: truly meaningful power generation sources, available on demand, whatever the weather. With a Nationwide blackout a heartbeat away, the German obsession with unreliable wind and solar is like a time bomb set to explode.

It is true that solar panels require sunlight to produce energy and that being covered in snow can hamper their efficiency, but that doesn’t mean that they are rendered useless. Most solar panels are tilted at an angle, so snow will slide off on its own. And if it doesn’t, caretakers will simply remove the snow without damaging the panels, according to the solar industry company Energy Sage.

“Cold, sunny weather is actually good for panels. Winter months are actually good for solar energy production, as long as your panels aren’t covered by snow. Like most electronics, solar panels function more efficiently in cold conditions than in hot,” wrote the solar industry experts. “This means that your panels will produce more power for each precious hour of sunshine during the short days of winter.”

And according to the U.S. Department of Energy, a little snow has little impact on solar panels. While heavy snow can limit the amount of energy produced, light is still able to move through the snow — even when panels are completely covered by snow, they can still generate energy.

The biggest threat to solar panels from heavy snowfall is weight, which can put stress on the delicate system and photovoltaic panels, which are responsible for generating electricity via sunlight.

The TSS report also claimed that “freezing weather has halted 30,000 wind turbines,” which could in part be true. Turbines use wind to make electricity when it rotates the blades around a rotor, which spins a generator to create electricity. But when there is an accumulation of ice on these blades, an increased load can reduce power and damage the blades.

Cold weather can also shut down equipment, and in places that are ill-equipped for chilly temperatures, this can slow down energy production. But NoTricksZone reported that 30,000 wind turbines in Germany were largely out of operation, and “in a world 100% reliant on green energies, this would mean near 100% darkness at home.” Snopes did not find evidence to confirm that tens of thousands of turbines were out of operation; neither is it true that Germany is fully dependent on green energies — yet.