Did Tommy Lee Break His Ribs in a Fight with Barry Manilow?

So far, neither Lee nor Manilow has admitted to engaging in fisticuffs with the other. Perhaps because it didn't happen. 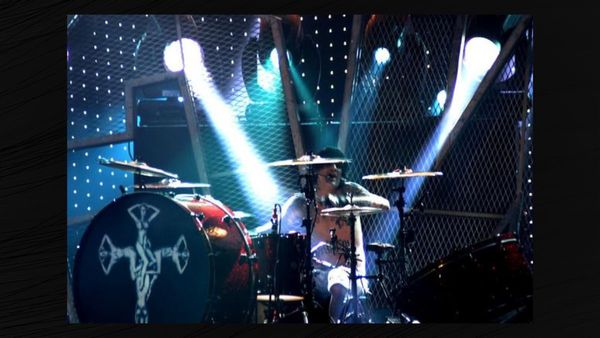 Claim:
Mötley Crüe drummer Tommy Lee broke his ribs after getting into a backstage fight with singer Barry Manilow.
Rating:

In June 2022, a story claiming Mötley Crüe drummer Tommy Lee got into a fight with singer Barry Manilow backstage at a performance, went viral.

According to the article, the “trouble started when Tommy accused Barry Manilow of hitting on Lee’s 4th wife, Brittany Furlan. Manilow politely explained that he was just chatting with her and she is definitely not his type. Tommy then grabbed Manilow and things got out of control.”

After the fight was over, Lee ended up with four broken ribs and a severely “bruised ego.” Manilow allegedly said about their encounter: ​​“I got hands, I may be old but I can throw down. A lot of people don’t know that I am a third degree black belt and my hands are registered with the FBI as lethal weapons. I thought he was joking, Of course I am not interested in his wife. When he manhandled me and wrinkled my leisure suit, I saw red. I went to work on his ribs and didn’t let up until I heard the sound of Rice Krispies. You know, Snap, Crackle and Pop.”

This story is not real. It originated from a website that is a “comedy magazine." According to their mission statement:

Madhouse Magazine is the only place you can find hysterical satire, phony interviews, and imaginary concert reviews. We will mock and lampoon your favorite rock stars, musicians, actors, athletes, politicians and maybe even your Aunt Sheila. Madhouse covers all musical genres and timelines. We make fun of Classic Rock, Punk Rock, Heavy Metal, Country, Jazz, Reggae, Rap, Opera and even Classical Music. We broke the news that Keith Richards and Betty White Escaped Earth to Repopulate our Species. We were the only ones to cover the news that Ozzy Osbourne will be The New Host of Jeopardy.

The site also has the disclaimer:

Satire is awesome. And it is protected by the First Amendment. We here at Madhouse Magazine believe in Embellishments, Exaggerations and complete Fabrications. It’s all in good fun and no harm was meant. All rights reserved and all content copyright Madhouse Magazine 2020. Names, characters, business, events and incidents are the products of the author’s imagination. Any resemblance to actual persons, living or dead, or actual events is purely coincidental !!!!

Lee is known for his wild persona, but we are unaware of encounters he may or may not have had with Barry Manilow, a man known more for his sentimental and romantic ballads.

The article likely drew from Lee’s claim that he actually broke his ribs. In mid-June 2022, while onstage during a Mötley Crüe stadium tour, Lee told a crowd that he had broken four ribs, and his doctor told him he couldn’t perform. “OK, anyway, what I’ve got to tell you is about 14 days ago, I fuckin’ broke not one, not two, not three, but four fuckin’ ribs right here,” he said. “I wish I had a fuckin’ badass story, like me and Conor McGregor fuckin’ scrapping out in some fuckin’ bar or something, but I don’t.”

He released a statement on Instagram about his injury as well, saying he would “beast through the pain.” So far, neither Lee nor Manilow have admitted to engaging in fisticuffs with each other.