Tom Selleck Is Not Dead, Despite 'Sad News' Rumors 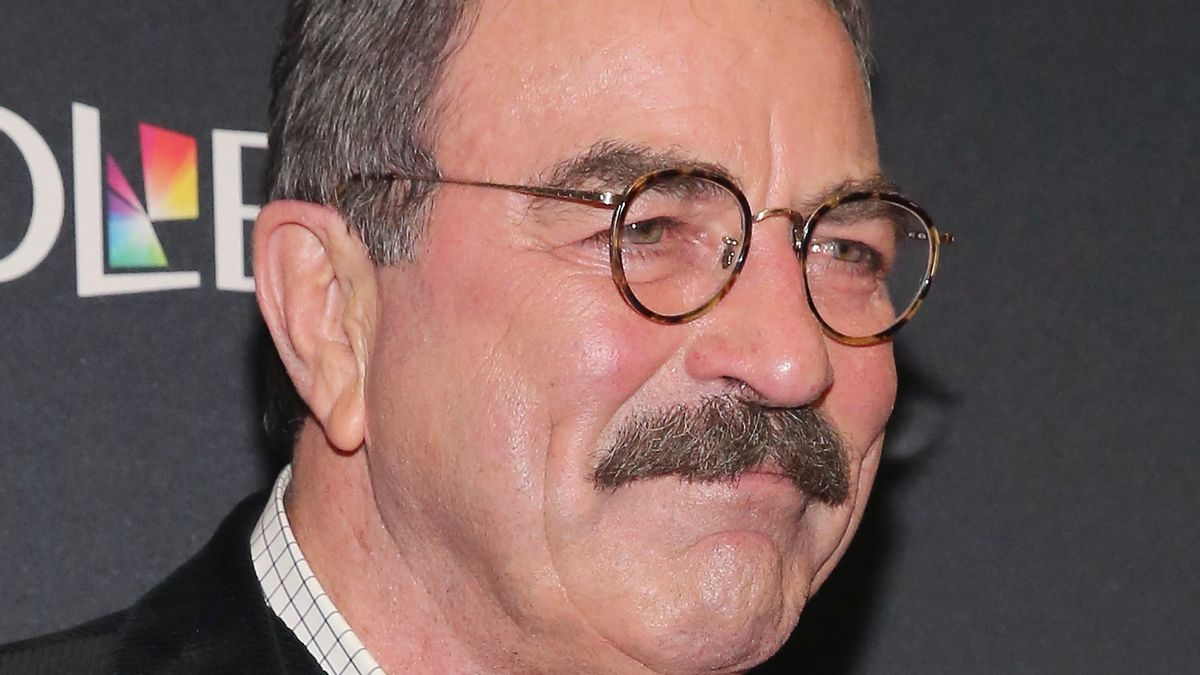 Actor Tom Selleck attends the PaleyFest NY for "Blue Bloods" at The Paley Center for Media on Oct. 16, 2017 in New York City. (Photo by Mireya Acierto/FilmMagic)

In late December 2022, readers asked us via email if film and TV star Tom Selleck was dead. This was not true. We found no news reports that described the 77-year-old actor as being in poor health, hospitalized, dying, or already being dead.

"Tom Selleck is not dead. It was a hoax," one Facebook user posted in December.

"The good news is that Tom Selleck is not dead," a second person said.

One user remarked that the people who push death hoaxes should be jailed. "Thank goodness it was a lie," they said.

In yet another example, a user posted, "It's a hoax, folks - Tom Selleck is NOT dead!"

We found multiple additional posts that mentioned the death hoax.

From what we could tell, the people who pushed this Selleck death hoax used a "sad news" hook to get the attention of users. But there was no sad news. It was a lie.

One post read, "Sad news about beloved actor Tom Selleck. We keep you in our prayers. What happens to him now - check the comments." 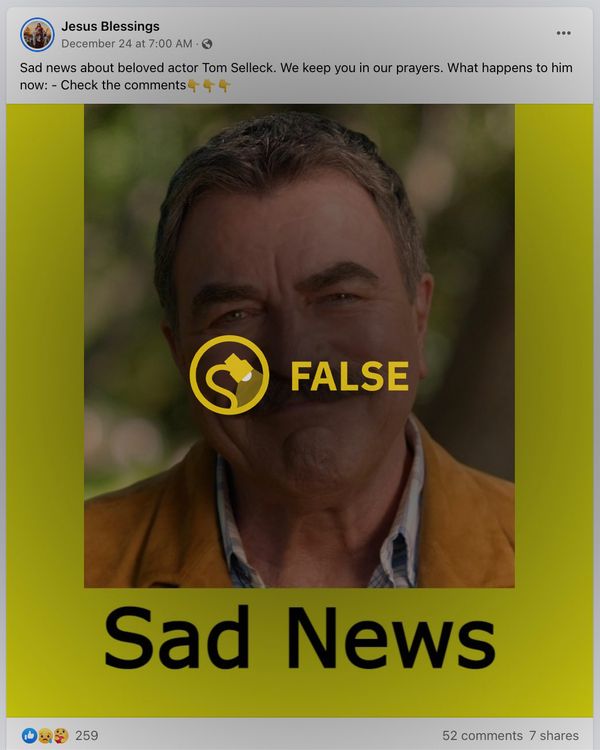 The post said to "check the comments." In the comments of the "sad news" post, we found a link that went to an article on recipmo.com. That article said nothing of Selleck dying or experiencing sad news. It did, however, show Google-hosted ads about the TV show "Blue Bloods," a long-running program in which Selleck starred.

The ads, which we had reported about in previous years, read, "Tom Step Back from 'Blue Bloods'" and "Tom Split from 'Blue Bloods.'" There's no truth to these rumors about the TV show. Also, the improper grammar may have meant that the ads were created by foreign scammers.

Upon clicking the "Blue Bloods" ads, we were led to a false and scammy claim similar to one that we covered in the past that said Selleck had endorsed CBD products.

Scammers copied the design of People.com and replicated it on the new websites. This was an effort to fool people into believing they're reading People.com. In reality, the article was hosted by swopfind.com, electricalpanelparts.com, and perhaps others.

As we had seen in the past, any later attempts to refresh the articles showed a different page without the fake People.com article as a way of hiding the scam from prying eyes. This tactic was likely accomplished through the use of an inline frame (iframe). 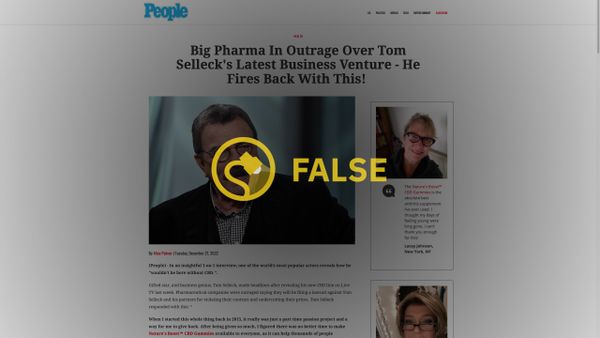 The article claimed that Selleck endorsed a product named Nature's Boost CBD Gummies. However, he has never endorsed any such products. For years, his image and likeness have been used without authorization to sell CBD oil and gummies.

To put it simply, Selleck has been a spokesperson before for other products, but he's never had anything to do with CBD gummies. Also, scammers might want to pay attention to the news, as fellow actor Clint Eastwood previously won millions of dollars in two lawsuits against online marketers associated with the CBD industry, which had used his image and likeness without permission.

In addition to the Facebook post that led to the misleading CBD gummies article, we also located multiple YouTube videos from 2022 that also pushed the Selleck death hoax. 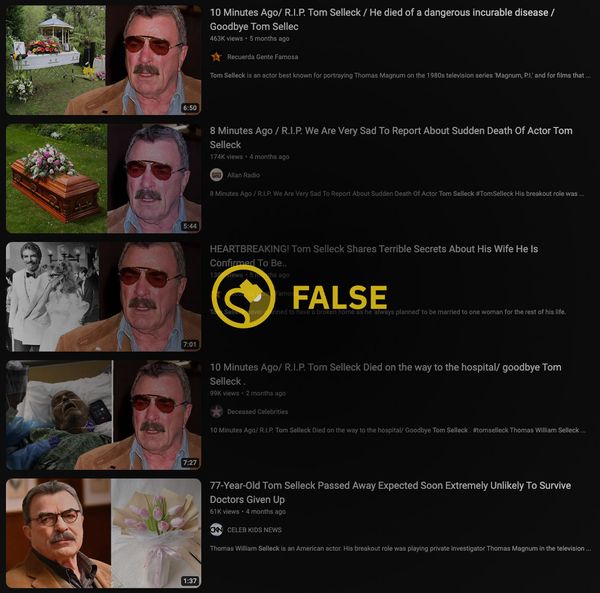 The videos showed titles that claimed he died "10 minutes ago" from "a dangerous incurable disease" or "died on the way to the hospital." Another one showed the title, "77-Year-Old Tom Selleck Passed Away Expected Soon Extremely Unlikely To Survive Doctors Given Up." None of this was true.