Was Tom Hanks Given a Wilson Volleyball in Coronavirus Quarantine?

Tom Hanks and Rita Wilson truly did announce they had tested positive for the new coronavirus in March 2020. 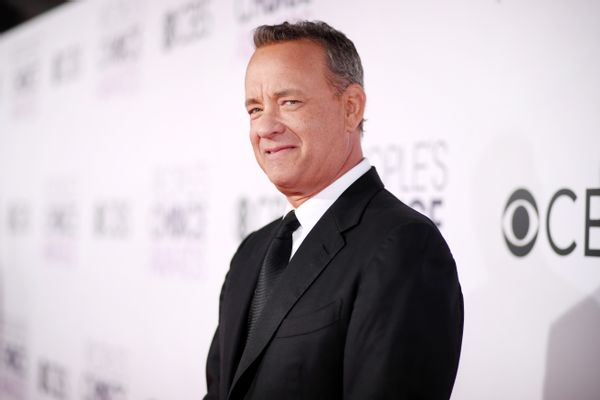 Claim:
Staff at Gold Coast Hospital in Australia rolled in a Wilson volleyball to keep Tom Hanks company in quarantine after he was diagnosed with the coronavirus.
Rating:

On March 11, 2020, actors Tom Hanks and Rita Wilson announced that they had been diagnosed with COVID-19, the disease caused by the coronavirus spreading around the globe, while they were abroad.

Shortly after the news broke, the satirical outlet The Betoota Advocate published an "update" on Hanks' condition, writing that the Gold Coast Hospital in Queensland, Australia, had rolled in a Wilson volleyball to keep Hanks company while he was quarantined:

The news breaks after it was confirmed Tom Hanks and his wife Rita Wilsons have been taken into a Gold Coast Hospital after being diagnosed with COVID-19... This is not a genuine news article. The Betoota Advocate is an Australian satire website.

We could not find a disclaimer in which The Betoota Advocate identifies itself explicitly as a satire website, but it does have some tongue-in-cheek references on its "About" page (the site claims to have been established in the 1800s and writes that its articles are as authentic as "the salt on the sunburnt earth that surrounds us here in the Queensland Channel Country"). And the website has published other obviously humorous articles, such as "Local Man's Financial Advisor Suggests Investing in a Diverse Lottery Ticket Portfolio Moving Forward."

The New York Times and BBC News also identified this website as a satire publication in 2017 and 2016, respectively, after humorous articles from this website were reported as genuine by other news outlets.

The biggest giveaway, however, is probably the photograph of Hanks and "Wilson," the name of his inanimate "costar" from the 2000 film "Cast Away." This picture was not taken in March 2020 when the actor was quarantined with the coronavirus. Rather, this is a composite image that uses a still from a 2015 video showing Hanks reuniting with "Wilson" at a New York Rangers hockey game.