Is This Tom Cruise in a Ferrari at San Diego Comic-Con?

The "Top Gun" actor did make an appearance at the 2019 San Diego Comic-Con, but so did an impersonator. 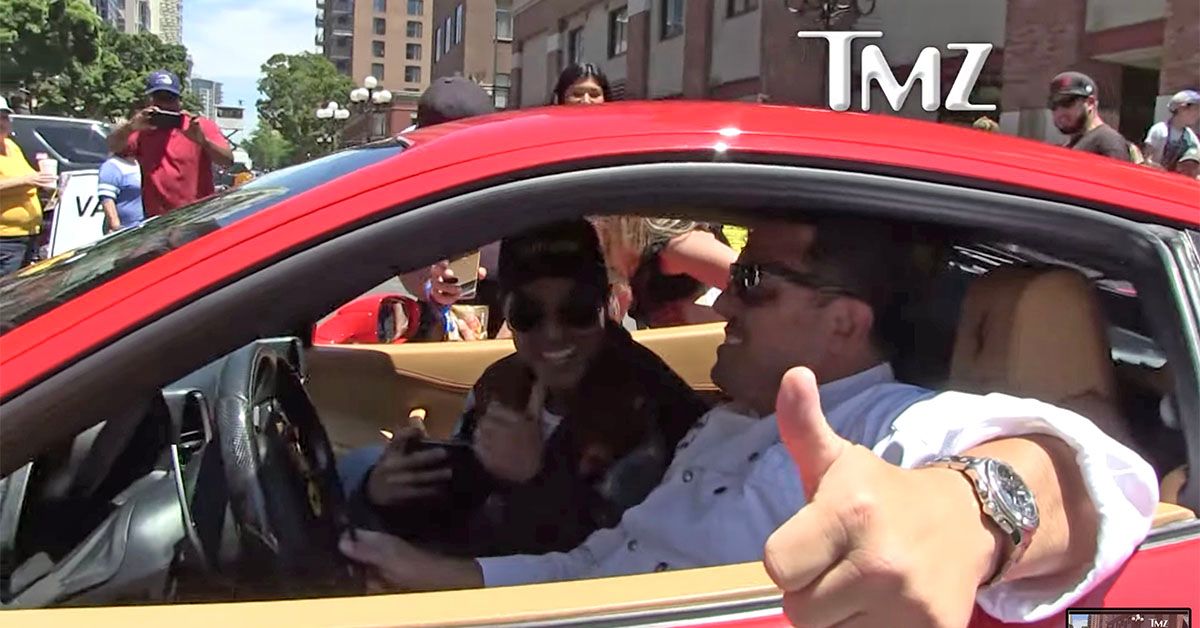 Fans of actor Tom Cruise were in for a bit of a bait-and-switch at Comic-Con in San Diego, California, when an impersonator bearing a striking resemblance to the "Top Gun" star made an appearance on July 21, 2019.

It's easy to see why people were confused. The real Tom Cruise did make an appearance at the convention to promote "Top Gun: Maverick," the forthcoming sequel to the original 1986 movie.

But many were fooled by Jerome LeBlanc, a Canadian-born actor who not only looks like Cruise but also has taught himself how to mimic the way Cruise talks and laughs. His impersonation is apparently so spot on that the Montreal native has made a living on it.

LeBlanc posted videos on his Instagram and YouTube pages showing himself in a bright-red sports car, greeting fans who apparently thought he was the Maverick himself.

LeBlanc confirmed to Mark Saunders, a journalist for local San Diego ABC affiliate 10News, that it was he and Donut Bar founder and chef Santiago Campa who were driving around in the Ferrari, delighting many who likely labored under the impression they had just met the real Tom Cruise.

LeBlanc also posted footage he took that day on his YouTube channel, which can be viewed here:


In an email to Snopes, LeBlanc confirmed he was the one in the car and socializing with fans, not Cruise, adding "I’m having a good time doing what I’m doing!"