A conservative Christian radio host made hay with throwaway remarks made by the six-time Super Bowl champion in February 2019. 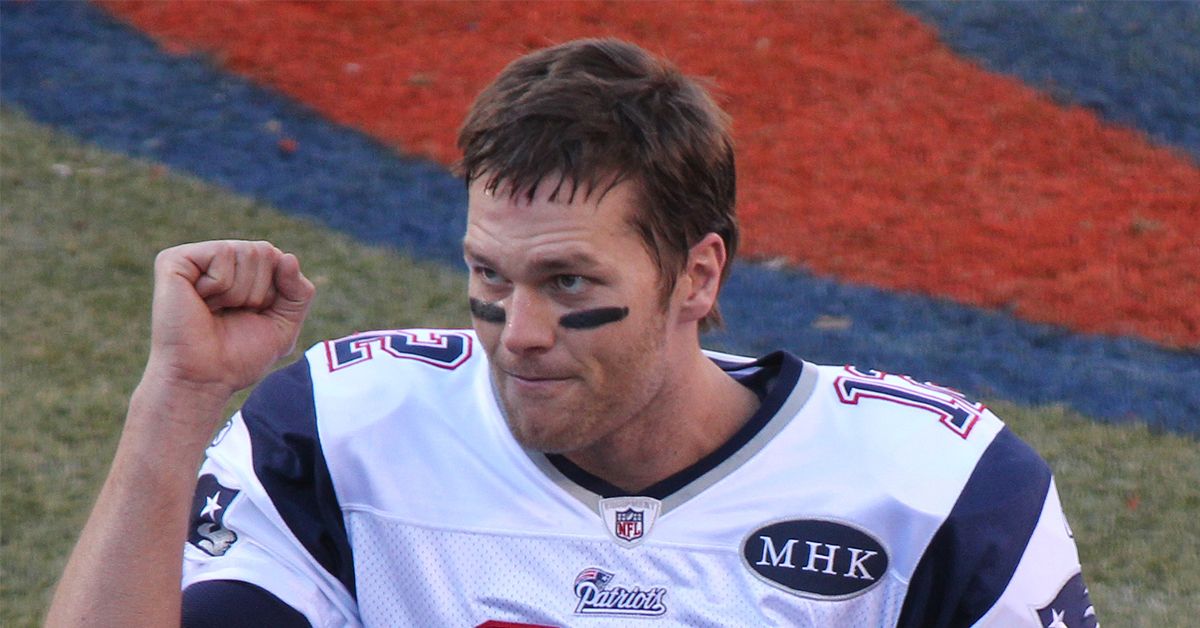 Claim:
Tom Brady attributed his success as an NFL quarterback to the "witchcraft" of his wife, Gisele Bündchen.
Rating:

At an event in February 2019, Brady described — in a lighthearted, tongue-in-cheek tone — the superstitious, new-age rituals his wife, Gisele Bündchen, has designed for him, and recalled a conversation in which Bündchen described herself as a "good witch."

Brady was clearly speaking tongue in cheek, smiling as he shared to a laughing audience the dynamics of his marriage to Bündchen. He did not himself describe her as a witch, and he never attributed his success as an NFL quarterback to her "witchcraft."

Conservative Christian radio host Rick Wiles, founder of the TruNews channel, raised eyebrows in February 2019 when he claimed that New England Patriots quarterback Tom Brady had "admitted" he was under the control of his wife, the supermodel Gisele Bündchen, who Wiles said was a witch who was "taking him to hell."

Wiles' solemn pronouncements came in response to a video recorded in Boston on 7 February. The video showed Brady, fresh from his sixth Super Bowl victory against the Los Angeles Rams, bantering about the dynamics of his marriage to Bündchen at an event hosted by the razor blade company Gillette, during which he had his beard shaved to raise money for charity.

Brady discussed the regimen of new-age, superstitious rituals which Bündchen sets out for her husband, including "healing stones," mantras and an altar to the couple's children, and shared with the audience Bündchen's self-description as a "good witch."

On that basis, Wiles and his guests, the broadcasters Kerry Kinsey and Doc Burkhart, criticized the legendary quarterback's purported lack of a "spiritual backbone," and warned that the celebrity couple were bound for damnation if they did not repent for purportedly engaging in witchcraft, and should allow themselves to be "saved."

It's true that Brady did recall a conversation in which Bündchen referred to herself as a "good witch," but his tone throughout the anecdote was clearly tongue-in-cheek and in keeping with the lighthearted, storytelling atmosphere of a charity public event.

Rather than earnestly "admitting" his wife's status as a witch, and his own complicity in her pagan rituals, Brady was speaking, as many married people often do, in an affectionate and self-deprecating way about his wife's influence over how he prepares for football games and the keen, if superstitious, interest she takes in his career.

During the course of the charity event, Brady was asked: "Any superstitions going into the game? Any special thing that you carried into the game on Sunday [Super Bowl 53] that you had tucked away somewhere." Brady grinned and laughed throughout his response:

Uh, I did. I always -- you know I've learned a lot from my wife over the years. She's so about the power of intention, you know, and believing things that are really going to happen. And she always makes a little altar for me at the game, because she just wills it so much. So she put together a little altar for me that I could bring, with pictures of my kids, and I have these little special stones and healing stones and protection stones and she has me wear a necklace and take these drops she makes [audience laughter]. And I say all these mantras [audience laughter.]

And I stopped questioning her a long time ago [audience laughter]. I did. I just shut up and listen. And at first I was like "This is kind of crazy," and then about four years ago, we were playing the [Seattle] Seahawks and she said "You better listen to me -- this is your year, but this is all the things you're going to have to do to win," and I did all those things and by God, you know, it worked, it was pretty good. [The Patriots defeated the Seahawks 28-24 in Super Bowl 49 in February 2015.]

And then in 2015, it was about early January and she said "You know how much I love you," and I said "Yeah," and she said "I just want to let you know this is not going to be your year," [audience laughter] and of course we lost. [The Patriots lost to the Denver Broncos in the AFC Championship game in the 2015-16 season.] I said "What does '16 look like?" and she said "'16 is going to be your year" [audience laughter]. [The Patriots won an overtime victory against the Atlanta Falcons in Super Bowl 51 at the end of the 2016/17 season].

So it was early January this year and I said "Babe, I'm asking, do we have a chance?" and she said "Yeah, but you're going to have to do a lot of work and you're really going to have to listen to me" [audience laughter]. So man, I listened to her. And right after the game [Super Bowl 53 in February 2019] she said "See? I did a lot of work. You do your work, I do mine." She said "You're lucky you married a witch, I'm just a good witch" [audience laughter].

The next day, Wiles hosted a panel discussion about the video on his TruNews show, where he was joined by Kerry Kinsey and Doc Burkhart. The following is an excerpted transcript of their exchange, which can be watched below:

Wiles: Six-time Super Bowl winner Tom Brady made some surprising remarks about his wife Gisele Bündchen, a Brazilian model. The New England Patriot quarterback revealed why he has won so many Super Bowl games. He made the stunning admission at the Gillette world shaving headquarters in Boston -- yes Gillette, the company that doesn't like male masculinity.

After playing the video clip of Brady's anecdote, the panel delved deeper:

Wiles: ... Today's the first time I was aware Tom Brady was married to a witch.

Kinsey: ... This is sad, I had no idea he believed in -- his wife, that he thinks she has such prophetic powers...

Kinsey: ... He believes she's a soothsayer, he trusts her, right?

Burkhart: And for those that watched this particular clip that we just aired, and just kind of laugh it off and everything -- and you hear them laughing --

Wiles: -- they all thought that was funny.

Burkhart: Well the Bible takes witchcraft really really seriously. In Revelations 21.8 it says "But cowards, unbelievers, the corrupt, murderers, the immoral, those who practice witchcraft, idol worshippers, and all liars -- their fate is in the fiery lake of burning sulphur. This is the second death." The Bible is very very clear, it equates it with murder, Rick.

Wiles: ...Here's this guy that's put up on a pedestal as the ultimate masculine man in America right now...but his witch-ey wife controls him...He doesn't have the spiritual backbone to take charge of his home, and so his wife is taking him to hell.

Brady did recount a conversation with Bündchen in which she described herself as "a good witch," and he did outline a regimen of rituals ("healing stones," mantras and an "altar" to his children) that would not be in keeping with mainstream Christianity.

For what it's worth, Brady's personal religious beliefs are ambiguous and eclectic. In 2015, USA Today reported that he had a statue of the Hindu god Ganesh in his Patriots locker, and the same year Brady told the New York Times "I don't know what I believe" and "I think we're into everything."

However, his remarks in February 2019 hardly amounted to a "stunning admission" (as Wiles described them) that he and his wife are sincere practitioners of witchcraft. Indeed, Brady did not himself describe Bündchen as a witch. Rather, he recalled, in a lighthearted tone, a moment when Bündchen described herself in those terms.

Contrary to the deathly serious warnings pronounced by Wiles and his TruNews panel guests, Brady was sharing what he presented as pre-game superstitions, designed by his wife and dutifully carried out by the superstar quarterback. He recalled, smiling throughout and speaking before a laughing audience, Bündchen's accurate predictions about the outcome of a series of Patriots seasons during the 2010s. He did not, contrary to Wiles' claims, attribute his success to his wife's "witchcraft."