Does Tom Brady Hold Record for Getting Paid To Say 'I'm Going to Disney World'? 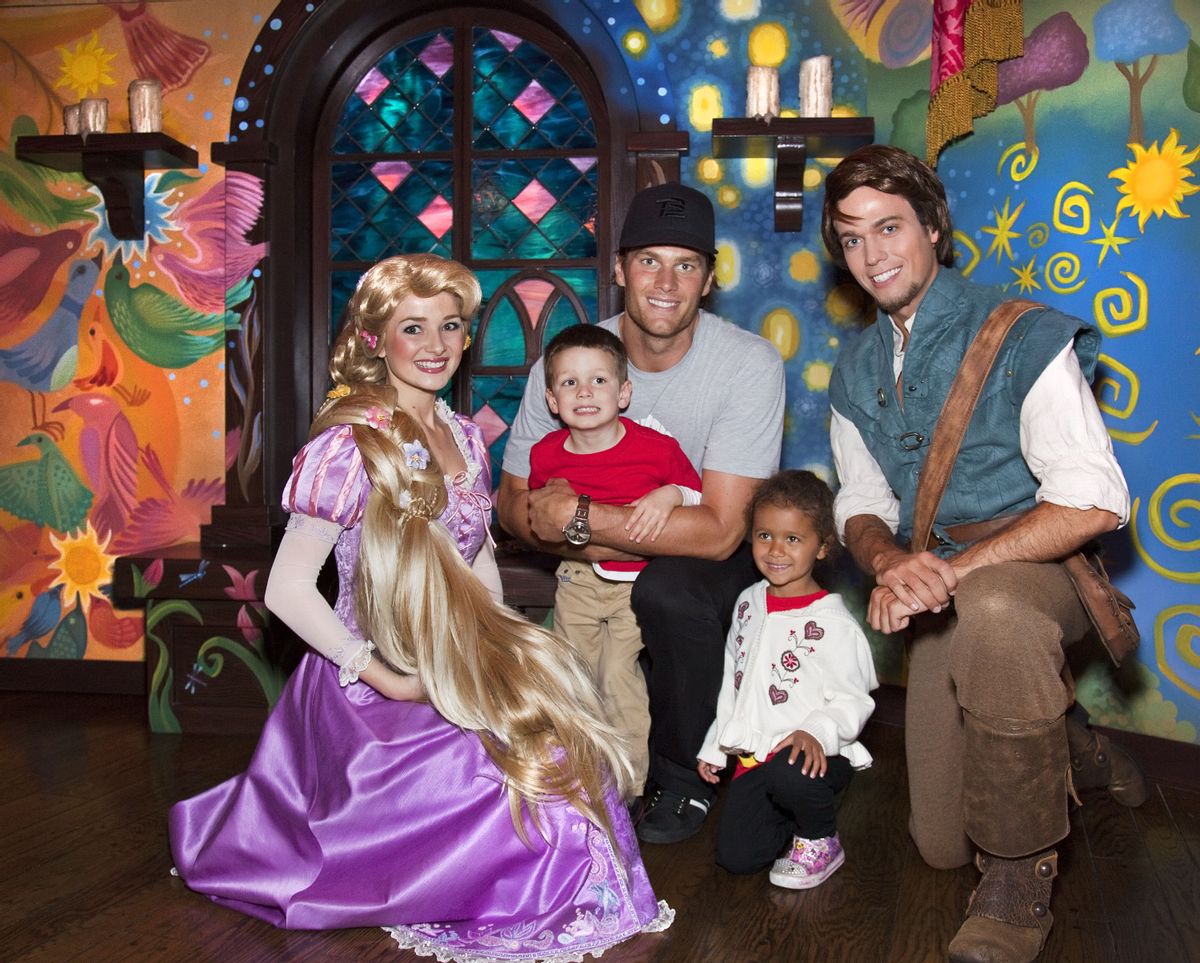 Following the Tampa Bay Buccaneers' Super Bowl LV win on Feb. 7, 2021, Snopes became aware of the below-displayed tweet alleging that the Walt Disney Company has paid Bucs quarterback Tom Brady to say a version of "I'm going to Disney World" or "I'm going to Disneyland" more times than any other professional athlete. The tweet included a four-second clip of Brady and Bucs tight end Rob Gronkowski immediately after their 31-9 victory over the Kansas City Chiefs, yelling to a camera: "We're going to Disney World!"

Later, Disney incorporated that footage from the sidelines into a longer advertisement for its theme parks, displayed via Disney Parks' YouTube channel and blog. Unlike those in previous years, the 2021 commercial not only highlighted the winning team's achievement but also recognized health care workers on the frontlines of the COVID-19 pandemic.

The claim was two-pronged: Disney first began paying star NFL players of winning Super Bowl teams to say the phrase on camera in 1987, and no player since that year had completed the gig more times than Brady.

The former claim was true.

Michael Eisner, the former CEO of Disney, told Business Insider he and his wife came up with the slogan during a dinner to celebrate the grand opening of Disneyland's "Star Tours" attraction in January 1987. The next day, just weeks before Super Bowl XXI between the New York Giants and Denver Broncos, Eisner and other company leaders pitched the advertising idea to the NFL.

The league almost immediately bought in, allowing Disney to have a camera crew on the sidelines of the Jan. 25 championship at California's Rose Bowl Stadium and select star players to participate in the advertising gig, Business Insider reported.

"I think the NFL saw our vision," Tom Elrod, Disney's head of marketing, later recalled in Sports Illustrated. "We also had a good relationship with them from producing the halftime shows."

Disney approached quarterbacks John Elway (Broncos) and Phil Simms (Giants), the latter of whom was reportedly hesitant about accepting the pre-game offer. According to the Feb. 18, 1987, issue of the Spokane Chronicle, a daily newspaper serving eastern Washington:

"When told Elway agreed, Simms did, too. So after completing 22 of 25 passes in helping the Giants beat Denver, 39-20, Simms was tapped on the shoulder, and a voice asked, 'Where are you going now,' and Simms replied, 'I'm going to Disneyland.'"

Disney paid Simms $75,000 for the plug, and Elway made between $15,000 and $75,000 for agreeing to Disney's deal even though he was not featured in the post-game commercial, according to Sports Illustrated.

The advertising campaign has punctuated nearly every Super Bowl since then. Additionally, Disney partnered with leaders of the MLB, NBA, Olympics, and other high-profile entertainment events to cut the same deal with star performers after championships, though Eisner told Sports Illustrated the slogan mainly took off within the football fan-verse. "[The] Super Bowl was always at its core," he said.

Now, we'll address the latter aspect of the claim: that Disney has paid Brady four times for saying a version of "I'm going to Disney World" on the sidelines of Super Bowls — the most of any other professional athlete.

A quarterback for the New England Patriots for 20 years, Brady played in nine Super Bowls between 2002 and 2019, according to news archives. In spring 2020, he transferred to Tampa Bay and made his tenth championship appearance. Below is a point breakdown of Brady's Super Bowl games, via statistics compiled by ESPN:

In other words, Brady won seven NFL championships, as of this writing. Of those, Disney asked him to advertise its theme parks during his post-game celebrations four times (XXXVI 2002, XXXVIII 2004, LIII 2019, LV 2021), and he accepted those deals, according to Disney Sports News and other news reports.

Disney Sports News published an online list of all professional athletes and performers who the company said accepted the ad deal between 1987 and 2017.

We cross-referenced it with alleged participants according to SB Nation, as well as considered the fact that the 2018 commercial featured former Eagle's quarterback Nick Foles, to determine the following:

In sum, considering the fact that Disney in 1987 first started paying professional athletes or performers to say a version of "I'm going to Disney World" or "I'm going to Disneyland" after high-profile competitions, as well as undisputed evidence that all other participants in the advertising campaign besides Brady only filmed the ad once or twice, we rate this claim "True."