Did Tokyo Set Off Fireworks Meant for 2020 Olympics?

The 2020 Olympics were delayed due to the COVID-19 coronavirus pandemic. 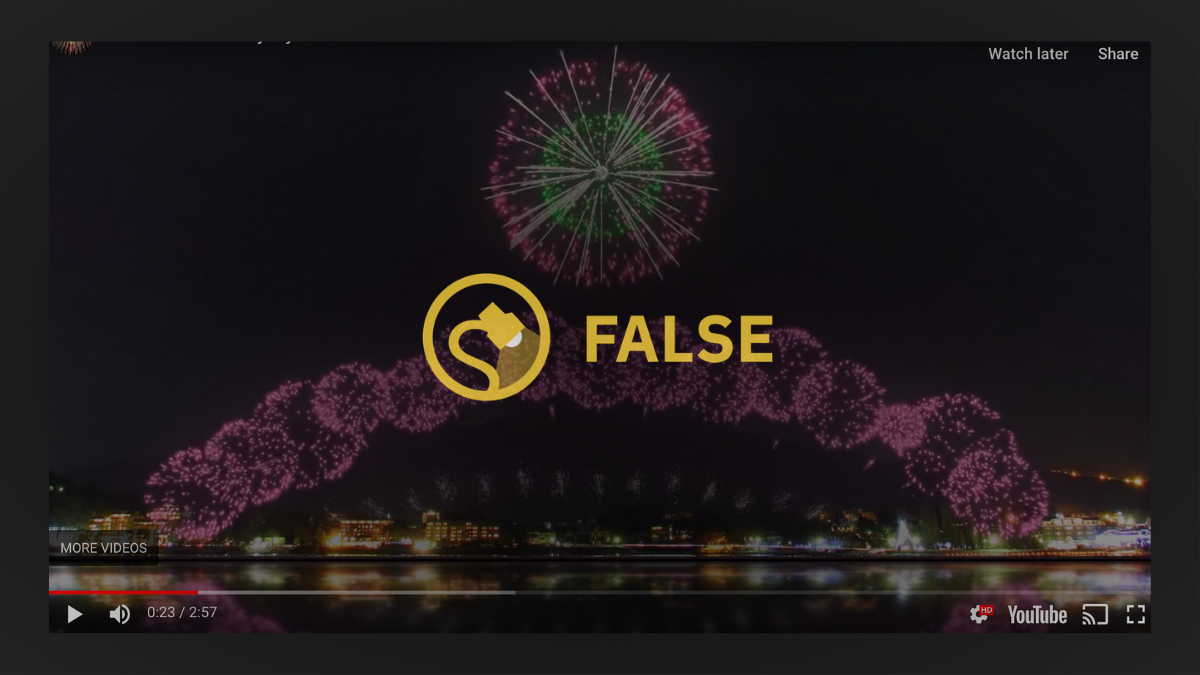 Claim:
A video shows a large fireworks display that was originally planned for the 2020 Olympics in Tokyo.
Rating:

In August 2020, a video supposedly showing a grand firework display started circulating on social media. With it was the claim that city officials in Tokyo, where the 2020 Olympics were scheduled to be held before being delayed due to the COVID-19 pandemic, had decided to set off the decorative explosives because they could no longer store them:

The video was created circa 2015 with a computer program called FWsim. This program allows users to generate custom (and digital) fireworks displays. A description from the FWsim website reads:

FWsim Pro is a fireworks show design and simulation software, designed for fireworks companies and semiprofessional pyrotechnicians. Planning your shows is easy — and when you're finished, it takes just a few minutes to export a video, print firing plans and transfer the data to your firing system.

The footage in the "Tokyo Olympic Fireworks" video has been online since at least 2015 when it was posted to YouTube under the title "FWsim Mount Fuji Synchronized Fireworks Show2." The original video has been viewed more than 3 million times:

This isn't the first time a simulated fireworks show made with FWsin has fooled unsuspecting internet users. In 2015, we covered a similar video that supposedly showed fireworks from China's New Year celebrations.