Did US Rep. Tlaib Announce Pledge of Allegiance Was Banned in Michigan? 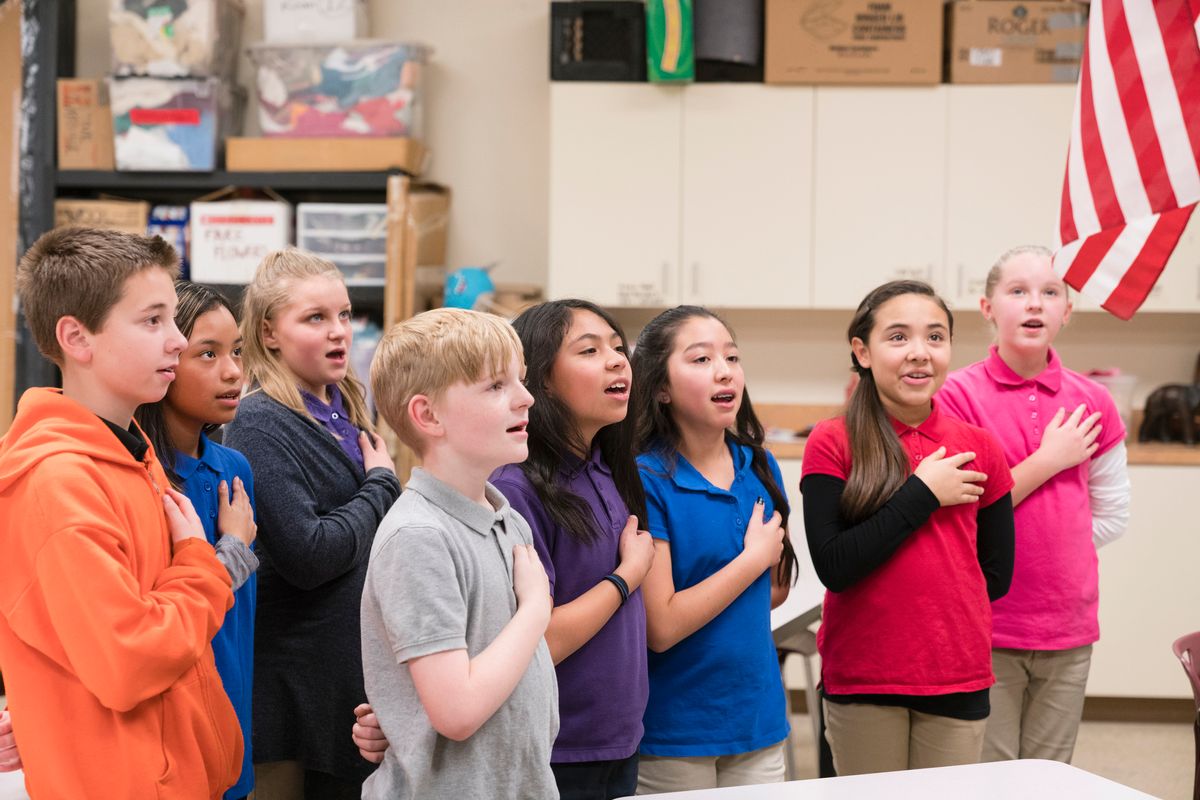 Claim:
In mid-2019, U.S. Rep. Rashida Tlaib announced the introduction of a new law that banned the recital of the Pledge of Allegiance in Michigan.
Rating:

On July 9, 2019, Taters Gonna Tate published an article positing that U.S. Rep. Rashida Tlaib, D-Mich., had announced a new law banning the recital of the Pledge of Allegiance in the state of Michigan.

"Rashida Tlaib: 'Pledge of Allegiance Will Be Illegal in Michigan'"

In another ridiculous show of supposed protest against President Trump and the winning he brings, the state of Michigan has enacted another law designed to create a divide between itself and the United States of America.

“Effective immediately, the utterance of the Pledge of Allegiance will be illegal in the state of Michigan. Its words are an affront to our people and the dissent they hold shall not be tolerated. Michigan, by virtue of its diversity of population make-up, is unique in these United States and does not fit in with the rest of this godless country. We are better than them. Why would we vow to support a country that is beneath us?”

"Tatersgonnatate.com is a subsidiary of the “America’s Last Line of Defense” [ALLOD] network of parody, satire, and tomfoolery ... Everything on this website is fiction. It is not a lie and it is not fake news because it is not real. If you believe that it is real, you should have your head examined. Any similarities between this site’s pure fantasy and actual people, places, and events are purely coincidental and all images should be considered altered and satirical."

In early 2020, Snopes received multiple inquiries about the six month-old article after ALLOD re-shared it on Facebook on Jan. 3. Although the article featured a "satire" label, some readers understood its contents to be accurate and authentic, as shown in several earnest condemnations of Tlaib published under the January 2020 Facebook post: TatersGonnaTate.com.  "Rashida Tlaib: 'Pledge of Allegiance Will Be Illegal in Michigan.'"   9 July 2019.