Is the Door from 'Titanic' on Display at Disney Springs?

TV host: "Okay, biggest movie controversy of all time: Could Jack have fit on that door at the end of 'Titanic'?" 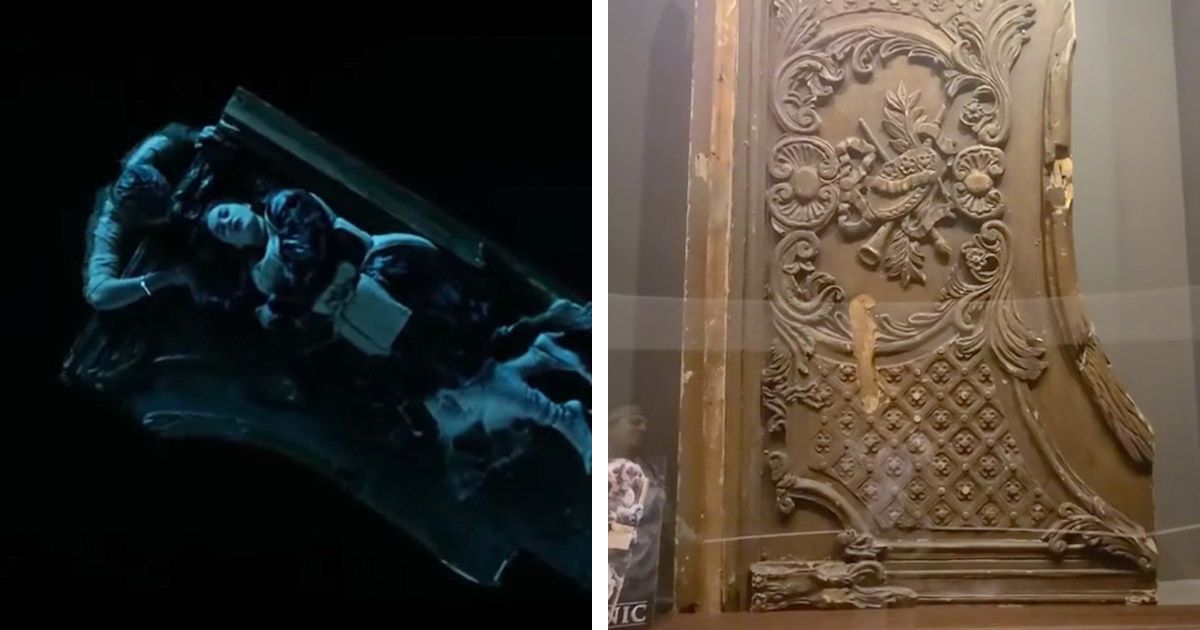 Claim:
The door that saved Rose from dying in the 1997 film "Titanic" is on display at Disney Springs.
Rating:

It's true that the door that saved Rose from dying in the 1997 film "Titanic" is on display at Disney Springs.

A TikTok video of the "Titanic" display was posted by user @jtallan on March 14, 2022. It was viewed more than 4 million times in just one week. It also received well over 250,000 likes and thousands of shares.

According to the video and a Yelp review from 2018, the "Titanic" door is located next to a staircase inside the Planet Hollywood at Disney Springs.

A picture of the "Titanic" door display had also previously been posted to Reddit.

The door was used in one of the climactic scenes in "Titanic." Rose, who was portrayed by actor Kate Winslet, rests on top of the wooden panel as she floats in the ocean. Meanwhile, her love interest, Jack, played by Leonardo DiCaprio, dies in the freezing water while holding on to her hands at the edge of the panel.

"Titanic" won best picture at the Oscars in 1998. It also received a number of other Academy Awards that year. Much of the movie was based on the real story of the doomed voyage that struck an iceberg in 1912.

Could Jack Have Fit on the Door?

In 2019, DiCaprio was interviewed by MTV News around the release of the film, "Once Upon a Time ... In Hollywood." Actors Brad Pitt and Margot Robbie were also part of the interview.

MTV News' Josh Horowitz asked DiCaprio: "Okay, biggest movie controversy of all time: Could Jack have fit on that door at the end of 'Titanic'?" DiCaprio answered: "I have no comment."

Robbie said she remembered crying when she first watched Jack's character die in the film. Pitt leaned over to DiCaprio and asked him about the scene: "Could you ... could you have squeezed there? You could've, couldn't you?" DiCaprio laughed and answered again: "No comment."

Was the 'Titanic' Crew 'Drugged'?

We previously published another fact check involving the movie "Titanic." This one purportedly involved a bit of a nightmare situation on the film set.

The rumor claimed: "On the last night of filming 'Titanic,' someone laced the cast and crew's food with PCP. Eighty cast and crew members, including James Cameron and Bill Paxton, started hallucinating and had to be hospitalized." It appeared on the Historical Pictures Facebook page. Read on for our findings.

In sum, yes, the door from the climactic scene in the movie "Titanic" is on display at Disney Springs. See more fact checks about the film and the real-life doomed voyage on our Titanic page.