Rep. Hank Johnson said he feared that stationing 8,000 Marines on Guam would cause the island to 'become so overly populated that it will tip over and capsize.' 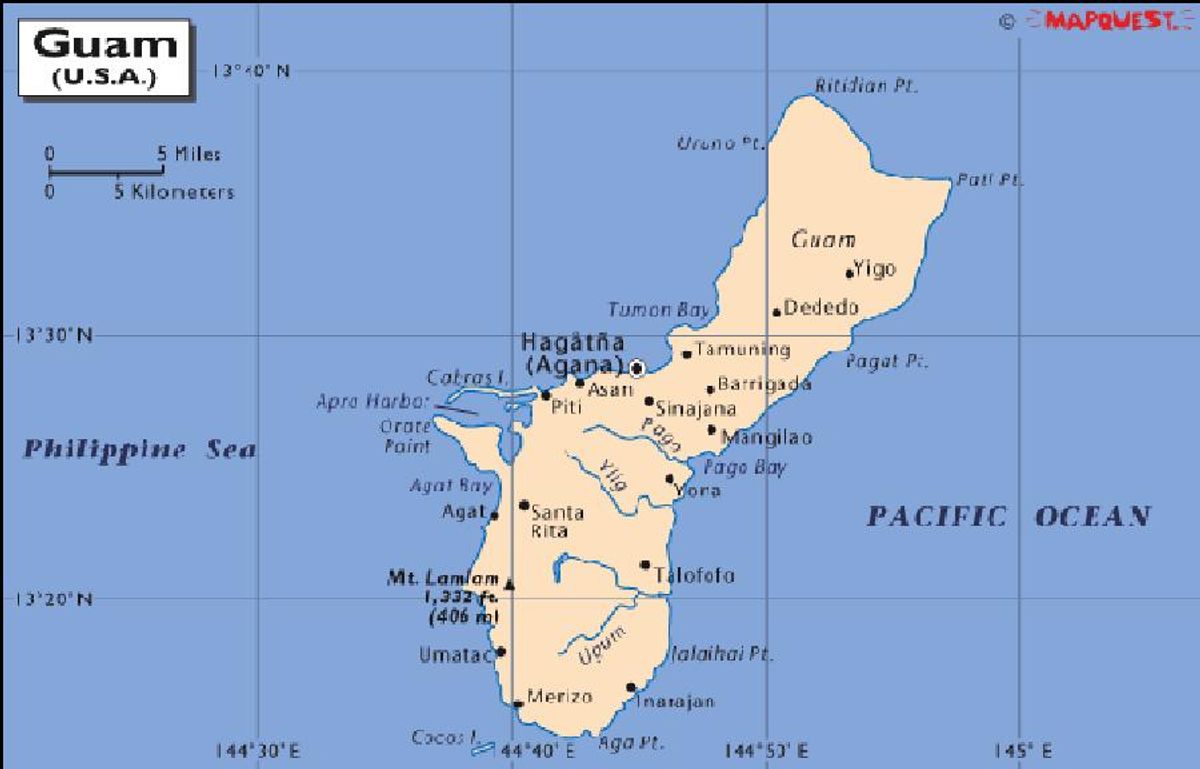 Claim:
During a House committee meeting, Rep. Hank Johnson said he feared that stationing 8,000 Marines on Guam would cause the island to "become so overly populated that it will tip over and capsize."
Rating:

The first day of April, commonly known as April Fool's Day, is an occasion for much pranking in the real and online worlds, and among the common japes that take place in the latter realm are news sites' presenting their readers with absurd and ridiculous stories offered as straightforward reporting. That mechanism occasionally works in reverse, however: in some years, news stories that sound far-fetched but are actually true break on April 1, leading many readers to dismiss them as mere April Fool's humor. That was the case in 2010, when a video clip of an odd exchange which had taken place during a House committee meeting a week earlier was circulated widely on April 1:

During a House Armed Services Committee meeting held on 25 March 2010, Representative Hank Johnson, a Democrat from Lithonia, Georgia, questioned Admiral Robert Willard, commander of the U.S. Pacific Command, about a proposal to move 8,000 Marines from the Japanese island of Okinawa to the U.S. Pacific island territory of Guam. In the course of that questioning, Rep. Johnson expressed concern that adding thousands of Marines and their families to Guam might cause that small island to "tip over and capsize":

Johnson: This is a[n] island that at its widest level is what ... twelve miles from shore to shore? And at its smallest level ... uh, smallest location ... it's seven miles between one shore and the other? Is that correct?

Willard: I don't have the exact dimensions, but to your point, sir, I think Guam is a small island.

Willard: I don't have that figure with me, sir, I can certainly supply it to you if you like.

Johnson: Yeah, my fear is that the whole island will become so overly populated that it will tip over and capsize.

Willard: We don't anticipate that ... the Guam population I think currently about 175,000 and again with 8,000 Marines and their families it's an addition of about 25,000 more into the population.

Johnson: And also things like the environment, the sensitive areas of the environment, coral reefs and those kinds of things, and I know that lots of people don't like to think about that but ... you know, we don't think about global warming either, and now we do have to think about it, and so I'm concerned from an environmental standpoint whether or not Guam is the best place to do this relocation. but it's actually the only place, is that correct?

Willard: This is the best place, this is the farthest west U.S. territory that we own and this is part of our nation, and in readdressing the forward presence and posture importance to Pacific Command, Guam is vital to this decision.

This exchange was the subject of much ridicule and speculation: Was Rep. Johnson really expressing concern that the addition of 8,000 Marines and their families to Guam would literally cause the island to become "so overly populated that it will tip over and capsize," or was he engaging in a metaphor about concerns over the level of environmental degradation that might result from a sudden 14% increase in Guam's population?

The latter viewpoint is bolstered by the fact that immediately after his "tip over and capsize" statement, Johnson did explicitly say he was concerned about "the sensitive areas of the environment, coral reefs and those kinds of things." On the other hand, Johnson's prefacing that statement with the words "And also things like the environment ..." (and his curious fixation on Guam's exact dimensions) could be taken to mean that his previously expressed fear "that the whole island will become so overly populated that it will tip over and capsize" was a different subject and was therefore not a metaphor for environmental issues.

Or perhaps Johnson was clumsily trying to express the notion that adding another 25,000 people to Guam would create an unsustainably large population (and thus the island would reach its "tipping point").

Only Johnson knows for sure what he was thinking as he questioned Admiral Willard, and he later claimed he was "speaking metaphorically" and "kidding" (although critics noted no trace of humor was apparent in his words, tone, or body language, nor did he react or offer correction when Admiral Willard addressed his concerns about the island's "tipping over" as if they were meant literally):

4th District Congressman Hank Johnson is now backing away from an outlandish suggestion he made to a United States Navy admiral that the Pacific island of Guam could "tip over and capsize" if too many U.S. Marines are stationed there.

Johnson said "my fear is that the whole island will become so overly populated that it will tip over and capsize."

In an interview, the Decatur Democrat said he was kidding and simply speaking metaphorically to make a point during the committee hearing.

Johnson said, "I can say things that are quite humorous and not smile about it and it leads people to think about what I said."

"Often, I've been known to use humor as I deliver a message. That's just one of the gifts that I think that I have," Johnson deadpanned.

"I've been around long enough in this district for voters to know that if Hank said Guam is in danger of capsizing, they would know precisely that I have a sense of humor."

As of this writing, Hank Johnson Jr. is still the U.S. Representative for Georgia's 4th congressional district.