The Origins of Tipping

Does the word "tip" derive from the acronymic form of the phrase "To Insure Promptness" or "To Insure Performance"? 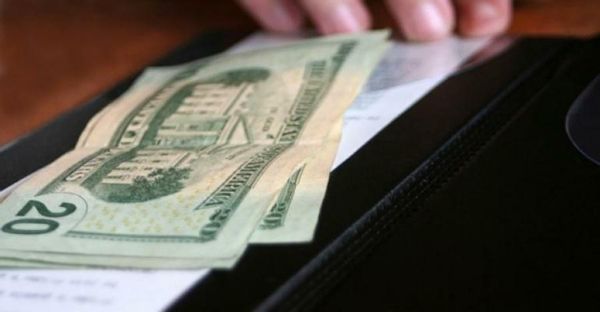 Once again our lust for interesting backstories to everyday words has led many to believe that tip (used in the sense of a gratuity) came into the English language as an acronym, a word formed by combining the initial letters of a name or series of words:

Excuse me, but isn't that the entire point of the whole tipping system? Isn't that exactly why tips To Insure Promptness evolved in the first place?

Well you know, TIP is an acronym for "To Insure Performance" and was originally administered before the meal. You give a good tip, and that ensured that your tea/water/beer was always full.

By the way, did you know where the word tip came from? It was common in English pubs several hundred years ago to have a box next to the door, with the initials, T.I.P.S., which stood for 'To Insure Prompt Service'.

Disappointingly, there were no TIPS-labeled boxes into which thirsty pub patrons of centuries past stuffed their offerings in efforts to keep the libations flowing — tip entered our lexicon in much more mundane fashion. We've yet to find an acronym that predates the 20th century, and tip (used in the sense of a gratuity) is much older than that.

Tip as an acronym appears to have three primary "explanations," none of them valid:

Each of the "explanations" is long on fanciful theory and short on practicality. Although handing over a gratuity prior to the act might inspire the one receiving the largesse to provide a higher level of service, there is nothing "insured" about the transaction. (One might claim that should more properly be "ensured," not "insured," but those two words have a long history of being used in the same sense in English.) A waiter generously pre-greased is just as capable of delivering poor service as one who is not tipped until the meal has been served and cleared and the bill presented. Indeed, tipping up front might well prove counterproductive in that the provision of the palm oil before the act removes a substantial portion of the incentive to perform admirably. The money's already being in the pocket, so to speak, lessens the server's interest in making sure that all goes well.

Some maintain that a tip is not furnished ahead of time, so the above explication does not disprove the acronymic claim. In that case one once again has to wonder where the 'insure' part of the false etymologies comes from, since the act being recognized with a gratuity has already been carried out. The service was either good or it wasn't; no gratuity, no matter how large, enables anyone to go back into time and 'insure' that whatever has already taken place will be satisfactory.

Tip is an old word, and it has nothing to do with either acronyms or the act of attempting to influence quality of service. Although the word has many meanings, both as a verb and as a noun, the use of the term as it applies to monetary rewards to servants dates to the 1700s. It first appeared in this context as a verb ("Then I, Sir, tips me the Verger with half a Crown" from the 1706 George Farquhar play The Beaux Stratagem) and was first recorded as a noun in 1755. However, the use of tip to describe the act of giving something to another (where that list of possible 'somethings' could include small sums of money, intelligence on horse races, or the latest silly joke) goes back to 1610. Tip slipped into the language as underworld slang, with the verb 'to tip' (meaning 'to give to or share with') being used by shady characters as part of the then-current argot of petty criminals.

Nowadays this use of tip has become entirely respectable, but it is amusing that the usage began its linguistic life as tough guy jargon. One wonders if future generations will similarly discover that some of their everyday terms sprang from scenes in The Godfather or were first voiced in episodes of The Sopranos.