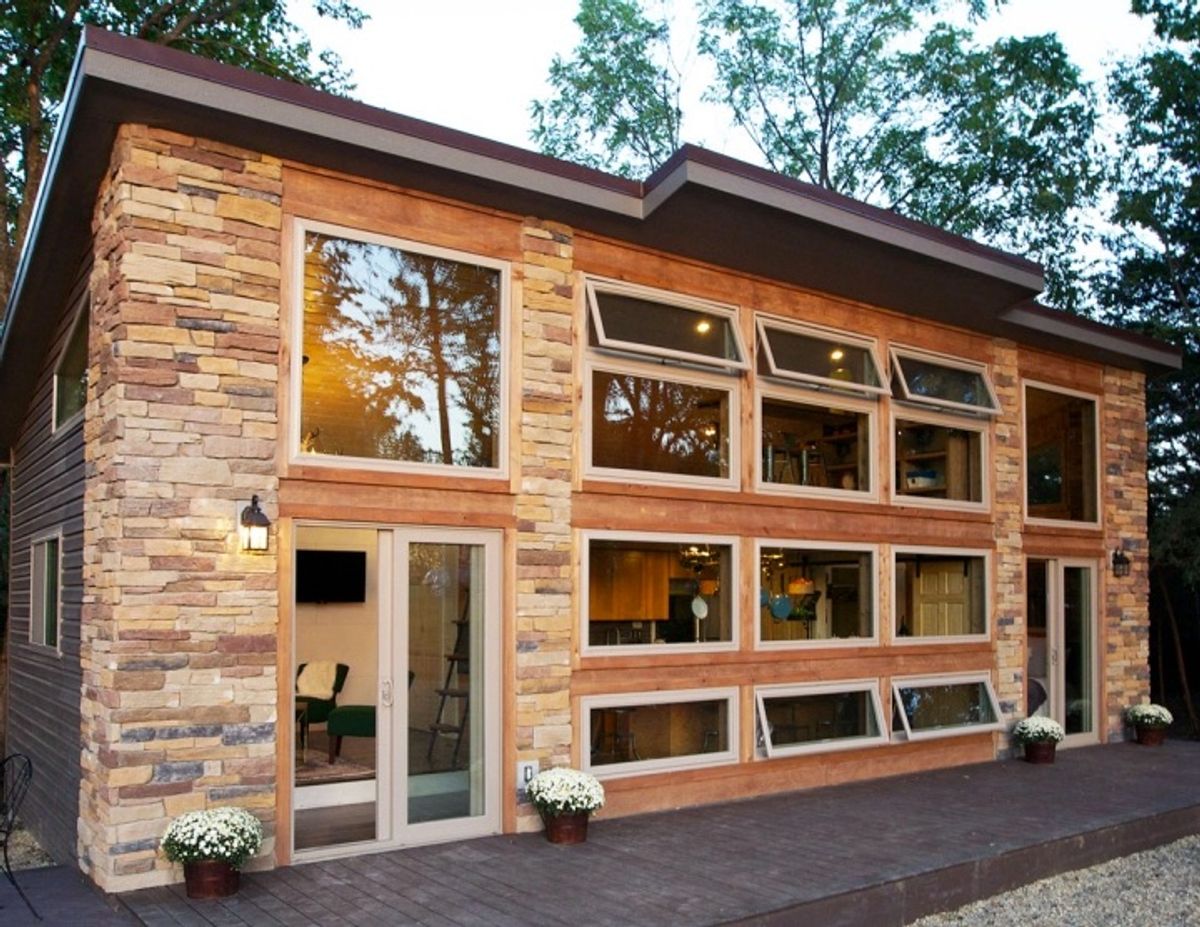 Claim:
You can win a free tiny house by liking and sharing a Facebook page and post.
Rating: As with all like-farming Facebook scams, the purported tiny house contests adhered to a simple format: users were instructed to like a separate page, like the original post, and share the post on their own Facebook timelines (thereby validating its legitimacy and enticing others to do the same). Although the tiny houses purportedly up for grabs appeared visually different in various posts, the instructions for "winning" them were virtually identical.

The first clue these tiny house giveaways were not legitimate were the images of the homes used in the Facebook posts. The red "tiny house" was a Getty stock photo commonly pinned to Pinterest (and unlikely to be a contest prize), and the second was likewise a stock photograph of a tiny house: Moreover, neither page was linked with any major home improvement company or other commercial entity (e.g., Home Depot, HGTV, or a real estate firm) one might imagine would offer up a free tiny house in exchange for social media advertising. Were any legitimate company to engage in such a giveaway, their incentive would be exposure, yet no attendant promotional return on advertising investment was evident in these Facebook giveaway claims.

The manner in which users were lured was similar to scams involving Costco, Kroger and Amazon gift cards, but the six-figure jackpot attached to some of the tiny house scams proved a far more difficult-to-resist enticement for some users, advancing the hoax more quickly than those which linked out to sketchy signup pages. The contests bore all the hallmarks of standard "like farming" gambits, intended to quickly build and sell popular Facebook pages to the highest bidder.

Even if the page creators intended only to build an audience, participation in the scam created an environment amenable to scammers of the same ilk seeking to exploit users' desires and needs to pump and dump a relatively new Facebook page. A large audience could also be exploited by scammers' mining varying levels of personal data from those who have liked pages of dubious origin. Facebook users enmired in like and share fake giveaways not only unwittingly help spammers litter the social network with scams, they may also risk being exposed to malware, clickjacking, or other unpleasantries (such as finding their names and identities endorsing a scam, hate page, or other undesirable activity).

Legitimate product giveaways, particularly of high-value merchandise, are exceptionally rare and are almost always conducted through the official channels of major brands and related large companies.

something for nothing
Read More