Is This a Real Time Magazine Cover: 'Time to Go'?

U.S. President Donald Trump has appeared on the cover of Time magazine dozens of times. 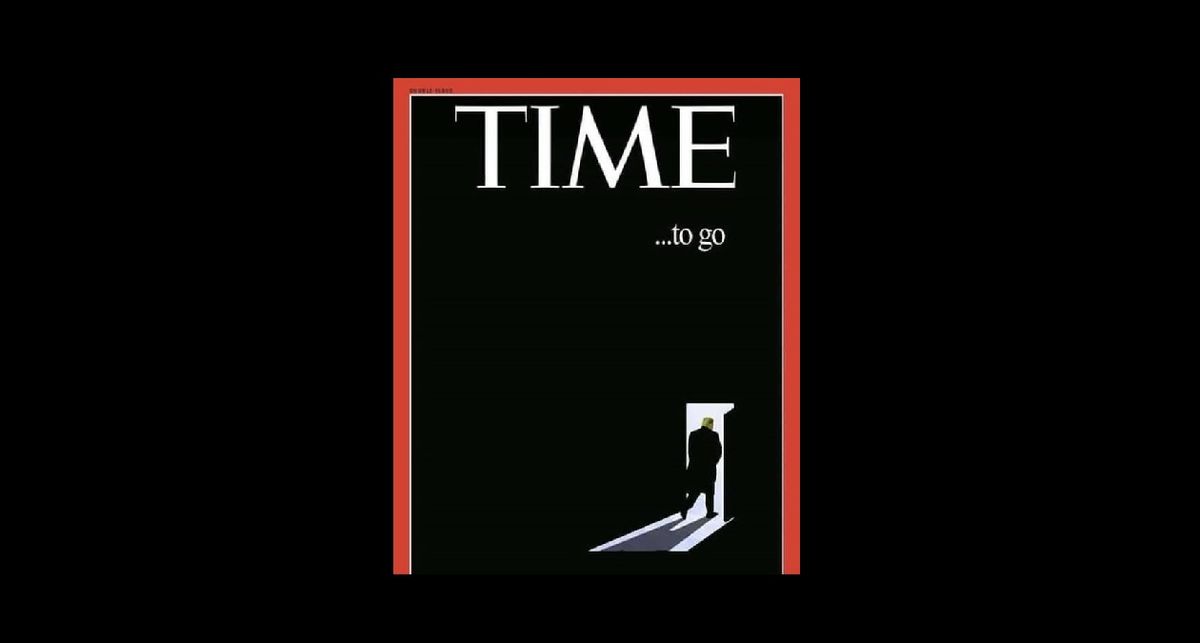 Claim:
An image shows a Time magazine cover playing on the magazine's name by appending "... to go" to the word "Time" and showing U.S. President Donald Trump exiting through a doorway.
Rating:

U.S. President Donald Trump has appeared on the cover of Time magazine dozens of times, both before and after election to the U.S. presidency. His likeness also been featured in numerous fabricated mock-ups of Time covers, both unflattering versions crafted by critics and flattering versions seemingly endorsed by Trump himself.

In May 2020, social media users circulated an image of yet another (purported) Time cover, this one playing on the magazine's name by appending "... to go" to the word "Time" and showing Trump from the rear, exiting through a doorway: This image fell into the category of fabricated mock-ups rather than genuine Time covers, however. It includes no issue date in the top right-hand corner, and it does not appear in Time's online vault that collects and displays all of the magazine's published covers.