Tim Kaine: 'The Catholic Church Will Change Its Same-Sex Marriage Stance or It Will Be Banned from the U.S.'

A report that Democratic VP candidate Tim Kaine threatened to ban the Catholic Church from the U.S. if they didn't change their stance on gay marriage was fake news. 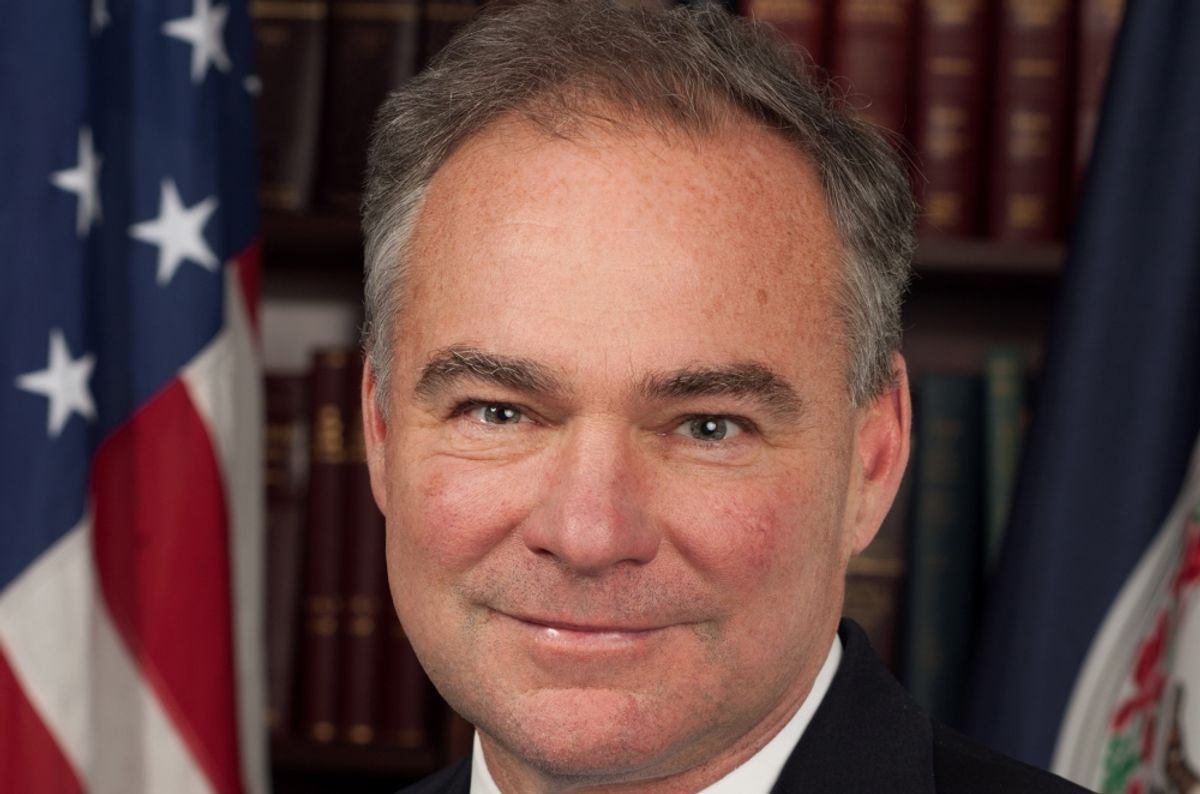 Claim:
Tim Kaine threatened to ban the Catholic Church from the United States if they didn't change their stance on gay marriage.
Rating:

On 12 September 2016 the Rightists web site published an article reporting that Democratic vice presidential nominee Tim Kaine had threatened to ban the Catholic Church from the United States if they did not change their stance on gay marriage:

Democratic U.S. vice-presidential nominee Tim Kaine announced Saturday that he believes the Catholic Church will change its position on same-sex marriage. The Virginia senator said that just like he had changed his opinion on the issue, the Catholic Church is also likely to follow suit. Speaking at the 20th Annual Human Rights Campaign’s National Dinner in Washington, the Roman Catholic senator reportedly said, “I think it’s going to change because my church also teaches me about a creator who, in the first chapter of Genesis, surveyed the entire world, including mankind, and said, ‘It is very good.’”

“So, what I’m saying here,” he argued, “is that, while I respect the Catholic Church as I’m sure millions of Americans do, you know, at some point it is going to start acting contrary to the Christian faith, and we’re talking about an institution that’s supposed to be the first one on the front line defending it. So, when that happens, and that’s what’s happening with condemning LGBT rights, we’ll state an ultimatum. The United States of America, more precisely, the future President of the United States of America, Hillary Clinton, will state an ultimatum. And that ultimatum will be to either change its stance on same-sex marriage or pack its bags and get out of America. And yes — the President of the country can do that.”

The Rightists is basically a fake news outlet that bills itself as a "hybrid" web site, publishing articles that are a combination of fact and fiction. Unlike some of its peers (such as Newslo), however, The Rightists a makes no effort to inform their readers about which parts of the story are real and which are fiction:

In this case, The Rightists' article veered away from presenting factual information shortly after mention of the "first chapter of Genesis."

On 10 September 2016, Senator Tim Kaine spoke at a dinner for the Human Rights Campaign and said he believed that the Catholic Church would eventually change their stance on gay marriage:

He told the Human Rights Campaign during its national dinner in Washington that he had changed his mind about gay marriage and that his church may follow suit one day.

"I think it's going to change because my church also teaches me about a creator who, in the first chapter of Genesis, surveyed the entire world, including mankind, and said, 'It is very good,'" Kaine said. He then recalled Pope Francis' remark that "who am I to judge?" in reference to gay priests.

"I want to add: Who am I to challenge God for the beautiful diversity of the human family? I think we're supposed to celebrate it, not challenge it," Kaine said.

Contrary to the story published by The Rightists, Tim Kaine did not say that the church would (or should) be banned from the United States if they didn't change their stance on gay marriage. In fact, the First Amendment would preclude such an action, even if a President should be rash enough to consider it.