Did US Rep. Tim Burchett Say Recent UFO Sightings Were Evidence of Technology 'Out of Our Galaxy'?

If authentic, the quote would be an example of a high-profile politician siding with alien enthusiasts who believe top U.S. intelligence officials aren't sharing everything they know. 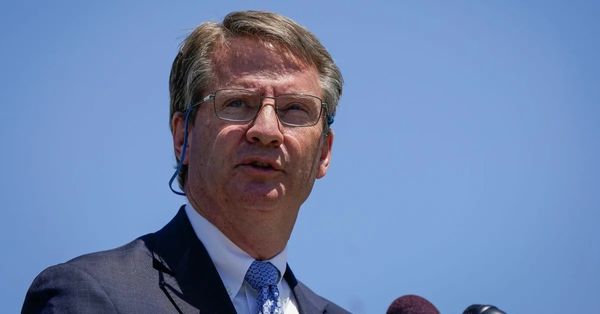 Claim:
In mid-June 2021, U.S. Rep. Tim Burchett said he believed a series of UFO sightings were not Russian technology but rather developments that originated "out of our galaxy."
Rating:

In mid-June 2021, social media posts claimed Tennessee Congressman Tim Burchett said he believed unidentified flying objects (UFOs) depicted in recent videos were not experimental technology of a rival nation — specifically, Russia — as some believe, but rather were technology that originated "out of our galaxy."

The attribution was correct.

In a June 15 story, TMZ posted a video supposedly showing one of its reporters approaching Burchett somewhere near the Capitol and initiating the below-transcribed interaction, which centered on President Joe Biden's first meeting with Russian President Vladimir Putin the following day:

TMZ: Congressman, I know right now with President Biden, he's going to speak to Putin. ... He's going to ask them about the UFO things and stuff like that.

Burchett: I think that's ridiculous. If the Russians had UFO technology, they would own us right now. They used to say, they've heard people talk about how the Nazis had it in the Second World War — if they did, they would have won.

That is ridiculous. It has to be something that's, that's out of our galaxy, it just has to be, if it is in fact is real.

TMZ: Congressman, you have always been a straight shooter. ...It's been bipartisan, but the one thing I've noticed is, it doesn't matter which president it is, nobody ever talks...

Clearly something is going on that, that we can't handle. UFOs were in the Bible. Read Ezekial it talks about the wheel flying around. They've been around since we've been around and somebody needs to come up with some answers. [...]

We reached out to Burchett's office to confirm the authenticity of the interview, which lasts roughly two minutes total, and a spokesperson indeed told us the video depicted the Congressman's beliefs regarding the mysterious sightings.

The spokesperson also shared with Snopes the following quote, apparently from Burchett: “In Genesis 1, God tells us He made everything in the universe, the heavens and the earth. Why should we believe that, in His infinite wisdom, we are the best He can do? That’s seems very arrogant.”

Burchett's recorded remarks surfaced roughly one week before U.S. national intelligence officials were scheduled to present an unclassified report on a series of unexplained aerial sightings over the course of decades.

Additionally, the congressman's statements sided with alien enthusiasts who also believe those incidents were otherworldly — unrelated to developments on Earth — and that top U.S. intelligence officials were not disclosing all that they knew about them.

Meanwhile, multiple reputable news organizations had attempted to get a preview of the highly anticipated report by contacting government officials (see The New York Times' report here and The Washington Post's report here). In summary, they reported the officials said the yet-to-be-released report found no evidence to confirm alien activity but did not rule out the possibility of extraterrestrial involvement, according to the June 2021 reports.