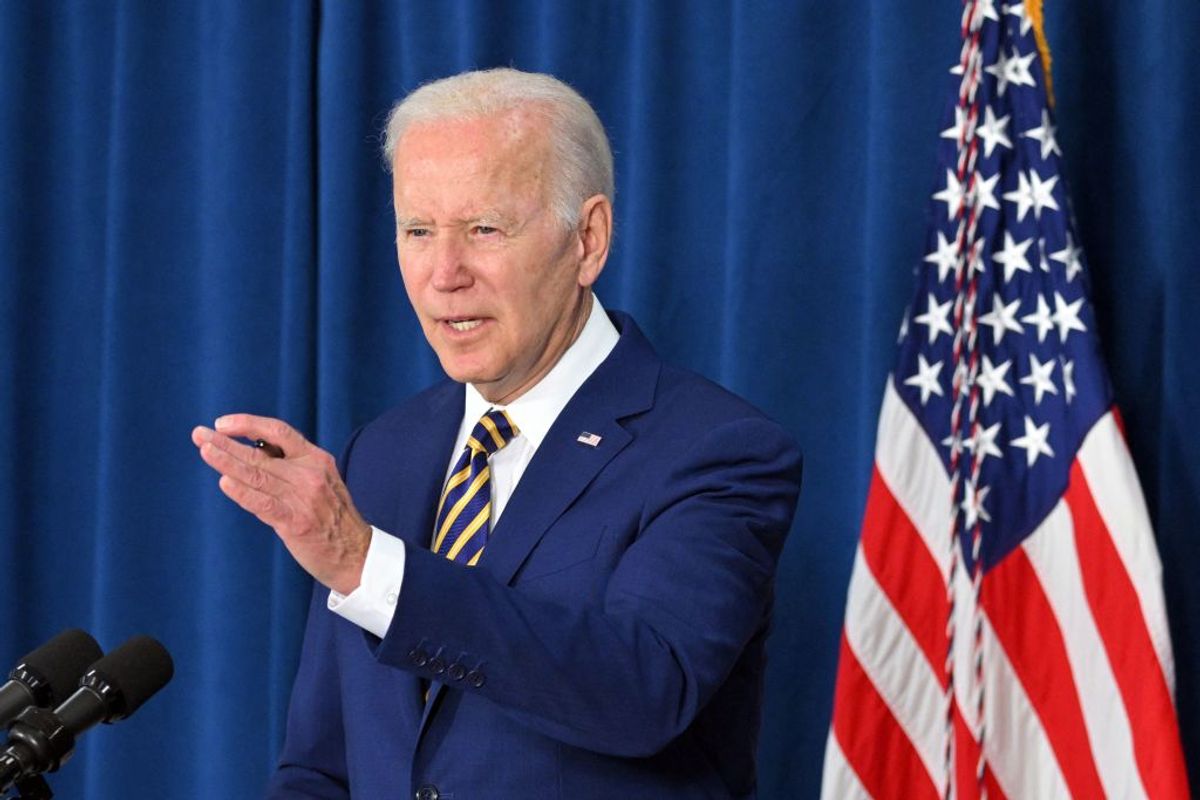 Claim:
A TikTok video shows a clip of a Joe Biden body "double" carrying his own handbags to a car.
Rating:

Notably, the above video clip doesn't contain any descriptions about the time, place, or circumstances under which it was shot. Although it doesn't state outright why the man in the video is supposed to be a Biden "double," the implication appears to be that Biden, as president, wouldn't carry his own luggage.

But the explanation may be a rather simple one: The video was taken during an earlier period of time, likely before Biden was president. He appears to be slightly younger in the video than he is now.

This isn't the first time the Biden body-double claim has been made.

For example, in 2020, Snopes debunked a claim based on false allegations that Biden's earlobes in various images and videos were different, proving he must have been cloned or using a body double.

In similar past claims, social media users posted a digitally altered image to falsely accuse Biden of using a body double to get a COVID-19 booster shot. Others confused a lighting effect to mean that Biden's skin tone didn't match his natural coloring, falsely alleging a body double stood in for him during a television interview.

As noted above, false claims that Melania Trump used a body double became so persistent that her husband, then-President Donald Trump, addressed it — in the process launching his own conspiracy theory.

"The Fake News photoshopped pictures of Melania, then propelled conspiracy theories that it’s actually not her by my side in Alabama and other places,” the president tweeted. “They are only getting more deranged with time."

“Fact Check-Claims That a ‘Body Double’ Got COVID-19 Booster Instead of Biden Are False, Use Digitally Altered Photo.” Reuters, 6 Oct. 2021. www.reuters.com, https://www.reuters.com/article/factcheck-bidennotbodydouble-booster-idUSL1N2R21GC.