Did Thomas Paine Write, 'The Duty of a True Patriot Is to Protect His Country from Its Government'?

We recommend taking a few seconds to search Google for reliable sources before blindly sharing quote memes on social media. 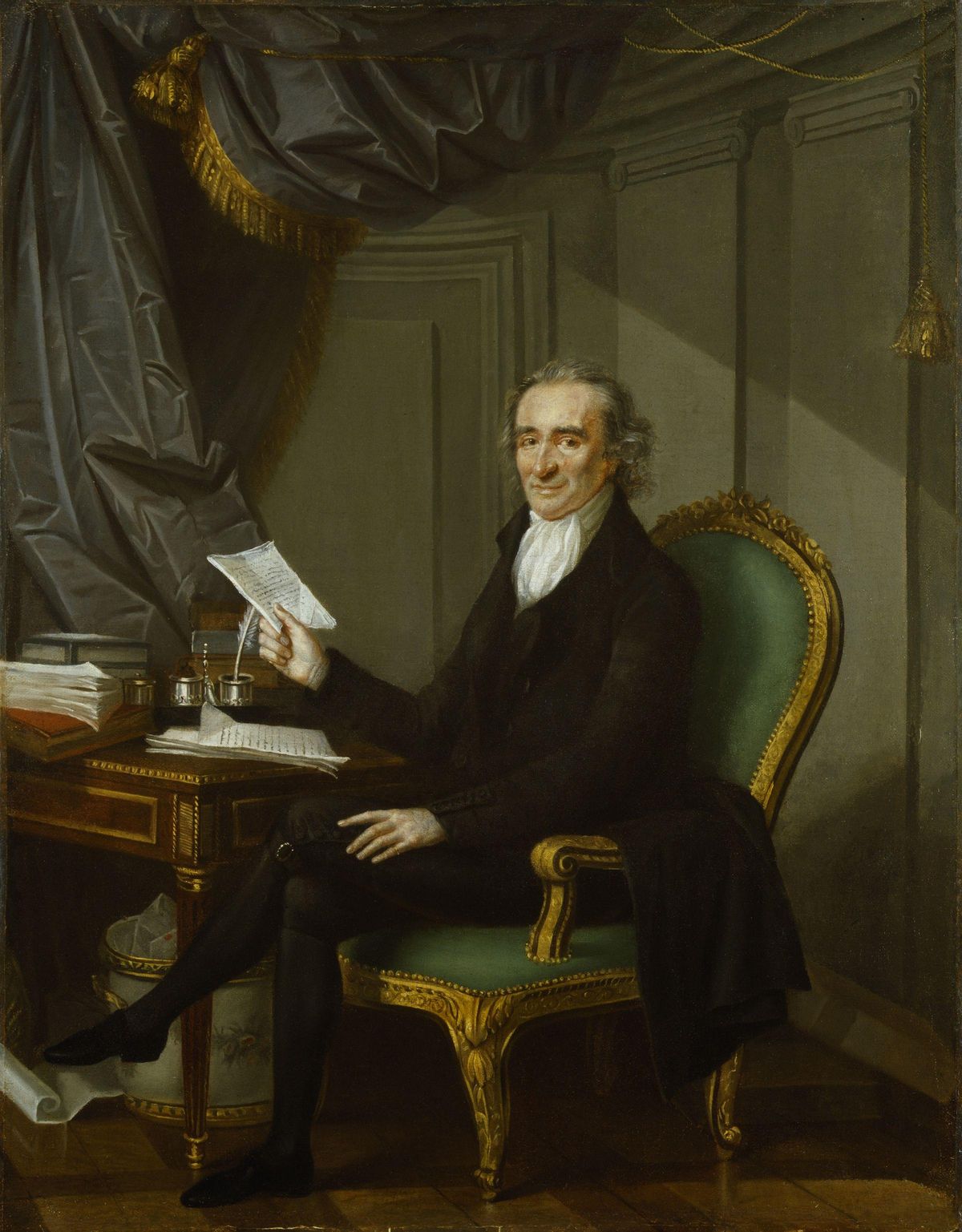 Claim:
Author Thomas Paine once wrote, "The duty of a true patriot is to protect his country from its government."
Rating:

On Sept. 14, 2022, a user on the Telegram social media platform shared a quote meme that claimed writer Thomas Paine once wrote, "The duty of a true patriot is to protect his country from its government." We also found that the quote had been widely shared on Twitter, YouTube, Facebook, and Truth Social. However, there's no evidence that Paine, who was perhaps most famous for his pamphlet titled "Common Sense," ever penned these words. The Thomas Paine National Historical Association published that the "true patriot" quote appeared to have been spun out of a sentence in Edward Abbey's book, "A Voice Crying in the Wilderness (Vox Clamantis in Deserto): Notes from a Secret Journal."

The quote appears in bold below:

The distrust of wit is the beginning of tyranny.

In history-as-politics, the "future" is that vacuum in time waiting to be filled with the antics of statesmen.

No man is wise enough to be another man's master. Each man's as good as the next—if not a damn sight better.

A patriot must always be ready to defend his country against his government.

All forms of government are pernicious, including good government.

Some of my ancestors fought in the American Revolution. A few wore red coats, a few wore blue coats, and the rest wore no coats at all. We never did figure out who won that war.

Grown men do not need leaders.

Democracy—rule by the people—sounds like a fine thing; we should try it sometime in America.

The "true patriot" quote was wrongly attributed to Paine by at least two far-right Telegram accounts named Patriot Force and We the People Declare Freedom.

The latter showed its purpose as centering around baseless conspiracy theories: "Go to this website and sign the petitions to take back our country and world from the DEEP STATE ACTORS."

In addition to debunking the origins of the "true patriot" quote, the Paine association's website also shed light on four other quotes that they say also did not originate with the author.

When it comes to fake or misattributed quotes, we recommend doing a bit of poking around online to find out if the words and attribution are correct before deciding to click the share button. However, readers may have a difficult time with researching quotes, as many websites that collect famous quotes don't bother to ensure their words and authors are correct. Unfortunately, such websites often show up at the top of Google search results.

We recommend instead looking to online libraries, official institutions dedicated to preserving the legacies of famous people, books written prior to the birth of the modern internet, and other historical records. These sources are often more reliable than websites that do nothing other than collect quotes from famous people.

Abbey, Edward. A Voice Crying in the Wilderness: Vox Clamantis in Deserto: Notes from a Secret Journal. Rosetta Books, 2015.