We looked into the history of a quote attributed to Jefferson on the subjects of religious institutions, civil rights, and the separation between church and state. 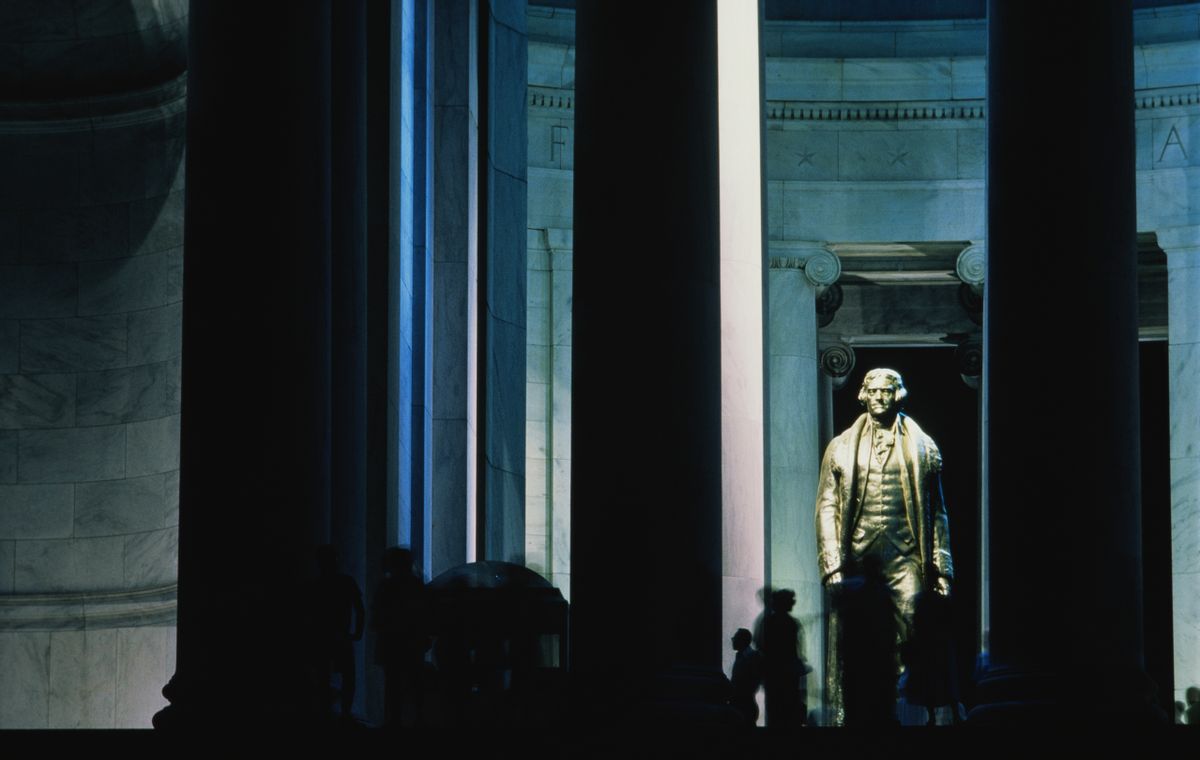 Claim:
Former U.S. President Thomas Jefferson once said, "Religious institutions that use government power in support of themselves and force their views on persons of other faiths, or of no faith, undermine all our civil rights."
Rating:

This quote was written by author Eyler Robert Coates, Sr.

In June 2022, we received reader mail that asked us to look into the veracity of a quote by one of the Founding Fathers. According to various memes and posts that appeared on Facebook since at least 2011, former U.S. President Thomas Jefferson once said, "Religious institutions that use government power in support of themselves and force their views on persons of other faiths, or of no faith, undermine all our civil rights." However, the truth was that this quote was misattributed in the memes and posts to Jefferson and had, in reality, been written by someone else. This quote did not come from Jefferson.

The reason that readers were asking us about these quote memes in June 2022 was quite simple. At the time, the quote was being shared by Americans who were opposed to the U.S. Supreme Court decision to overturn Roe v. Wade, which effectively stripped away women’s constitutional protections for abortion. We found evidence on Facebook that users had shared the quote memes after a draft leak in May and also following the decision becoming official on June 24.

According to Narkive.com, a newsgroup archive website, this quote originated not with Jefferson, but instead with author Eyler Robert Coates, Sr. Narkive.com directed us to an old page of Jefferson quotes that was once hosted by the website for the University of Virginia. The page was archived in the year 1999 by the Wayback Machine on Archive.org. It contained the same quote in its introduction, which was credited at the bottom of the website to Coates.

The full quote from Coates read as follows:

Because religious belief, or non-belief, is such an important part of every person's life, freedom of religion affects every individual. Religious institutions that use government power in support of themselves and force their views on persons of other faiths, or of no faith, undermine all our civil rights. Moreover, state support of established religion tends to make the clergy unresponsive to their own people, and leads to corruption within religion itself. Erecting the "wall of separation between church and state," therefore, is absolutely essential in a free society.

'Wall of Separation Between Church and State'

While the quote about religious institutions, civil rights, and corruption belonged to Coates and not Jefferson, the part near the end that mentioned the "wall of separation between church and state" truly was from the former president's own writing.

The Library of Congress credited the seven words to a letter sent by Jefferson on Jan. 1, 1802. The letter's recipient was "a committee of the Danbury Baptist Association in the state of Connecticut." Here's part of that letter with the relevant portion bolded:

Believing with you that religion is a matter which lies solely between Man & his God, that he owes account to none other for his faith or his worship, that the legitimate powers of government reach actions only, & not opinions, I contemplate with sovereign reverence that act of the whole American people which declared that their legislature should "make no law respecting an establishment of religion, or prohibiting the free exercise thereof," thus building a wall of separation between Church & State. Adhering to this expression of the supreme will of the nation in behalf of the rights of conscience, I shall see with sincere satisfaction the progress of those sentiments which tend to restore to man all his natural rights, convinced he has no natural right in opposition to his social duties.

Jefferson on Civil Rights and Religion

Jefferson did once write something similar to the quote in the memes that mentioned both civil rights and religion.

The passage came from Jefferson in his letter, "A Bill for Establishing Religious Freedom." It was dated to June 18, 1779, and included the words, "that our civil rights have no dependance on our religious opinions, any more than our opinions in physics or geometry."

The earliest known mention of a "wall" between church and state came in the 1644 book, "The Bloudy Tenent of Persecution, for Cause of Conscience, Discussed in a Conference between Truth and Peace." In the book, author and religious leader Roger Williams once wrote about a "hedge or wall of separation between the garden of the church and the wilderness of the world":

When they [the Church] have opened a gap in the hedge or wall of separation between the garden of the church and the wilderness of the world, God hath ever broke down the wall itself, removed the Candlestick, etc., and made His Garden a wilderness as it is this day. And that therefore if He will ever please to restore His garden and Paradise again, it must of necessity be walled in peculiarly unto Himself from the world, and all that be saved out of the world are to be transplanted out of the wilderness of the World.

The same quote from Williams also appeared in his writing known as, "Mr. Cottons Letter Lately Printed, Examined, and Answered."

Much more can be studied in Jefferson's other writings on religion, including on Monticello.org, a website that is operated by the Thomas Jefferson Foundation, Inc. For this fact check, however, we've concentrated mainly on the fact that the "religious institutions" quote in question came not from Jefferson, but rather Coates.