Do Thieves Use Trash to Case Homes for Expensive Christmas Presents?

Although concealing boxes for big-ticket items is never a bad idea, no evidence suggests that flashy trash increases your risk of being robbed. 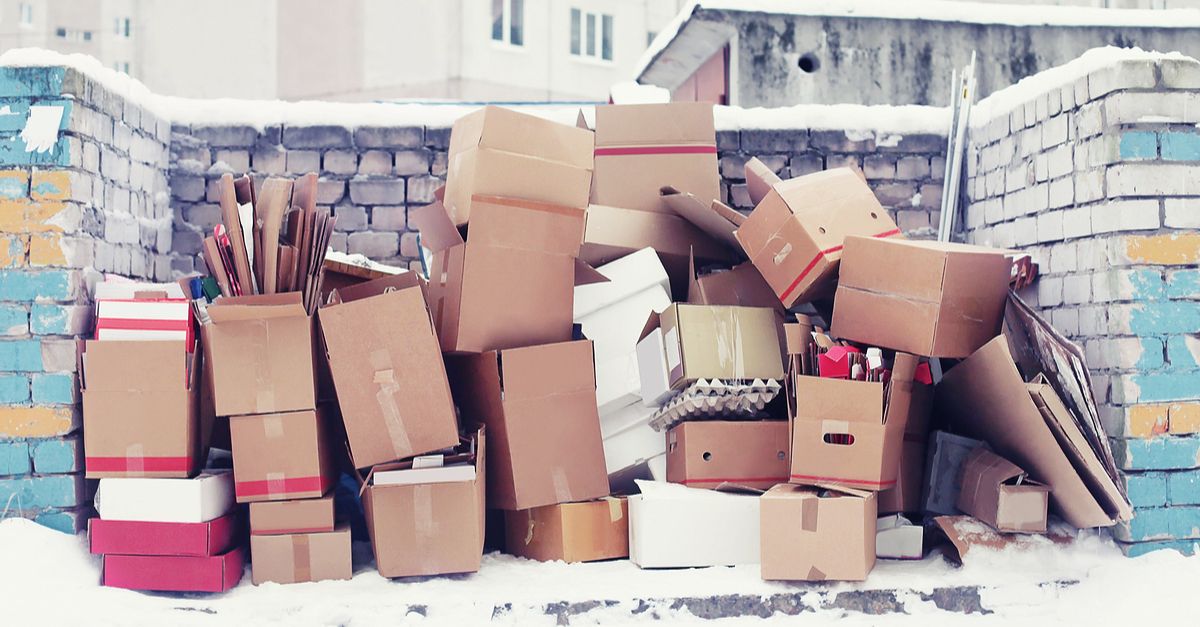 Claim:
Thieves select homes to break into after Christmas by taking note of boxes curbed as trash or recycling.
Rating:

Holidays like Christmas frequently inspire an uptick of crime avoidance tip of questionable merit, such as one popular rumor that indiscreet disposal of fancy gadget boxes can leave people open to an increased risk of robbery and theft.

After 25 December 2016, Facebook was awash in warnings encouraging everyone to disguise their Christmas refuse from enterprising thieves "shopping" the flashiest trash:

Police departments and municipal agencies (which are known to occasionally give shaky advice on social media) frequently included the tip in their holiday advice posts: In some versions, discarded holiday boxes were compared to leaving doors open to thieves, so great was the purported risk: In the weeks leading up to the holidays, similar rumors about avoiding crime while shopping circulate and recirculate every year. As with most of these stories, the post-Christmas rumor that thieves use trash to target homes with desirable new items includes zero evidence to support the claim, just directives to drive your garbage to a second location to ward off crime and theft. The rumors imbue a sense of misplaced security at best (and at worst, a lingering fear among people who tossed their boxes before seeing the rumor).

But is the risk high enough to justify concern and heightened caution? It is true that holiday-related crimes take place each year, and in December 2016 gift-grabbing robbers did make the news in several locations across the United States. Of particular note in those scenarios was that the victims did not appear to have been targets of trash-casing thieves, but rather selected at random, meaning that no amount of garbage rearranging would have spared them. One of the affected families was attending a religious service during the crime; by that rationale, you're arguably more likely to be robbed of your new things while driving your trash to a faraway recycling plant than because you discarded the boxes where thieves might view them.

Another consideration worth remembering is that burglars, thieves, and other criminals need no particular inspiration to commit crimes, and are overwhelmingly opportunistic. Furthermore, many homes can reasonably be expected to have televisions, computers, gaming systems, and other valuable items inside them at any time of year. In 2014, Boston.com attempted to determine if the holidays in general carried a heightened risk of being robbed, and were unable to substantiate the claim.

Jokingly blaming the cultural influence of Home Alone (a film series that coincidentally prompted its own Christmas warning in 2016, thanks to a misfired joke) the newspaper also noted that the idea that the month of December is teeming with crime is often advanced by entities hawking preventive goods or services, such as cameras or security personnel:

Every year, along with the snow and the Christmas lights, comes a flood of warnings to protect your home from burglars looking to take advantage of all the houses left empty during holiday vacations ... But google something along the lines of “holiday home break-ins’’ and you’ll see a lot of "tips" written by insurance agencies or companies selling home security systems. Not surprisingly, some of those tips include "Buy our security equipment," or "Get our insurance."

So are holiday crime sprees just a myth cooked up by self-interested corporations and classic 90s films? Or do the numbers justify the fears? ... Boston.com dove into the stats from the last few years, punching our calculators and tabulating the averages to bring you the answer, which is... it kind of depends.

The Boston Police Department breaks their crime data down by week, so we actually get to see how the trend changes within the month of December in 2012 and 2013 ... The first half of December is pretty normal (i.e. the blue and green bars are about the same height as the purple bar, which represents the average of all 52 weeks of the year), but in both years those last two weeks – where Christmas and New Years fall – saw significantly more burglaries than the normal week ... [but] Boston police don’t keep separate numbers for home burglaries vs. burglaries of businesses, so not all of the break-ins we’re looking at happened at people’s houses. It’s possible commercial burglary is more common during the holidays, while residential burglary is not (or vise versa).

... There’s really no [discernible] pattern here. In 2012, November saw fewer than average home break-ins and December was roughly on par with the rest of the year. In 2013, November saw a few more break-ins than usual, but the numbers plummeted in December ... The Cambridge Police Department at least has an explanation for the tiny number of break-ins during December of 2013. The annual crime report from last year reads, “The majority of this decline can be attributed to the eradication of three housebreak patterns that had been a problem from late September to mid-November."

Boston.com concluded that while normal levels of concern were advisable, taking extensive precautions was not necessary. A 2013 CNN Money item took a separate stab at substantiating the belief that burglars are spurred on by holiday bounties, only to discover that December wasn't even the worst offender among calendar months (pointing to summer vacations as a larger problem).

The piece was peppered with somewhat contradictory details, noting that burglaries peak in the summer nationally and citing travel as a known factor, before doling out the "cut up your boxes" advice:

In several states, according to the FBI, December is the peak month for burglaries as folks leave homes unattended during the holidays ... Nationally, burglaries peak during the summer vacations, though December is close behind.

Many families take off, leaving homes empty -- except for all the gifts. And winter storms can make it obvious that nobody's home.

"Criminals drive through neighborhoods looking for places to burglarize," said Hayden. "If there's newly fallen snow that hasn't been shoveled, they figure the home is empty."

He added that many townspeople put their beautifully decorated Christmas trees -- and all the gift packages stacked beneath them -- right at the front of the living room.

"Burglars can walk around and window-shop," said Hayden.

The criminals are already aware that homes are filled with loot this time of year -- jewelry, televisions, smart phones and computers. Sometimes homeowners advertise what they got for Christmas by putting out for trash collection the empty boxes their gifts came in, according to Gary Holliday, deputy chief of the Knoxville, Tenn., police department ... To minimize risk, police advise homeowners to cut up boxes and stuff them into black garbage bags before putting them out for collection.

Social media, holiday home vacancy, and knowledge of attractive loot were all cited by police as possible factors, but no evidence indicated any or all of those circumstances caused anyone to fall victim or inspired crimes. Overall, police said thieves are aware of holiday gift-giving, suggesting that discarded boxes are not a primary contributor to Christmas crime.

Not only was the notion of a Christmas crime spike mostly anecdotal, information suggesting thieves "shopped" from boxes at the curb appeared to come solely from speculation about criminal behavior, not the real-life practices of thieves. By most accounts, criminals target homes bearing signs of non-occupancy, not those "advertising" their loot.