Did Phil Spector Record an Unreleasable Song to 'Screw' His Former Partner?

Spector was an American record producer of the 1960s who was described by the writer Tom Wolfe as the “First Tycoon of Teen.” 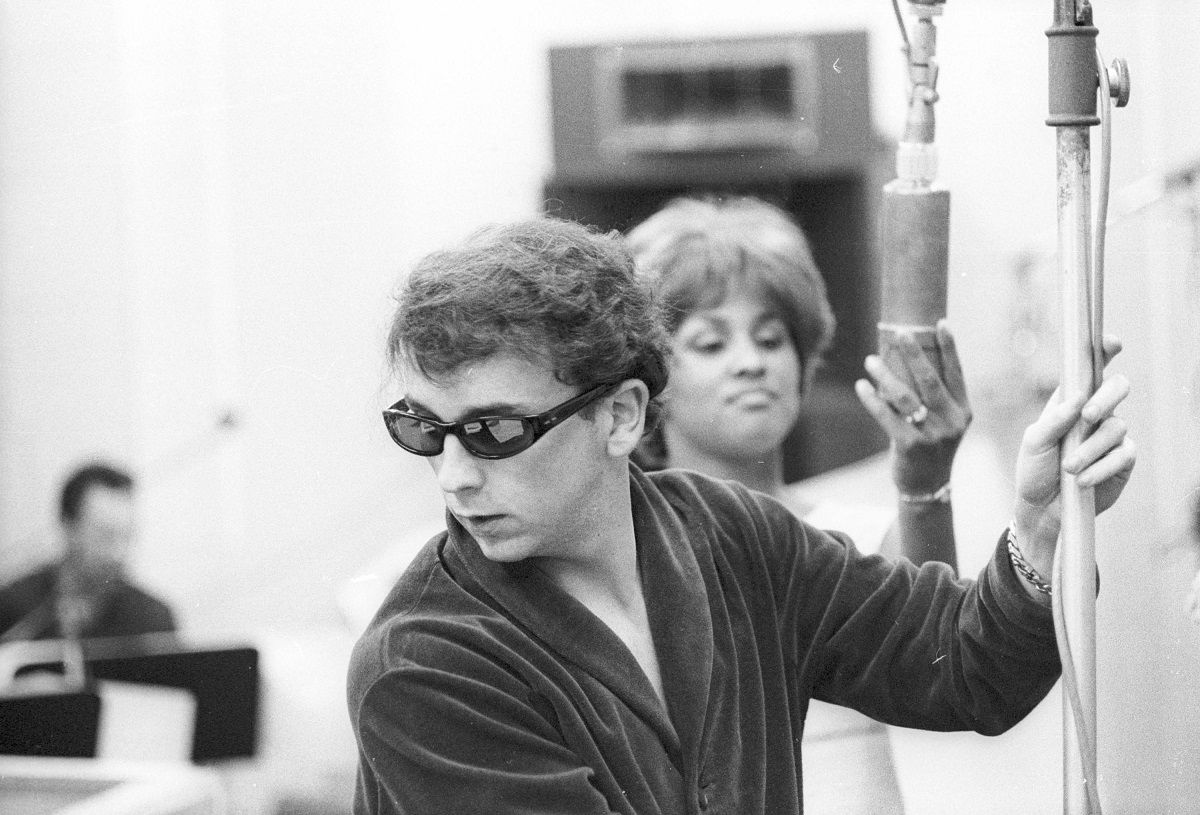 The relationship between the worlds of art and commerce has long been an uneasy one. Artists, beholden to commercial concerns, have often found themselves having to compromise both the quality and the quantity of their work in order to live up to contractual obligations.

The music, publishing, and film industries are rife with tales of the extremes creative types have sometimes resorted to in order to get out from under commitments they found to be no longer desirable yet still binding. After the breakup of Creedence Clearwater Revival, for example, John Fogerty found his solo career was bound by an onerous contract that obligated him to continue recording for a label, Fantasy Records, whose owner he despised. Fogerty couldn't possibly produce enough material to fulfill the terms of the contract, but neither could he record for anyone else until he did. When Fantasy's owner refused to let him out of his obligations, Fogerty took the drastic step of surrendering all future royalties for his Creedence Clearwater Revival work in order to be allowed to move to another label. (Forgerty's antipathy towards Fantasy Records and its president, Saul Zaentz, was the reason why he refused to perform any Creedence Clearwater Revival material for many years.)

The other end of the spectrum involves artists who deliberately create substandard work in order to fulfill the technical requirements of a contract while "kissing off" the other party by delivering product practically guaranteed not to sell. Most contracts now have an "acceptability" clause to guard against such an eventuality, a concept that was played out in the tabloids in 1996 when actress Joan Collins was sued by her publisher, Random House.

Collins had signed a deal to write two novels for Random House in exchange for $4 million, but the finished work she had submitted was so dreadfully bad that the publisher demanded the return of Collins' $1.3 million advance. Collins countersued, claiming that her contract only required her to deliver "complete manuscripts," not "acceptable" ones. Collins eventually prevailed, with the court ruling that not only could she could keep her advance, but that Random House owed her an additional $1.3 million for her first novel. The publisher was allowed to forgo paying her for the second book, however, as it was deemed to be merely a rehash of the first novel and not a separate piece of work.

No one claimed that Collins had deliberately submitted substandard work, but that claim has been attached to one of the most famous producers in popular music history, and to an infamously legendary record.

In 1958, at the tender age of 17, wunderkind musician Phil Spector wrote, sang on, and produced the #1 hit "To Know Him Is To Love Him." Record production was Spector's forte, however, and three years later, after having produced singles for a variety of record labels, the notoriously temperamental and egotistical Spector finally gained the complete artistic control he wanted with the formation of his own record label, Philles Records in 1961.

Philles Records wasn't wholly Spector's own label, though. The company was a partnership between Spector and Lester Sill, "the most ubiquitous and well-connected figure in the West Coast rock scene," for whom Spector had crafted his highest-charting record to date as a professional producer, the Paris Sisters' "I Love How You Love Me" (a #5 hit in 1961). Hence the label was an amalgam of the two men's given names: Phil + Les = Philles (not "Phillies," like the Philadelphia baseball team).

Over the next few years, Phil Spector turned out a string of hits on Philles with groups such as the Crystals, the Ronettes, and the Righteous Brothers, all utilizing his famous "Wall of Sound" production techniques. But along the way, Spector — whose "peevish independence" doomed his being a joint participant in any creative venture — inevitably had a falling-out with his partner. It was his artistic genius that had made Philles a success, Spector felt, and he wasn't about to share the rewards with someone else any longer than necessary — especially after Lester Sill had the impudence to interrupt Spector's string of hits by producing and releasing non-charting singles of his own on Philles. When Spector started calling meetings at which he failed to appear, made himself nearly impossible to reach, and began signing contracts and arranging business deals without consulting Sill, the end of the partnership was in sight, only a year after it had begun.

Lester Sill eventually sold out his share of Philles Records to Phil Spector for $60,000, and he didn't even manage to collect that small sum, as Spector withheld the money, claiming that Sill still owed him royalties for his work with the Paris Sisters the year before. Sill then had to sue Spector to recoup payment for his share of Philles, precipitating Spector's creation of the most notorious contracting-ending recording in pop music history.

In January 1963, Phil Spector went into the studio with Philles' best-selling act, the Crystals, along with pianist Michael Spencer and two other musicians, to record a Spector-penned tune entitled "(Let's Dance) The Screw - Part 1." The "song" featured the Crystals, backed by a catchy dance beat provided by piano, bass, and drums, warbling a verse that went something like this:

The chorus consisted of nothing but the word "dance" chanted six times, preceded and followed by Spector's monotonic exhortation to "Dance the screw." Chorus and verse were repeated over and over for close to six minutes, and the results were pressed as a record labeled Philles 111. The B-side was, of course, "(Let's Dance) The Screw - Part 2": another six minutes of the same thing. A copy of said record, stamped "D. J. COPY - NOT FOR SALE," was duly delivered to Lester Sill: The legend surrounding this act of musical revenge is that as part of his legal settlement with Spector, Lester Sill was awarded the royalties from the sales of next Philles single. By deliberately creating an unreleasable product, the tale went, Spector had "screwed" his former partner out of any additional money:

The story goes that Spector lost a lawsuit, and the guy he lost it to demanded the royalties to the next Crystals record as compensation. So Spector recorded a little ditty in which a man says the title over and over, and pressed up a couple of copies. Neat revenge.

The "screwed out of royalties" aspect of the legend does not stand up to scrutiny, however. Mark Ribowsky's biography of Phil Spector quotes Lester Sill extensively, and Sill says nothing about having demanded royalties from the next Philles single as part of his settlement. It also seems unlikely that Sill would have suddenly changed tack in court and willingly made his compensation be dependent upon Spector's future commercial success rather than simply asking for a set amount of money, especially since he had originally agreed to sell out for $60,000 just to be shed of Spector:

I sold out for a pittance. It was shit, ridiculous, around $60,000. I didn't want to but I had to. Let me tell you, I couldn't live with Phillip ... I just wanted the fuck out of there. If I wouldn't have, I would have killed him. It wasn't worth the aggravation. No matter how important it was, it wasn't that important.

Moreover, if Spector were going to try the legal dodge of issuing a record he knew wouldn't sell so as to technically fulfill the terms of a settlement while generating as few royalties as possible, he had to put at least some copies of the record on the market so that it had a chance to sell, even if no one wanted it. But according to Ribowsky, "the record was not intended for release, and the only person who received a copy was Lester Sill." (A few other copies are known to exist, making "[Let's Dance] The Screw" one of the rarest of record collectibles.)

The fact that Spector re-used the same label number (111) for his next Philles release (Darlene Love's "Today I Met The Boy I'm Gonna Marry") also indicates that "(Let's Dance) The Screw" was never considered an official Philles release, even as a pretense. Philles had earlier issued and withdrawn an ill-considered single featuring the Crystals singing the Goffin-King song "He Hit Me [And It Felt Like a Kiss]," but in that case the label number (105) was not re-used.

If "(Let's Dance) The Screw" wasn't intended as a royalty-killing non-seller, then what was the point? Perhaps nothing more than the obvious, as Lester Sill noted: "He wanted to get me. That was him saying, 'Fuck you, buddy.'"

A similar story is true about the Rolling Stones, though. When the Stones decided to leave Decca Records and start their own label called Rolling Stones Records in 1970, Decca informed the group that their contract obligated them to deliver one more single. The Stones dutifully complied by handing over the obscene track "Schoolboy Blues," also known as "Cocksucker Blues," a recording that Decca dared not issue. Strangely enough, that song was eventually released by Decca in Germany, as a bonus single originally included with the 1983 four-LP boxed set The Rest of the Best. The set was quickly pulled and rereleased without the single.

In 2009, Spector was convicted of the 2003 murder of actress Lana Clarkson and sentenced to a term of 19 years to life in prison.